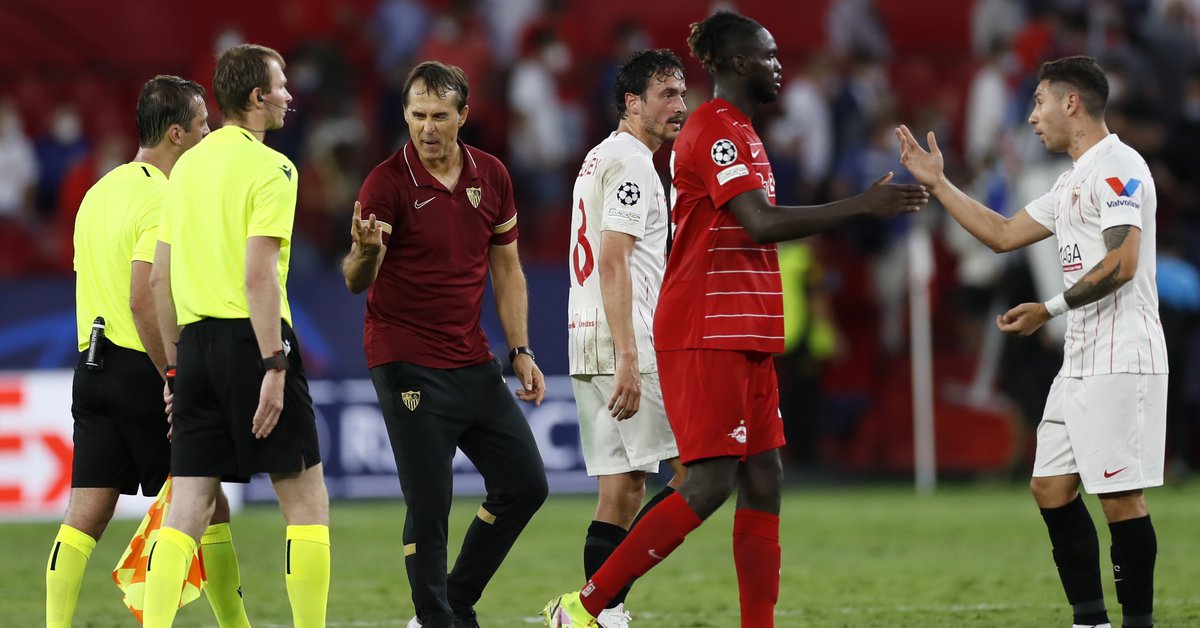 Seville, Sep 14 (EFE) .- Sevilla coach Julen Lopetegui said this Tuesday, after the 1-1 draw against Salzburg at the Ramón Sánchez-Pizjuán stadium, that his team has “made a great effort against a great rival, one of the fastest in Europe “in a” complex context, three penalties against and one expulsion. “
“We have not collapsed and we have deserved to win with clear chances in the final stretch. It was a shame not to score the second goal after many problems against throughout the game,” added the Sevilla coach in his appearance after the game in the press room of the Sevilla stadium.
For Lopetegui, the Belarusian referee Aleksei Kulbakov “has done his job”, although from his point of view “he cannot be happy” because he considers that “at the minimum, he has yellowed” the players of his team, “but not them. “.
The coach of the Seville team insisted that the match “was strange” in a competition in which “the rivals are good, as was said in the previous one” and that, in the case of Salzburg, they have “very great footballers.”
He added that Sevilla did “a good first twenty minutes” and that “without having suffered, he was punished with three penalties” which, in his opinion, could “have been safely avoided.”
He also stressed that the expulsion of Moroccan striker Youssef En-Nesyri, is not “common in the ‘Champions’ either”, seeing the second yellow for simulating a penalty, although he pointed out that they should not “focus on the referee” and highlight “the great effort made by the boys. “
The Spanish coach finished the match “satisfied with the attitude” of his footballers “but not with the point” because Sevilla had the advantage of the public that “in this type of situation, the breath of the stands has helped. It is something that is appreciated “.

READ:  Delays in the diagnosis of Hemophilia during a pandemic - Mundodehoy.com

CHECK IF YOUR COMPUTER IS EXPOSED TO THIS NEW SECURITY FLAW