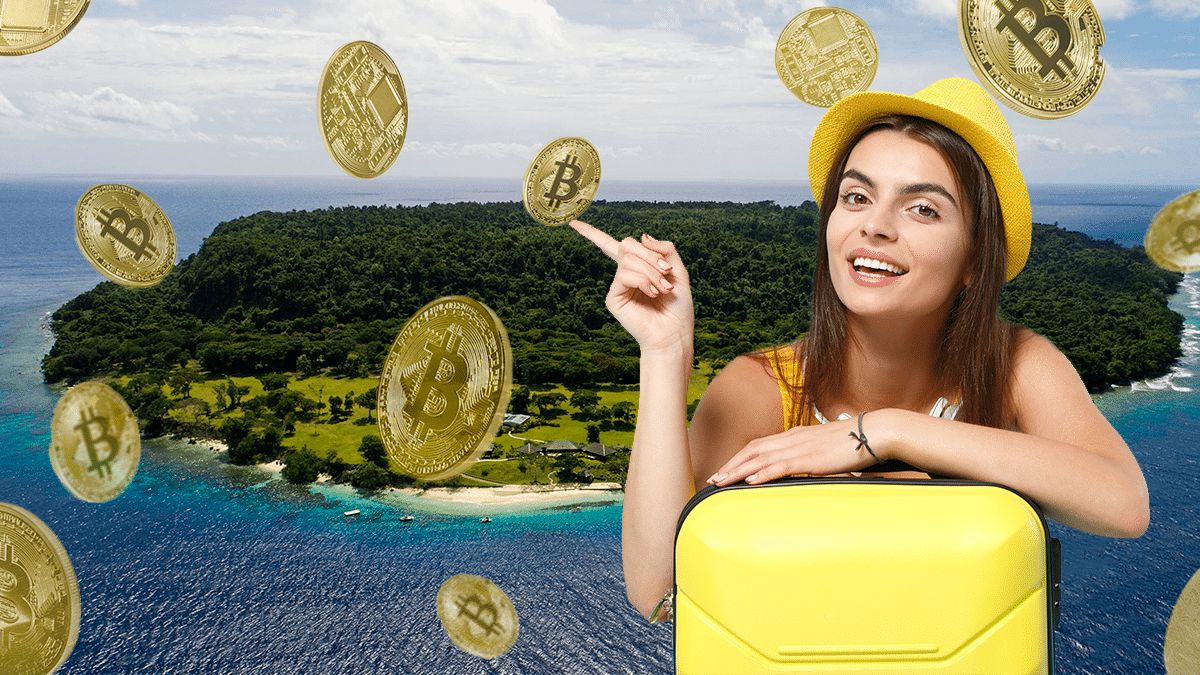 Lataro Island is a paradisiacal place of 3,000 square kilometers located in the Vanuatu archipelago, close to Australia in the South Pacific Ocean. This private island territory recently changed its name, and is now called Satoshi, after the creator of Bitcoin.

their owners want turn the islet into the world capital of Bitcoin, with an economy centered on the pioneer of cryptocurrencies and a government system governed by a Decentralized Autonomous Organization or DAO. A place specially designed to attract cryptocurrency enthusiasts and crypto industry professionals from all over the world.

On Satoshi Island cryptocurrencies are recognized as the only monetary expressionpoints to a document in which the project that expects to welcome its first inhabitants during the fourth quarter of this year is presented.

“Living, working and visiting Satoshi Island will be an experience like no other. The tech industry has Silicon Valley, the entertainment industry has Los Angeles, and soon the crypto community will have its own mecca.”

The first stage of development on the island has now been completed, so for now there are several traditional island-style villas and a relaxation center. However, the plans point towards the consolidation of an ambitious project that includes the construction of modular smart houses called “Satoshi Island Modules”.

The private island is presented as belonging to the equally private fund management group Satoshi Island Limited, of which there is no mention of evidence that it legally exists, or jurisdiction where it would have been registered.

The initiative would be backed by the Vanuatu Ministry of Finance, but recently the government issued a public statement claiming that the project is violating their rulesalthough Satoshi Island Limited assures that it is a misunderstanding.

In the meantime, Satoshi Island is on the lookout for cryptocurrency enthusiasts and industry company representatives who I would give them a grant for a piece of land. On the spot they will be able to build private houses or apartment complexes and choose to reside in them or lease them to other potential islanders, as detailed in a publication in medium.

“Satoshi Island Grants are awarded to individuals and organizations that have made a significant impact on the cryptocurrency and NFT industry. The grants are designed to reward excellence and dedication by ensuring the recipients’ place in the history of Satoshi Island.”

Those who are interested in receiving a grant may apply to be evaluated by the project’s fund management group. Lands are available to 21 industry organizations of the blockchains that have generated a positive impact in the sector.

There are also 21 plots available for influencers of the cryptocurrency ecosystem who are interested in having a house on the island. “This grant is designed for people who have proven knowledge of the industry, as well as a strong community behind them,” says the group behind the project.

Read:  Bankman-Fried is called to appear at a hearing in February

There is also 21 available land for digital artists and others with projects recognized by the non-fungible token (NFT) community.

The Bitcoin Park, located in the center of the island, It has a special area for major events in the cryptocurrency ecosystem., so interested companies can apply for a grant. With this, they will be able to have full access to the space once a year, without having to pay fees and reserving 100% of ticket sales.

These Satoshi Island lands will be convertible into a Non-Fungible Property Token (NFPT) and the holder will have to follow the steps to transform this digital property title into a traditional one, registered in the Vanuatu registry, the company adds in its presentation.

On the other hand, it is noteworthy that apart from the information, quite well presented, shared in the Official sitethere are very few elements to build an objective view of the true viability of the project.

A nation for its own citizens

The company behind Satoshi Island ensures that its territory will be governed by its residents under a governance system similar to that of a DAO. Although it does not detail what what they call “a democracy built on a chain of blocks” will be like. It only adds that “the representatives of the people will be chosen in a fair and transparent manner and all Satoshi Islanders will have the opportunity to express their opinion. One NFT, one vote.”

the island too offers its future inhabitants the opportunity to obtain citizenship from the Satoshi territory, which they would receive in NFT format, with the exclusive advantages and rights of a defending state of cryptocurrencies.

Satoshi Island tries to attract bitcoiners to its territory, as well as Bitcoin City, announced last November by the president of El Salvador Nayib Bukele, as reported by CriptoNoticias. It aims to be the first bitcoiner city in the world and it will also be powered by geothermal energy and will be almost tax free.

For several years, bitcoiners have been pursuing the dream of living in a territory based on a financial system where Bitcoin is king.

That idea was born as a fantasy tale known as The Citadel or La Citadel de Bitcoin which first emerged as a tongue-in-cheek post on Reddit where an alleged time traveler from the year 2025 had traveled back to the year 2013 to warn bitcoiners about what the future would look like.

What was to come was a world where most of the governments on the planet had ceased to exist due to lack of ability to collect taxes and it was then that humanity adopted the queen of cryptocurrencies.

Until now, the idea of escaping from the control of the States, in accordance with the philosophy of Bitcoin, is still a dream for the bitcoiners of the planet since, although several initiatives are emerging that focus on a libertarian ideological line, none of them has crystallized yet.