Long-term health effects of the pandemic

By NicolasOctober 12, 2021No Comments3 Mins Read 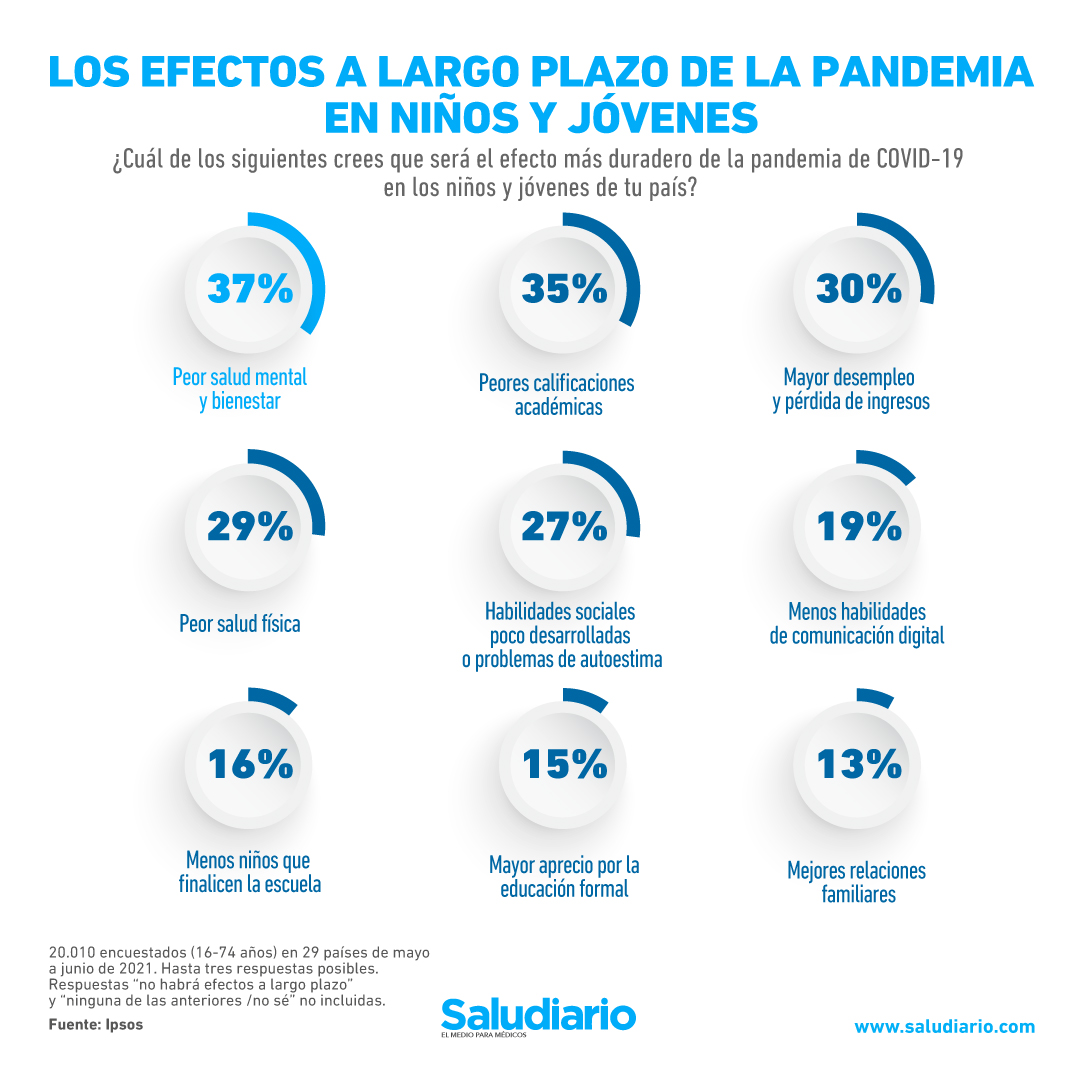 For just over a year the world has been experiencing one of the greatest crises in modern history. So far, covid-19 has caused 219 million infections and 4.55 million deaths. Although both figures keep increasing daily and there is a permanent risk of suffering a regrowth that causes greater damage. But the most serious are the health effects caused by the pandemic and which can be seen in different ways.

One of the areas most affected and to which insufficient attention is paid is that of mental health. A large part of the world’s population had to remain locked up to avoid risks, and although it is an appropriate strategy, it has also caused damage to the inhabitants.

To date there are people who remain locked up and avoid exposing themselves to the elements. As a result, they have developed symptoms of anxiety and depression that affect their quality of life. In addition, an increase in sleep disorders has also been reported in the world population.

Similarly, among young people who saw their education interrupted, more health effects are reported by the pandemic. In some cases they had to resort to technology to continue their studies, although it is not the same because they require human contact. While in other cases they simply missed a school year and that can cause the current generation to be the least prepared in history.

For its part, the pollster Ipsos carried out a study between May and June of this year in 29 countries around the world. The objective was to know the long-term effects caused by the pandemic.

As part of the above, it was obtained that mental health and well-being occupy the first place because 37 percent of children and young people will be affected. While in second position with 35 percent are academic qualifications.

Lower down is higher unemployment and loss of income at 30 percent. The pandemic has been responsible for one of the highest unemployment rates in decades. Although the situation has gradually leveled off, the levels prior to the health emergency have not yet been reached.

Similarly, the worsening in physical health is mentioned. As a consequence of the pandemic, sedentary lifestyle has increased and that has impacted on higher levels of obesity and overweight.

While other health effects will be underdeveloped social skills, self-esteem problems and fewer children completing school.