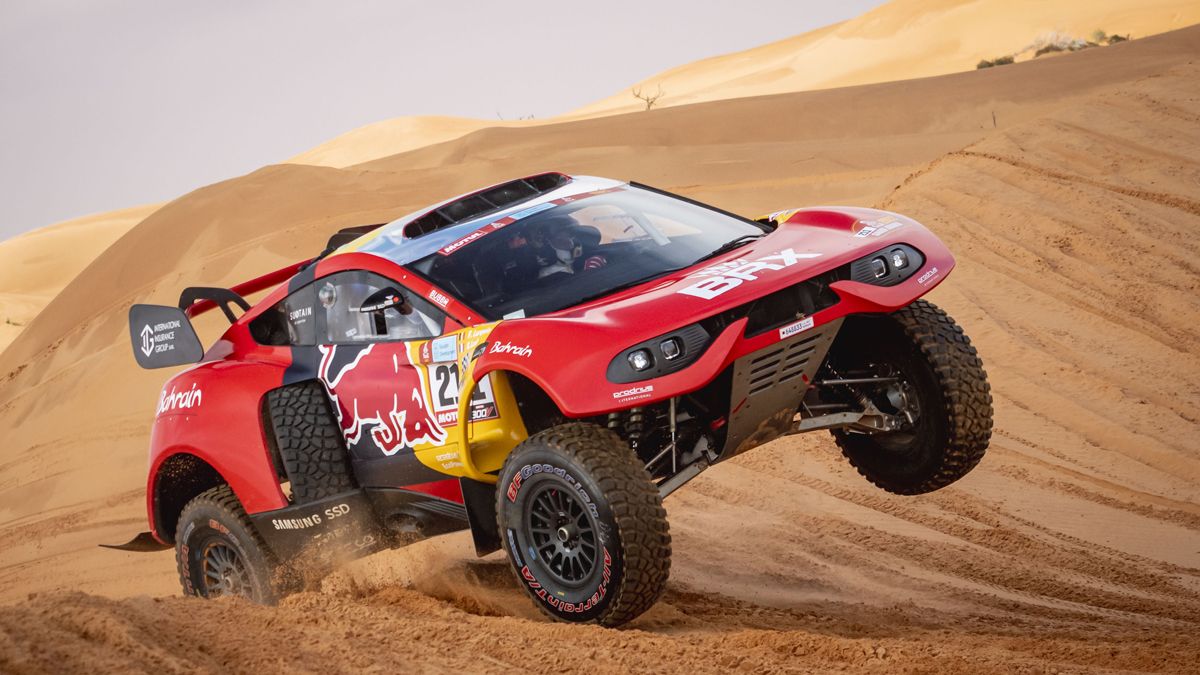 The seventh stage of Dakar 2022 started after the rest day to start the second week of the rally. At this stage towards Al-Dawadimi the terrain promised dunes, sand and a labyrinth of tracks for cars.

Terranova was the first to start after winning the sixth stage about Mattias Ekström’s Audi. Giniel de Villiers departed, after his 5-hour penalty was lifteds, with the intention of returning to fight for the title against Al-Attiyah and Sébastien Loeb.

Mattias Ekström took the lead at the first checkpoint with seven seconds ahead of Al-Attiyah and 27 seconds over Giniel de Villiers as Loeb was determined to make up for lost time on stage six. The leading group they were in Lategan, Sainz, Loeb, Ekström and Al-Attiyah he stayed very tight in the first km of the stage where any small mistake made them lose positions.

Carlos Sainz took the lead at km 77 with Loeb on his heels. The Spaniard managed to maintain the lead over Loeb for much of the stage but the Frenchman held firm just 4 seconds behind Sainz and finally managed to position himself in the lead, Lategan closely following them two minutes behind.

Loeb appeared provisional leader at km 220 with a Carlos Sainz who could no longer keep up with him and was more than three minutes behind the French. Meanwhile, Giniel de Villiers suffered a severe blow and stood at km 198 waiting for assistance from Lategan, his teammate. The Toyota men managed to fix the fault but Villiers lost an hour and Lategan 40 minutes.

Sébastien Loeb pushed hard and planted himself at km 299 with a 5-minute lead over Sainz and 6 minutes over Al-Attiyah. Yazeed Al-Rajhi passed 4th, almost 9 minutes behind Loeb and Stéphane Peterhansel, after a great comeback, closed the provisional Top 5.

Finally, after mastering most of the 400 km from Riyadh to Al Dawadimi, Sébastien Loeb takes the victory of the 7th stage of the Dakar with 5’26 “advantage over Al-Attiyah who is second Y Carlos Sainz shows that he can go fast with the Audi and takes third position.