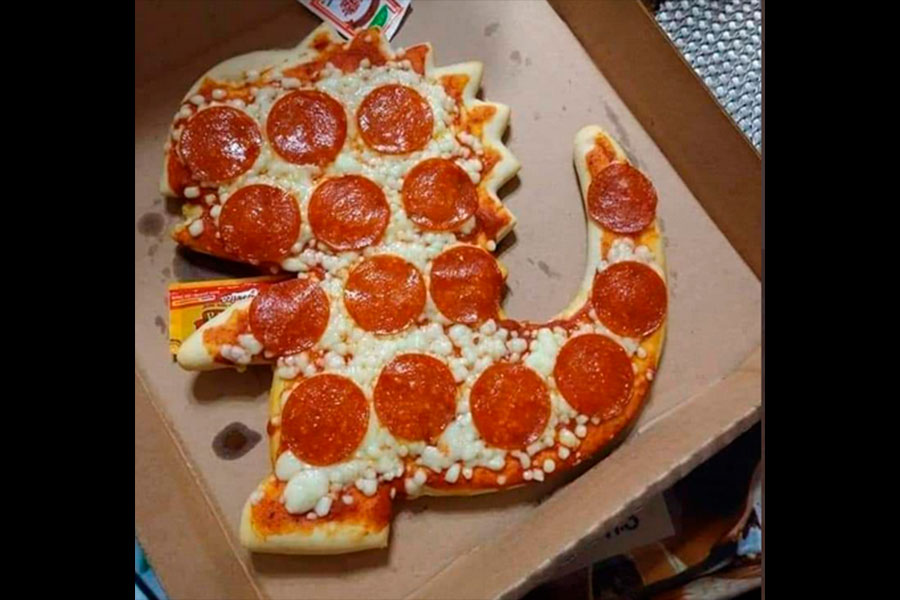 Little Caesars Dinopizza has arrived in Mexico and has already managed to excite consumers. However, due to a problem totally unrelated to the responsibilities of the brand, users have been disappointed.

This is because, in the last days before its release, fake images about the pizza have been shared on different social networks, a fact that has affected the reception of the product.

Little Caesars Dinopizza arrives in Mexico, but it is not as expected

The Dinopizza announced as a collaboration with the famous dinosaur franchise, Jurassic Park, is part of the promotion of the third film in the saga, Jurassic World: Dominionwhich will hit theaters next Thursday, June 9.

The fans’ wait has been long, however, the company has decided to surprise them with a special edition that will leave locals and strangers happy.

However, fake images of the pizza design have been circulating on social networks, which have conditioned users’ reception of it.

This is one of the fake designs that they have shared on social networks:

The concept of the Dinopizza, on the other hand, is inspired by the feeding of the dinosaurs, in the division between carnivores and herbivores.

These have been some of the reactions of users on social networks, who still think that the design is the real one:

Of those who brought #BatiPizzaLittle Caesars , now bring the #DinoPizza.

And what does it bring, the same, BUT IT IS IN THE FORM OF A DINOSAUR!!! pic.twitter.com/CMJbkvGMvO

Just when I thought they couldn’t come up with something uglier than Batman’s pizza… they bring out the Dinopizza and totally vindicate themselves. IT’S WELL P1NCH3 BEAUTIFUL! I want two! 😯🤤 https://t.co/s6FoXMCGZ3

At the moment, the real Dinopizza is already available in Mexico and the real design is on the Little Caesars pageaccompanied by its official price.

Little Caesars and the pizza industry

This pizza company was born in May 1959 and since then it has only established itself as one of the largest in the world.

Data from the specialized portal, Statistareveal that the chain achieved sales of approximately 3.95 billion US dollars in the United States during 2020. Also, the company’s sales showed an increase with respect to the figure presented in the previous year, which is 3 thousand 810 million US dollars.

Similarly, Little Caesars managed to experience growth during 2020 despite the coronavirus (COVID-19) pandemic. The specialized theory indicates that this was due to the high demand for fast food, since people could not go out to the street to stock up on food freely as was done previously.

However, despite standing firm, Little Caesars failed to get the first position in terms of sales, which has the United States as its main reference. This position belonged to the global giant Dominos Pizza. Meanwhile, second place went to pizza hut.

In spite of everything, Little Caesars has remained the third best pizza company at the moment, since it has earned its way with a great expansion in territories such as Mexico, Chile and Canada.