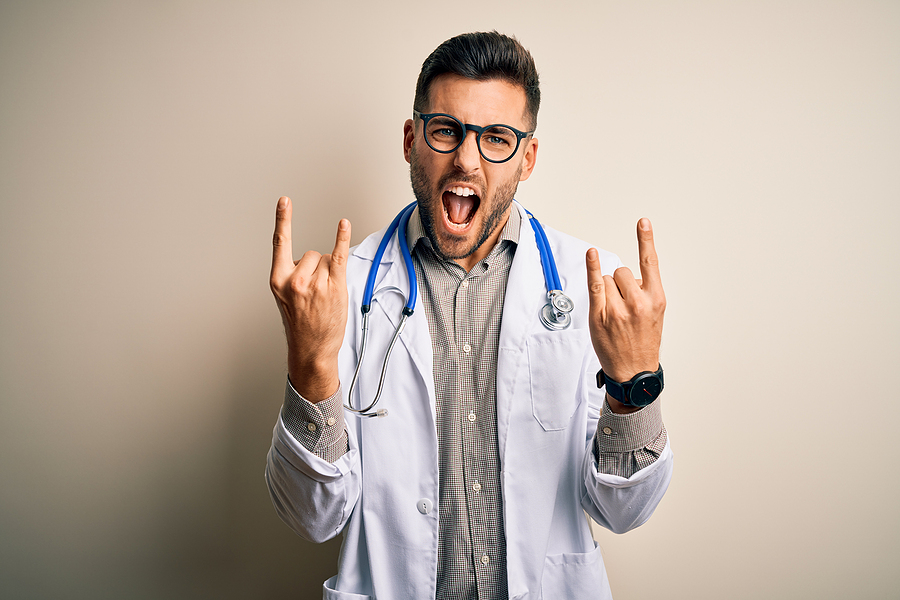 Music is a fundamental part of life because sounds can be heard anywhere. From the street to the rooms of a hospital. Therefore, it has a direct relationship with the world of health professionals. But now the surprising thing is that for the surgeons it would be beneficial to hear heavy metal when doing your job.

In that sense, to perform an operation you need years of academic preparation. It is not something simple and although there are simulators, nothing compares to having the patient in the operating room. It implies a strong responsibility because not only his health is in your hands but also your reputation.

But something that should never be forgotten is that surgeons are people and they can make mistakes. But what should be sought is to minimize any type of failure. If any occurs, from its severity it can be harmful to you. There are not a few cases that lead to medical malpractice lawsuits and that is something that no one wants to experience.

Now, something that is frequently asked is the environment conducive to an intervention. Some say that the ideal is that absolute silence prevails to avoid distractions. On the other hand, others prefer to listen to music to make work more enjoyable.

The music that improves the performance of surgeons

In this regard, a newly published investigation shows something fascinating that few could suspect. Is about a paper from the University of Heidelberg in Germany and points out that surgeons who listen to heavy metal when performing an operation are better.

In fact, the research was more concise and mentions that the Australian group AC/DC is the best because it makes surgeons faster and more precise. As part of the work, the performance of novice surgeons when performing a laparoscopic intervention was analyzed.

Three tests were done. First without music, then with sounds at a medium volume (45-50 decibels) and then with a high volume (65-70 decibels). For this last case, the surgeons used songs from the heavy metal band such as “Highway To Hell” and “TNT”.

The final evaluation of each test was translated in terms of speed and precision at the time of performing the procedure. While what was obtained was that the surgeons who listened to heavy metal had a better performance than the rest by counting with greater precision and speed than the rest.

In any case, something that the research mentions is that the ideal is for medical personnel to feel comfortable in order to do their job better. With this in mind, his favorite music is the one that should be played in the operating room when doing his work.

On the other hand, this research comes at the perfect time because every May 16 marks the World Heavy Metal Day. This event arose to pay tribute to the American singer Ronnie James Dio, who died on this date but in 2010.

The musician is remembered for his time in bands like Rainbow, Black Sabbath, Dio and Heaven & Hell. Although another of his contributions was the creation of the hand signal that distinguishes this musical genre. Everything started from an old tradition of his grandmother that he replicated and since then the hand with a clenched fist and the index and little fingers extended.

They share new art from the My Hero Academia manga

Pac-Man World is getting a remake this year!