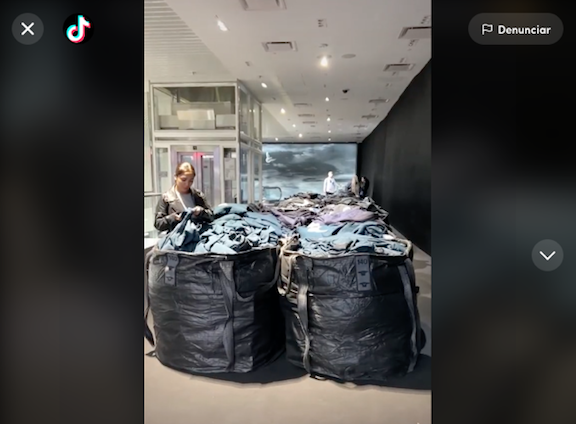 We live in an era where the second-hand market has experienced significant growthespecially through websites and marketplaces such as Mercado Libre, eBay, Linio, among others.

This, in fact, is no secret, although, with the rise of the eCommerce As a result of the health emergency, we are talking about a trend that is increasing day by day; nevertheless, These types of practices have been developing for years in a context in which a considerable part of consumers are looking for alternative purchases so as not to cause so much damage to the environment, reducing the amount of waste and promoting the development of the circular economy, thus allowing other people to recover a part of the value of their used goods before disposing of them.

According to data published by the study Statista Global Consumer SurveyMexico is one of the countries that has most opted for this purchasing model, only below the United States, since, as revealed by said report, 50 percent of the people who were surveyed declared having bought at least least one second-hand item in the last year.

Another survey conducted between March and April 2021 globally revealed that 42 percent of the so-called Generation Z population (ages 18-24) and Millennials (ages 25-37) They claimed to have made purchases of second-hand clothing, footwear and other accessories during 2020.

Now, at present, through social networks, a considerable number of content creators have shown the growing trend of selling bale clothes, visiting flea markets where they have found garments from renowned brands, such as Calvin Klein, Jordan, Balenciaga, among others.

However, various brands have also begun to see this sales-purchase model as an interesting bet to attract consumers.

An example of the latter can be seen in the strategy of GAP, which, in order to sell rapper Kanye West’s new line, is emulating the technique of bale clothing stalls in one of its stores in the city of New York, in the United States.

The idea, according to what is shown in the images, is that consumers go to said branch and, as occurs with second-hand clothing stalls, look for their clothes through large bags.

And it is that, these are times in which the habits of consumers are changing considerably, this as part of a new demand towards the industries so that they are more responsible with the environment.

Taking this information into account, it is not surprising that it is the big brands that design strategies to monopolize those audiences that, day by day, change their habits to leave a positive mark on the planet.