Lightning was fired in the Arctic in 2021 by climate change 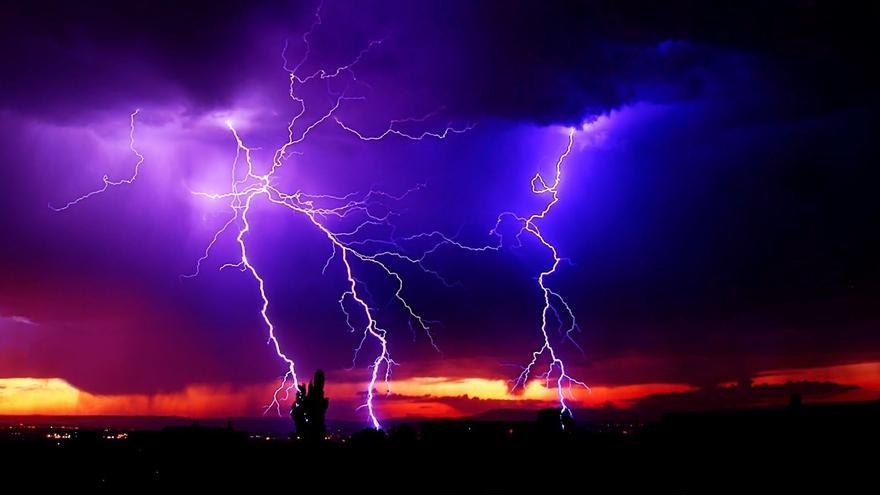 Something is definitely happening in the Arctic, and it’s no mystery: it’s about climate change. It was already known that global warming is affecting this part of the globe much more sharply than anywhere else, but new evidence shows that the situation is accelerating. The number of lightning strikes on the Arctic in 2021 is skyrocketing, which worries scientists.

And the fact is that the figures collected this last year are totally exceptional, especially considering that lightning strikes are rather infrequent in the Arctic. In 2021, 7,278 discharges of this type were registered above 80º North, which is no less than almost double of all those recorded in the previous nine years.

Last year, other studies detected that the number of these phenomena produced above 60º North had tripled since 2010, but the novelty now lies in the strong increase registered even further north.

“Over the past 10 years, the overall amount of lightning north of the Arctic Circle has been fairly constant,” Vagasky told Britain’s The Guardian newspaper. “But in the highest latitudes of the planet, north of 80 °, the increase has been drastic. Such a significant change certainly makes you prick up your ears, “he added.

The increase in average temperatures in the Arctic triples the global rise of the planet, according to the latest research, so the increase in lightning in the region has become a new important indicator of the climate crisis.

Why are there more rays?

Why are more rays being generated? Three things are required to generate thunderstorms: humidity, instability, and lift.. The disappearance of sea ice means that more water can evaporate, adding moisture to the atmosphere. Higher temperatures and atmospheric instability create the perfect conditions for lightning. Therefore, monitoring how lightning trends change in the Arctic can anticipate how the atmosphere will change in response to changes in climate.

“Changes in the Arctic can mean changes in the climate at home,” Vagasky said. “All climates are local, but what happens at home depends on how the atmosphere behaves in other parts of the world. Changes in conditions in the Arctic could cause more extreme cold outbreaks, more heat waves or extreme changes in rainfall in Europe, “added the scientist to the aforementioned newspaper.

Read:  Key appointment for the leadership and the classification in Villamarín

In the United States, the country that recorded the second highest number of lightning strikes in 2021 after Brazil, Vagasky and his team detected more than 194 million incidents, 24 million more than those observed in 2020. A 2014 study predicted a 12% increase in lightning frequency for every degree Celsius rise in temperature.

“A changing climate can increase the potential for wildfires caused by lightning,” Vagasky said. “Scientists cannot link a one-day lightning strike to changes in our climate, but monitoring lightning trends in the Arctic is especially important and something that will need to be studied now and in the future.”

Web with all the lightning data in the world in 2021: https://www.vaisala.com/sites/default/files/documents/WEA-MET-2021-Annual-Lightning-Report-B212465EN-A.pdf