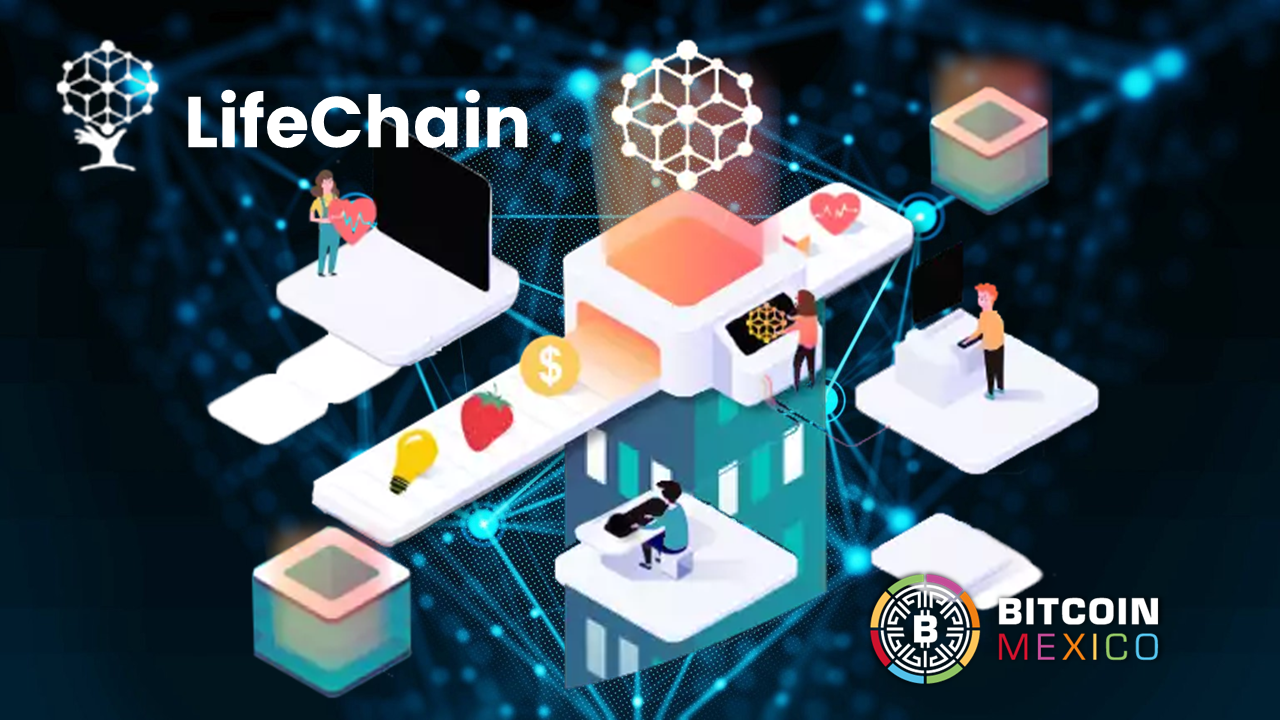 Technology has taken giant steps in recent years, allowing a series of actions to be carried out for the benefit of millions of people in different fields and with the arrival of the coronavirus, it was the best ally for workers and students, to continue with their work activities and curriculum without leaving home.

However, technology can have many more and varied uses than we think, at least that is what Goretti Oronia and Alejandro López, CEO / co-founder and CTO / founder of Life Chainrspecifically.

These guys they intend to make a significant change in society, through the use of technology in sectors where it had not been used before.

“TWe have different initiatives and verticals that are focused on helping people with transparency, security, trust and distribution, to have greater control of information” pointed out in an interview for Bitcoin Mexico, Oronia.

Index hide
1 Services
2 Barriers to implement your service in Mexico
3 How does the evidence registration process work?
3.1 What blockchain do they work on?

They want to achieve this through the various services that they provide powered by blockchain technology. Definitely, one of the most striking is a product that certifies digital files, allowing them to become unique like NFTs, to avoid misplacing, damage or simply not being received by the relevant authority due to lack of stamps or the like.

“What we do are proofs of existence, which help ensure the immutability of a file after it has been certified in the future, so any modification that is made to it we have a record of it thanks to our system” noted the founders.

One of the palpable examples in which they have put into practice its digital file certification service is its support for women victims of violence, since through its tool they can protect all the evidence that is presented thus avoiding that they are disappeared or modified, thus protecting their rights to justice and dignified treatment.

“We work with the Inter-American Development Bank to help women victims of violence, protecting their evidence, safeguarding it in the blockchain and thus preventing it from being lost, modified or simply not wanted to make it valid because it does not have this notarization” indicated the SEO of Life Chain and added “This is what we call access to justice in a more economical way”.

This service is already operating in a pilot format in Colombia, with the collaboration of the “Mi Sangre” foundation, however, lhe founders of Life Chain have a view to expand it and bring it to Mexico.

Barriers to implement your service in Mexico

According to the firm’s CEO, one of the main barriers to implement its services in the country is misinformation, since people do not know or have not even heard of what crypto assets or the block chain are, so they do not dare to try this type of service.

“When we talk about NFT or blockchain, people automatically say ‘bitcoin is falling a lot, there have been a lot of NFT scams’. The crypto world sometimes has a bad reputation or people often associate it with negative things. This is a barrier of prejudice”, Goretti Oronia pointed out.

However, this motivates them more to continue standing, since they consider themselves “blockchain evangelists”, since they try to explain these and other concepts to the population in a simple and easy way, in order to eliminate the paradigms that surround them.

Another drawback to expanding is the lack of access to the right people to do business with.

“It is difficult to reach the right people, many times if you do not know someone or if someone does not recommend you, it is very difficult to meet with these key actors, who are the ones who could implement these solutions, in this environment, it is a lot to have connectionsLopez stated.

How does the evidence registration process work?

Regarding the operation of their services, the young entrepreneurs pointed out that they take out crypto summaries, which they call “fingerprints”, which allow them to make crypto summaries of very large amounts.

Thanks to these fingerprints, it is possible to easily detect any modification made to a document, no matter how minimal, since if there is one, the crypto summary will be different.

“ANDThis summary is the one we wrote on blockchan through verifiable credentials”.

What blockchain do they work on?

In order to have greater accessibility, Life Chain works on three different blockchains.

“We started with Ethereum, but have opened up to others like Polygon and lackchain, however, we are open to using another network if user needs require it.” indicated the firm’s CTO.