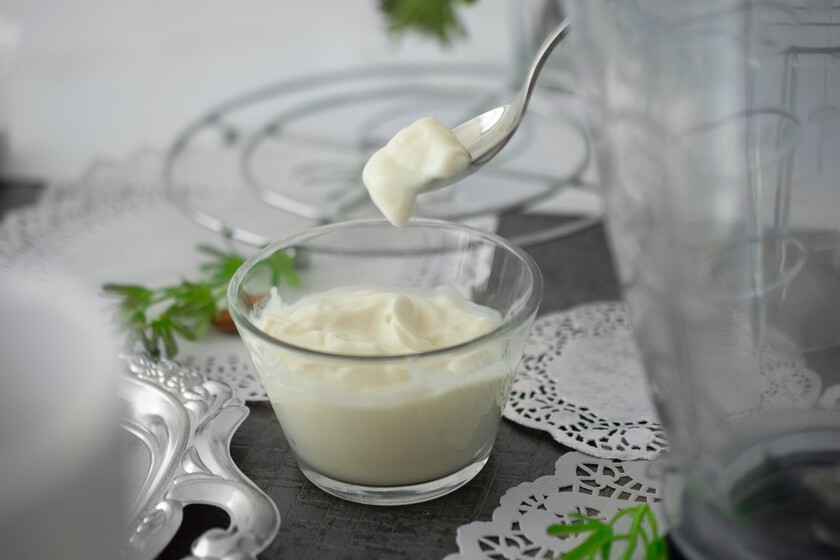 When you go to the supermarket to buy, many times it is not known to interpret correctly if a food is really healthy or not, since many people have misinformation about how to read nutritional information.

If you want to have a healthier and more balanced diet, and you like yogurts, We are going to order many of Lidl’s yogurts from more to less healthy, to help you make the most correct decision.

The healthiest yogurts from Lidl

We find a yogurt that has enough calories at 100 grams but is nutritionally excellent, it is very low in fat, in sugars (which are those that are naturally present in yogurt) and high in protein, which is very interesting, since these are perfect to increase the feeling of satiety.

A healthy and balanced diet is not just looking at the number of calories, but the rest of the nutrients and ingredients, and this yogurt is very natural and pure.

In this case, we do have a low-calorie yogurt, with a little more sugar than the previous one, but perfectly valid to be incorporated into a diet to lose weight.

If you don’t like natural yogurt, you can perfectly add a sweetener of your choice, to give it a sweeter touch, but without increasing the calories.

It is very similar to the previous one, so it has been very difficult for us to determine which one we put before and which one after.

It is simply in third place because it is a bit more caloric, although it does not make a difference, and it has more saturated fat, which also does not make it less healthy.

In this case, the same thing happens as the previous one, they are all very similar to each other, both in terms of calories, saturated fats and sugars.

The only differences of this yogurt with the rest is the price and the amount of calories, which is a little higher than the others.

We start with yogurts that are somewhat more processed and with more sugars, since in an artificial way They incorporate them so that they have that sweetness, although it makes them less healthy than the previous group.

Read:  Food not recommended if you have irritable colon

In this case we find a yogurt low in fat but quite a bit in sugar for my taste, which you should eat from time to time, to give yourself a sweet treat but something healthier than other yogurts.

What we like the most about this yogurt is the amount of protein it has, but it is curious that it has even less than the Milbona Skyr Natural, in addition it has a very high amount of sugars.

It is a yogurt that cannot be taken regularly, but must be eaten sporadically, always trying to find a healthy option, of course it depends on your goals and preferences.

We tend to think that what is natural and organic is healthy and it does not have to always be this way, in fact this yogurt is an example of this, it has a high amount of calories and sugars to be considered natural.

It is not a yogurt that you should completely discard from your diet, since the ingredients are very suitable for a healthy diet, but you must bear in mind that it is not the most suitable option.

The same happens with this yogurt, it must be said that Fageda is a very reliable brand, but its yogurts are quite caloric and dense, so they should not have a place in a diet to lose weight.

This It does not mean that you should discard them completely, it simply consists of reducing their consumption.

Yogurts that you should discard from your diet

Yogurt with pieces of stracciatella, from Milbona

We start with the first “healthier” processed yogurt, with an inordinate amount of calories and sugars that are too high which makes this yogurt unsuitable for healthy eating.

They are very palatable and sweet yogurts that capture the attention of anyone, but have a high amount of fat due to the sugars, cream, whole milk and chocolate that they contain.

It has practically the same nutritional composition as the previous one, so it is also a yogurt that is not suitable for maintaining a healthy lifestyle.

The difference it has with the previous one is that it has more calories and less protein, in fact, the two could occupy the same position.

We are facing two foods that by themselves are nutritionally healthy, in fact they are part of the Mediterranean diet and are quite essential foods.

But they have used these two foods to make another fully processed one, with calories and sugars that exceed what is considered healthy for a person.

This rice pudding should be completely discarded from the diet and only eaten on special occasions.

This flan has surprised us a lot, but not pleasantly, since we did not expect it to be the least healthy and ultra-processed of all, but indeed it can be seen that it is.

We find a flan with excessive calories, a fairly high amount of fat and sugars that can reduce the quality of life of a person if they consume it regularly. This flan should not be part of your diet.

In Vitónica | Mercadona yogurts ordered from most to least healthy.