Letter to the Three Wise Men and Santa Claus: ask for less bullying 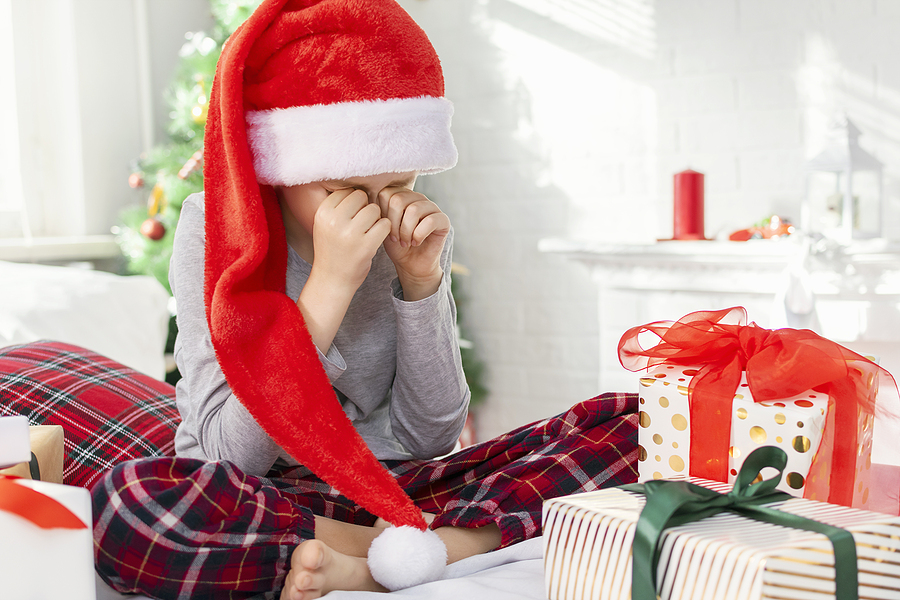 Bullying is a problem suffered by thousands of children and adolescents around the world and that affects their personal and emotional development as they grow up, as it makes them victims of violence and isolates them from society; For this reason, it is increasingly common to find moving stories that make the reality of children today go viral and call for alert both authorities and parents and educational institutions… an example of this is given to us two little ones from different parts of the planet who asked for the same thing in their letter to Santa Claus and the Three Wise Men: to stop being bullied.

It is not right to normalize this common denominator that turns schools into hell for many minors, when they should be spaces that transmit security and trust. And it is that bullying is much stronger and more identifiable, it can lead to physical or psychological abuse by other children through attitudes such as repression, discrimination, homophobia, sexual violence or corporal punishment.

The figures are really alarming. according to it NGO Bullying Without BordersIn Mexico, 7 out of 10 children and adolescents suffer some type of bullying on a daily basis, followed by the United States and China among the highest numbers in the “Top 10 of shame.”

Countries with the most cases of bullying in the world:

Looking at the global panorama of the figures presented, we can say that giving voice to infants who dare to define what they feel and live on social networks is sometimes important to avoid negative effects in the community on their physical health, the emotional well-being and academic performance.

And that is exactly the reason that led to two families from places opposed to making use of the viralization on the internet to show the suffering of their children embodied in tender and innocent Christmas letters.

The first case occurred in Spain, with the viralization of a letter to the Three Wise Men shared by a group of interim teachers from Andalusia, which shows how a child who is continuously harassed at school feels.

“This Christmas I am not looking for gifts or money. I’m looking for friendship understanding and camaraderie of my colleagues. I’m not saying that I don’t have any of these three, but I’m asking for more, since when I moved here a year and a half ago it was hard for me to adapt to the people, the climate and the conflicts ‘with the new‘”, wrote the minor of 11 years who is suffering bullying,

“When a child suffers, he does not stop at the police station or the Civil Guard. Mine went twice to ask the director to do something. Once he stood up in the secretary’s office and said ‘call my parents, I can’t take the insults anymore’. The school called her father, but they did nothing, ”the mother tweeted along with the fragments of the creative letter to Los Reyes Magos.

Letter to the Three Wise Men from an 11-year-old boy who is suffering from Bullying. He wrote it at his school. The town hall pages pick them up… He didn’t want to hand it over because he knows they’ll throw it away. On the sly he brought her home. He published it in parts. pic.twitter.com/zRIAxC97Ua

The second case occurs in the United States, in the same week before Christmas 2022; an 8-year-old girl asked the ‘Child God’ not to be bullied and to have friends to play with.

The letter was shared by Suzy Boliver’s mother, as she had to break the silence of what the girl was going through.

In a short video you can see a shocking phrase that broke the hearts of Internet users: “I wasn’t going to post this but you know what… this is being 8 years old in 2022 and maybe we should be talking about it…”

@theboliversI wasn’t going to post this, but you know what.. this is being 8 yrs old in 2022 and maybe we should be talking about it..

♬ Get You The Moon – Kina

Thus, these two examples generate in us a feeling of awareness and reflection that places the need to detect cases of abuse in the school environment in time, since from the outset it is essential to notify teachers and protect the victims against the aggressors.

“The wise men forgot about us”; dog shelter raises awareness with creative video