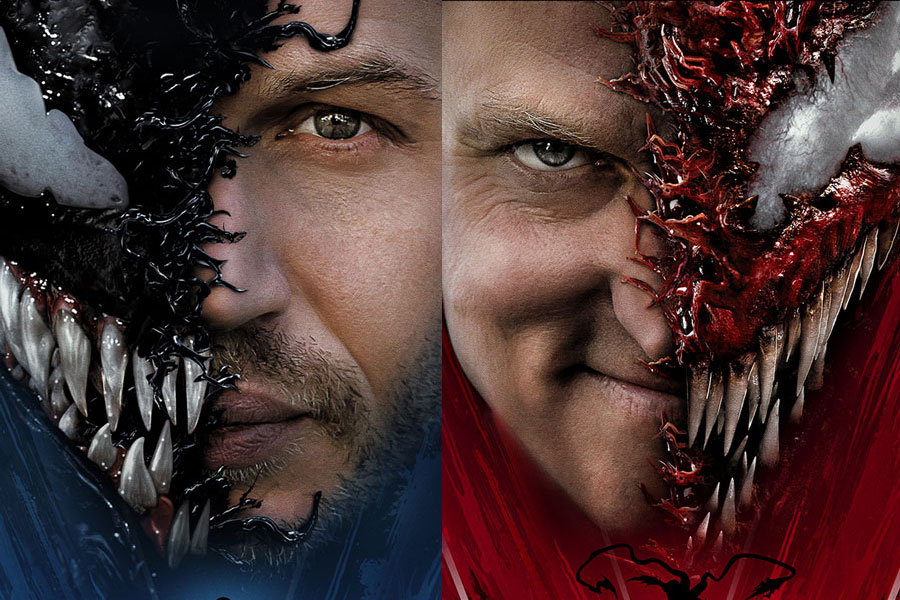 With the release of Venom: Let There Be Carnage on the horizon, the film’s production releases the most impressive posters you’ll ever see.

Finally, after several date changes, this October we will witness the next adventure of Eddie Brock and the alien symbiote. And to our happiness, the production of Venom: Let There Be Carnage has released a series of posters dedicated to the actors and their characters that are simply spectacular.

Venom: Let There Be Carnage Releases The Most Awesome Posters You’ll See

Sony writes on their social networks: “We are all Venom. Tom Hardy stars in #Venom: Let There Be Carnage, exclusively in theaters October 1st. “

“The world will look red. Woody Harrelson stars in #Venom: Let There Be Carnage ”.

“Keep your eyes open and your ears closed. Naomie Harris stars in #Venom: Let There Be Carnage. “

“She has gone back to black. Michelle Williams stars in #Venom: Let There Be Carnage ”.

Originally planned for October 2020, very soon Venom 2, Venom: Carnage Released or Venom: Let There Be Carnage suffered its first delay due to the pandemic that plagues the world. After that, the release date was June 25, 2021, then we knew that we would have to wait three more months to see the return of Tom Hardy’s Eddie Brock, until September 16, 2021.

In addition to Tom Hardy, in Venom: Carnage Freed Woody Harrelson will star as Venom’s antagonist Cletus Kassady / Carnage, whom we saw in the additional Venom scene in 2018. Michelle Williams will also return as Anne Weying / She-Venom and Reid Scott. like Dan Lewis. Andy Serkis is directing the sequel to Sleeper Hit, which grossed more than $ 856 million worldwide. Kelly Marcel wrote the script.

The origin of Carnage is now available in our online store:

The sadistic slaughter of the serial killer symbiote starts here!

Venom is already deadly enough, but now imagine what would happen if your other symbiote teamed up with a psycho killer; This is how Cletus Kasady is born when Venom’s offspring transforms him into Carnage, Spider-Man’s sickest enemy!

Carnage kills on a whim. it is a painful and twisted stone in the shoe of Peter Parker and Venom… Carnage is an unstoppable force that will unleash a violent series of deaths; but as far as he sees it… how beautiful it is to live!