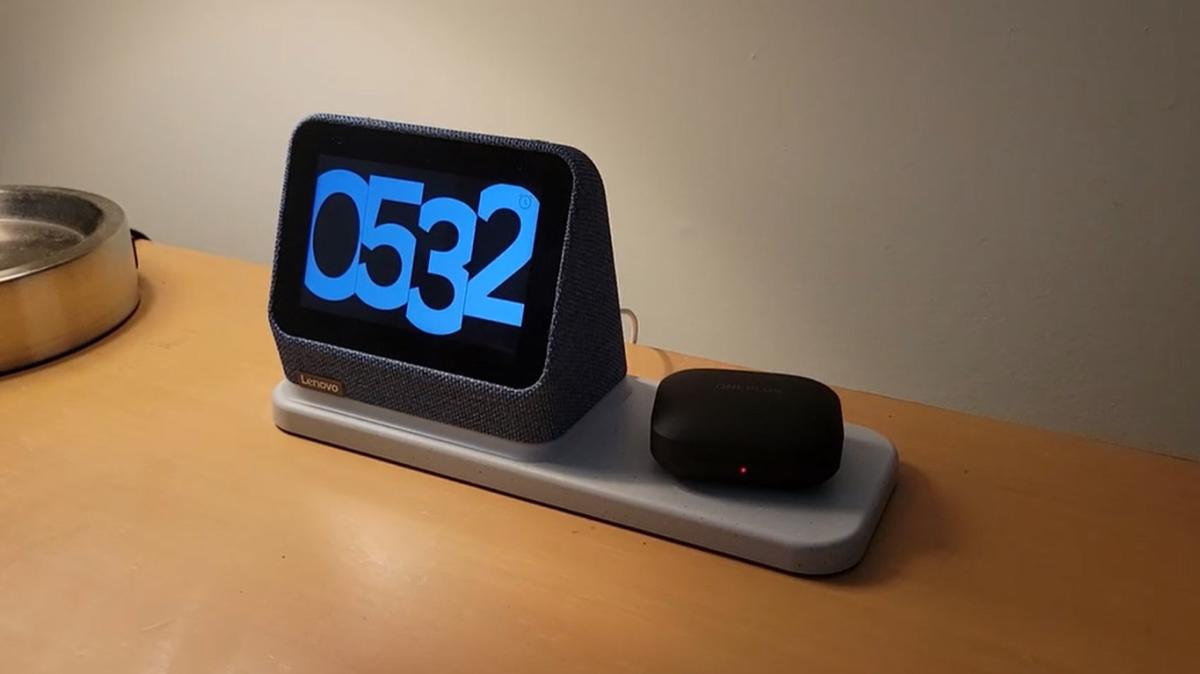 Lenovo has renewed its smart table clock, with a new, more attractive design and the possibility of connecting any device to a wireless charging base.

The first version of the Smart Clock was a wizard with a screen, not very different from the rest already existing. However, now Lenovo is launching a more original version, both in terms of design and functionalities.

And it is that today the Smart Clock 2 has officially come out, yes, at the moment in India. Although the global model will come in two colors (blue and gray), Lenovo only brings the heather gray color to India.

This new version, which they already presented in September 2021, it comes at a price of 94 dollars (83 euros). It has, as a great novelty, a wireless charging base, which not only powers the watch itself, but also allows charging the smartphone, wireless headphones or smartwatch.

The Smart Clock 2 is essentially a Google Assistant smart speaker, so you’ll be able to do all the standard smart speaker things like setting alarms and reminders, asking questions, checking the weather and news, listening to music …

The device can be used both wired and wireless (using the Wireless Charing Dock).

It has a 4.0-inch LCD touch screen and a 1.5-inch 3W speaker wrapped in a cloth covered body. The main screen displays the watch face, which can be customized with different styles to display weather information and even your favorite photos.

Has two physical buttons on the top to control volume and a microphone mute switch on the back. There’s also a sensor at the top that allows you to snooze the alarms by tapping the top of the device, almost like any normal alarm clock.

Read:  Lenovo brings its best arsenal of laptops to Mexico

The device is powered by a MediaTek MT8167S processor, with 1 GB of RAM and 8 GB of storage.

As for the wireless charging platform that it incorporates, It connects to the watch through a special socket that has been added to the bottom of the device. Once attached, the base is capable of charging our devices wirelessly, just by leaving them on top.

Wireless charging is compatible with most devices (iPhone, Android). As long as you make sure to leave the device in the center (at the “+” mark), will automatically detect the charger and start recharging.

With this accessory, the Smart Clock 2 is capable of charging at 5 W, 7.5 W, or 10 W, depending on the device. What’s more, the charging dock also adds a USB-A output, to which we can connect a charging cable for a second device, such as a smart watch, for example (although wireless charging will reduce its power if we use both options at the same time).

The Lenovo Smart Clock 2 sale on sale today in Flipkart, Lenovo.com and the stores of Reliance Digital. It will also be available on Lenovo’s offline sales channels later, we don’t know when yet.

A Gears of Wars collection is on the way

Leaders say they are alarmed about the environment, but employees deny them

Her Story and more games come to Xbox Game Pass

“That of selling sweets was in the past”; school entrepreneurship grows