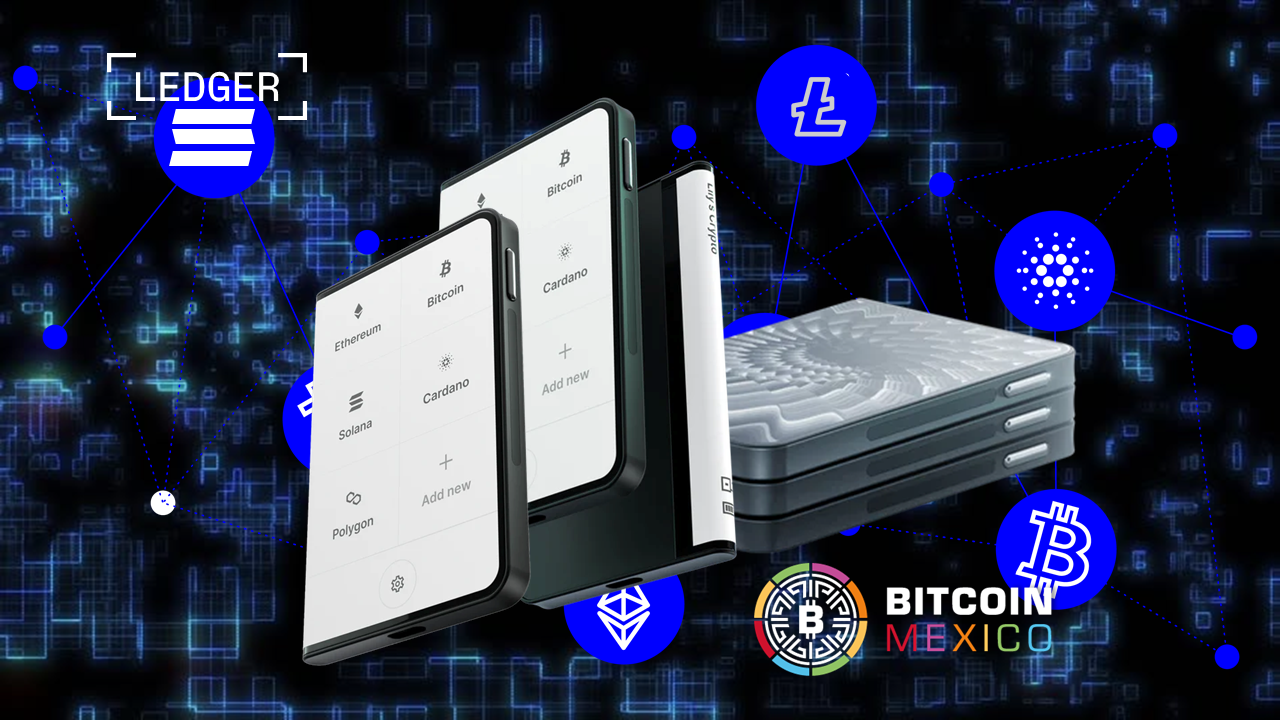 Despite currently being in a bad streak, the crypto industry has not stopped adding followers, who still welcome the services that this type of asset can provide to the world community.

One of them is none other than the creator of the original iPod, former senior vice president of Apple’s iPod division, and co-founder and former CEO of the Nest thermostat company, Tony Fadell.

News of the joint collaboration was made on December 6th at Ledger’s biannual Web3 developer event, Ledger Op3n, in Paris, France.

The launch of this new wallet comes at a crucial time in the industry, where trust in centralized crypto platforms is increasingly being lost and vanishing due to the collapse of Sam Bankman-Fried’s FTX exchange.

How is the new Ledger Stax wallet?

The new gadget is similar in shape to a small smartphone or credit card reader. Its dimensions are quite practical to take anywhere, since it measures 8.5 centimeters long and 5.4 centimeters wide, approximately the same size as a credit card.

Similarly, the device is quite light, since it is close to 45 grams, that is, it is much lighter than an iPhone. In this small but efficient gadget, cryptocurrency users can deposit or exchange a variety of digital assets, among which, of course, is Bitcoin.

“Out of the box, Ledger Stax allows you to manage your collection of NFTs and over 500 currencies and resources”Ledger said.

One detail that stands out is that this crypto wallet has a black and white electronic ink screenvery similar to what can be found in Amazon’s Kindle e-readers, misma that can be used to display the holder’s name, transaction details, NFT’s or other relevant wallet information.

Read:  Launch in Finland of the first EU-approved euro stablecoin

But that’s not all, since it gets much more out of the screen, since it has a spine that curves around the edge, like some smart smartphones, only in those cases it is not used to display information, instead Stax lets you see what’s in each wallet, like an old CD, cassette tape, or book.

Also, this wallet is equipped with magnets, allowing multiple devices to be stacked on top of each other, such as a stack of books or cash, hence the name Stax.

In addition, on the subject of security, Although this wallet has the advantage of not being connected to the network, it also added another level of security, by including an environment equipped with certified secure elements. EAL 5+to protect non-fungible cryptocurrencies and tokens from their owner.

As for connectivity, holders of this crypto wallet can connect it to their computer via a USB cable or their phone via Bluetooth. It will also use the upcoming Ledger Connect wallet extension to connect to Web3 applications.

Likewise, the owner of one of these devices should not worry about running out of power, since its battery can last weeks or even months on a single charge. As if that were not enough, Stax also has Qi wireless charging.

Fadell initially turned down working with Ledger at Stax, as while he was interested in cryptocurrency, he had other things to do at the time.

Due to his interest in the crypto environment, Fadell acquired some Ledger devices and that’s when he realized that, just like MP3 players in 1999, people didn’t know how to use them, plus they were also difficult to use.

Due to this impractical detail for its massive use, Fadell decided to help Ledger’s team.

“We need it to be easy to use… no! An ‘easy to use’ tool, to bring digital asset security to the rest of us, not just geeks“.