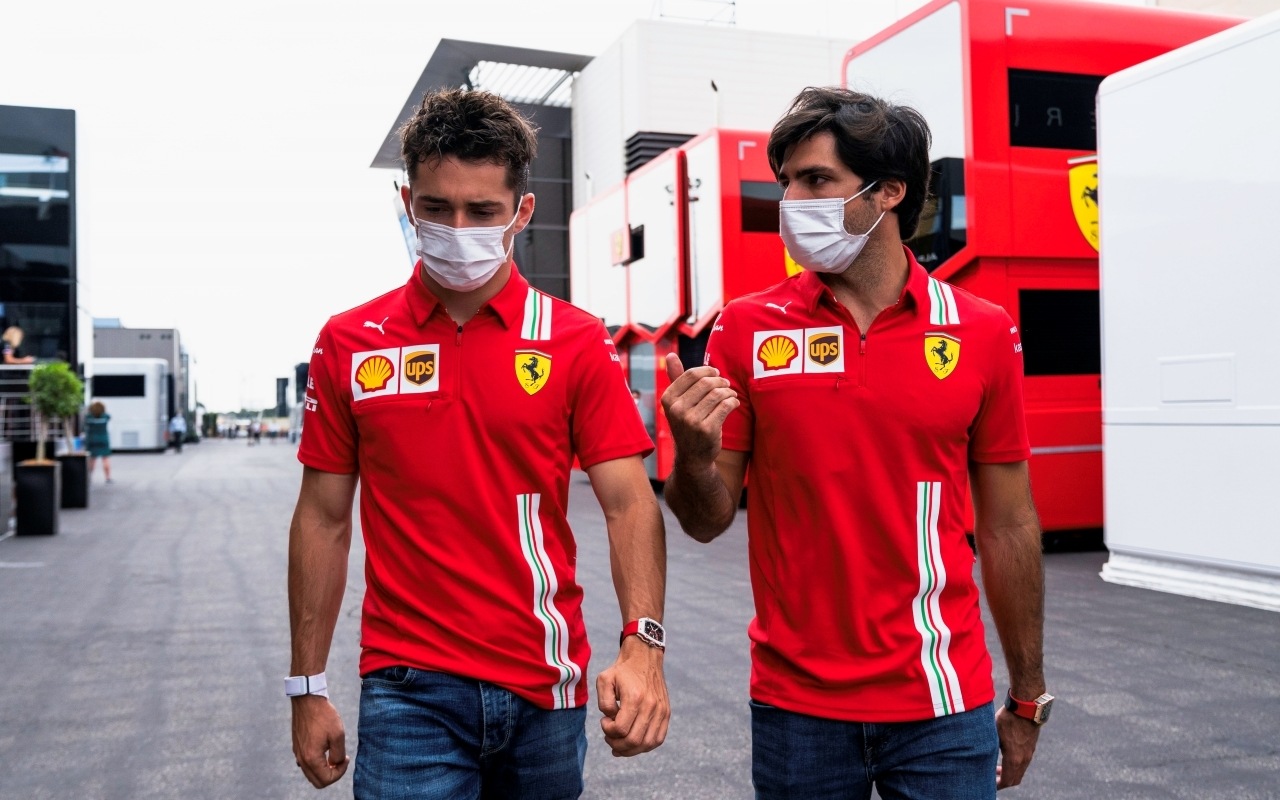 Things are going well at Ferrari and this is mainly due to the good working environment and the optimal relationship between its two drivers: Charles Leclerc and Carlos Sainz. The Monegasque radiographs his companion.

We cannot say that the results of Ferrari In 2021, they will meet the demanding standards of the most successful team in the history of Formula 1, but taking into account what happened in 2020, we cannot deny either that the trend has been reversed and now things are going much better.

Especially with regard to the environment and work ethic, since the arrival of Carlos Sainz has inoculated a greater capacity for collaboration and teamwork than with Sebastian Vettel.

“I thought that Seb was the one who made more extensive comments, but I think he may have a rival with Carlos because he also talks a lot”

Something to Charles Leclerc It has also allowed him to work in a more relaxed and generous way with his partner. «The way Carlos works is his greatest strength. He’s very, very smart. And really He knows how to face a weekend, he is very good at evolving from the first session to the race, working on the most important points of the car. You don’t look for lap time until it really matters, which is qualifying. But it’s always there, it’s very consistent.

Leclerc admires Sainz’s work ethic, with whom he has also hit it off off the beaten track. «The relationship with Carlos is really good. We are quite alike in many ways. We like the same activities, paddle tennis, chess … Also golf, but it is better not to go into that, because he is too good for me. But yes, he is a good guy, funny and very easy to get along with, ”says the Monegasque.

Similarities and differences with Vettel

When Charles Leclerc came to Ferrari, Sebastian vettel He was the reference rider and the four world titles that he treasured endorsed him. Now it is the Monegasque who acts as leader and admits that Sainz is a very different rider from his previous teammate in some aspects, although not in others.

READ:  Fuel taxes will increase in the European Union between 2023 and 2033 (also LPG and CNG)

“Carlos is a very, very good teammate. I don’t think I could decide between Seb (Vettel) and Carlos. Seb on his good days … I mean, last year was tougher for Seb, but on his good days it was just unbelievable and unbelievably difficult to beat, if not impossible. And Carlos is very, very consistent. So they are different approaches, but they were both very, very strong. “, Leclerc points out.

Ferrari modernizes: the new simulator will start operating in September

«I thought that Seb was the one who made more extensive comments, but I think that now he may have a rival with Carlos because he also talks a lot. Yes, I think I have had two teammates who make meetings very, very long. “, concludes.

After nine Grand Prix disputed, Charles Leclerc has 62 points, two more than Carlos Sainz. Both allow Ferrari to dispute the third place of the constructors’ championship to McLaren, which at the moment remains in that position with a 19-point advantage.

Toyota GR010 Hybrid presence at IMSA is on the table

IndyCar – Christian Lundgaard tests with Rahal to race this year

Alpina customers turn their backs on electric cars in survey

Structural batteries, the next milestone in electric cars

Funko reveals the return of a great villain in the Marvel series, What if …?