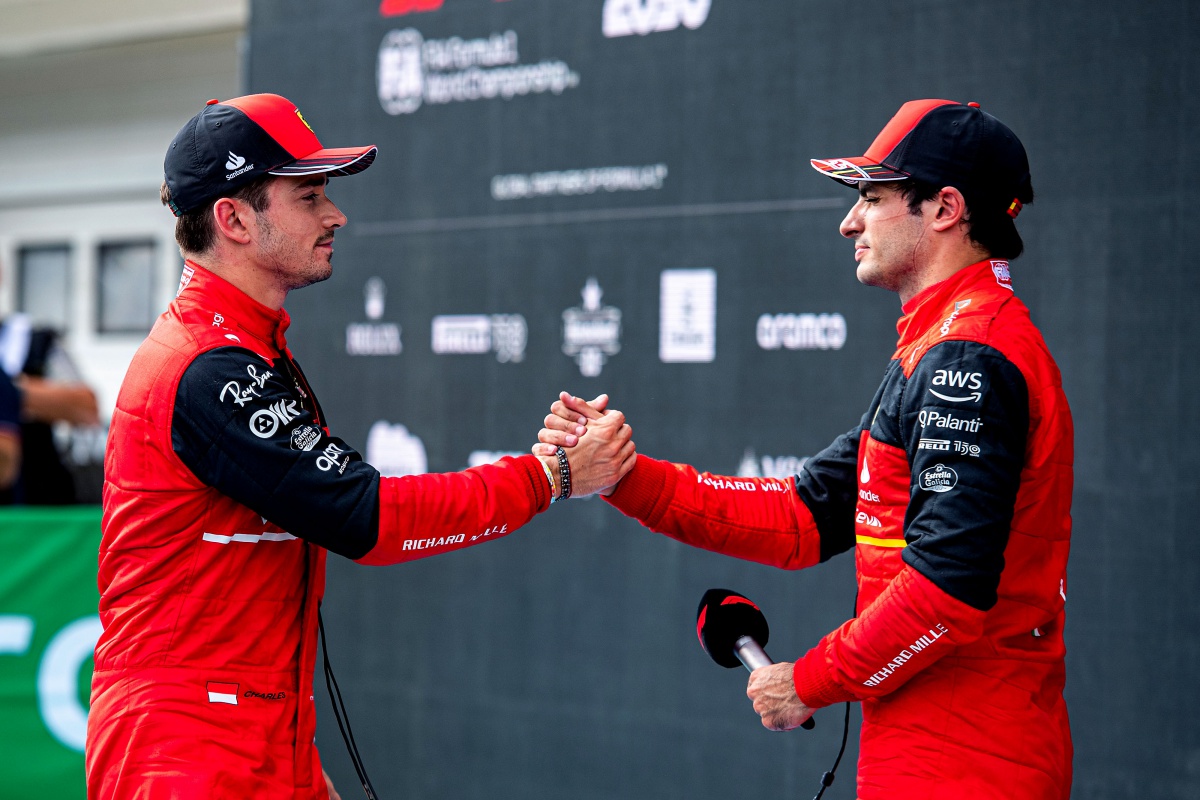 Immersed in his 5th season as an official driver and competing at the highest level, Charles Leclerc assesses his title chances after the conclusion of the first half of the season and his experience with Carlos Sainz in the Ferrari box.

After a journey of 2 long years in the desertin which Ferrari did not achieve any victory and had to settle for several appearances on the podium watching, from a distance, how their rivals overtook them on the right after a controversial engine that eliminated them from the map, the agony is over.

Or so it seemed to indicate the great performance displayed by the F1-75 Since the preseason, with unique pontoons that several members of the grid have tried to copy over the course of the races given the effectiveness of an exceptional solution.

The relationship has improved and there is a lot of respect. How far are you willing to go?

Despite the good start, with two wins in the first three races, the man who managed to put an end to this losing streak for the Italians, charles leclercanalyzes what the first half of the 2022 season has meant for them in which they have suffered some ups and downs that, at least for the moment, put them on the ropes in both championships.

Index hide
1 From glory to sinking
2 fierce duo
2.1 Leclerc warns Ferrari: the battles between him and Sainz cannot be repeated
3 The fight for the title is still alive
3.1 Leclerc hints that Ferrari olympically passed him: “I made it clear”

From glory to sinking

The young Monegasque driver has achieved just one more victory since that brilliant start, with two engine failures that, with the #16 in first position, have forced him to forget to increase his private box in this regard.

However, Leclerc highlights 3 types of failure: “strategy problems, reliability problems and piloting errors”he acknowledged in an interview granted to the BBCwithout forgetting the strategic controversy that has also cost him points.

«It was either a victory, or lead a race and some problem occurs… Quite a few things have happened in the first half of the season, “said Leclerc after a first half of the year with excess adrenaline. “It has been incredible to see that we have been fighting for victories again, but we have not managed to maximize the potential that we have.”

«It has been incredible to see that we have returned to fight for victories, but we have not managed to maximize our potential»

His personal mistakes at Imola and France, added to those of Ferrari at Monaco, Silverstone and Hungary have meant that Max Verstappen currently leads with a comfortable lead of 80 pointsan adverse situation that, however, Leclerc hopes to turn around.

Since the season began, Leclerc has shown to adapt much better than Sainz to the new generation of single-seaters that has changed Formula 1 forever.

The multiple retirements of the #55 have favored this dissimilarity, with Monaco, Canada and Hungary as the only scenarios in which the Spanish has been ahead of him. “After a problem, we always go through the same process,” revealed Leclerc, focused on analyzing the origin of the failure to understand it and not repeat it again.

Regarding his participation in the resolution of the errors that have weighed him down the most, Leclerc assured that both he and Sainz “we are very involved” in decisions designed to put an end to the mistakes made. So what keeps Leclerc confident? “The way we work, because I know how hard it’s been to get back to where we are.”

Beyond their confrontations on the track, Leclerc assumes that mistakes “are part of the experience”, his own being the most difficult to accept. «I am extremely hard on myself. It is much more difficult to deal with my own mistakes than when the team makes them, especially mentally », he confirmed.

“The one in France hurt me a lot; Imola also a bit, although there weren’t many points at stake, because I was able to get back on track. I think it is one of my strengths, it helps me improve as a driver every time I make a mistake. Everyone will react differently, and I do it this way »« the benefit of being honest with yourself and growing from there », he added.

Leclerc warns Ferrari: the battles between him and Sainz cannot be repeated

“I don’t see the point of hiding it, sometimes it’s so obvious that it was pilot error that I don’t understand those who try to make excuses. I don’t like wasting time like that, because that’s when you start wasting time and not moving forward. Mental training is extremely useful to always be at 110% every time you get in the car,” Leclerc continued.

The fight for the title is still alive

Although the achievement of the championship “it seems more and more difficult”Leclerc guarantees that he will not give up “until it is mathematically impossible”, giving value to his career in the premier class of motorsport.

Although he will make some modifications to his way of approaching weekends, Leclerc appreciates his “linear progression since I arrived in Formula 1”, recounting more fully his changes in 2022 “especially the way I prepare for the races”.

Leclerc hints that Ferrari olympically passed him: “I made it clear”

“Last year I felt very tired in the last part of the season, and I don’t want it to be repeatedI want to win races”, he confirmed, aware of having raised his level to maintain it and make it his “new standard”.

“When you know that you have the car to fight for the title, you try to take care of all the details. I’ve never felt too much pressure external”, continued Leclerc, more focused on the “reward” that victory represents for him instead of the possible defeat.

Lastly, Leclerc reflected on his clashes with Verstappen and his bond with him. “The relationship has improved and there is a lot of respect. How far are you willing to go? By now either I had a big lead in the championship and I wasn’t willing to take risk either he had it, or maybe I’m not willing to risk it because I need to recover points. If the championship gets too tight at the end we could see a fight like last year », he explained.

“This first part of the season has been the best for me in Formula 1. Nothing needs to be changed, there won’t be any significant changes. I am very happy with the performance that I have offered, and I want to maintain it. Try to grow from mistakes », he concluded.