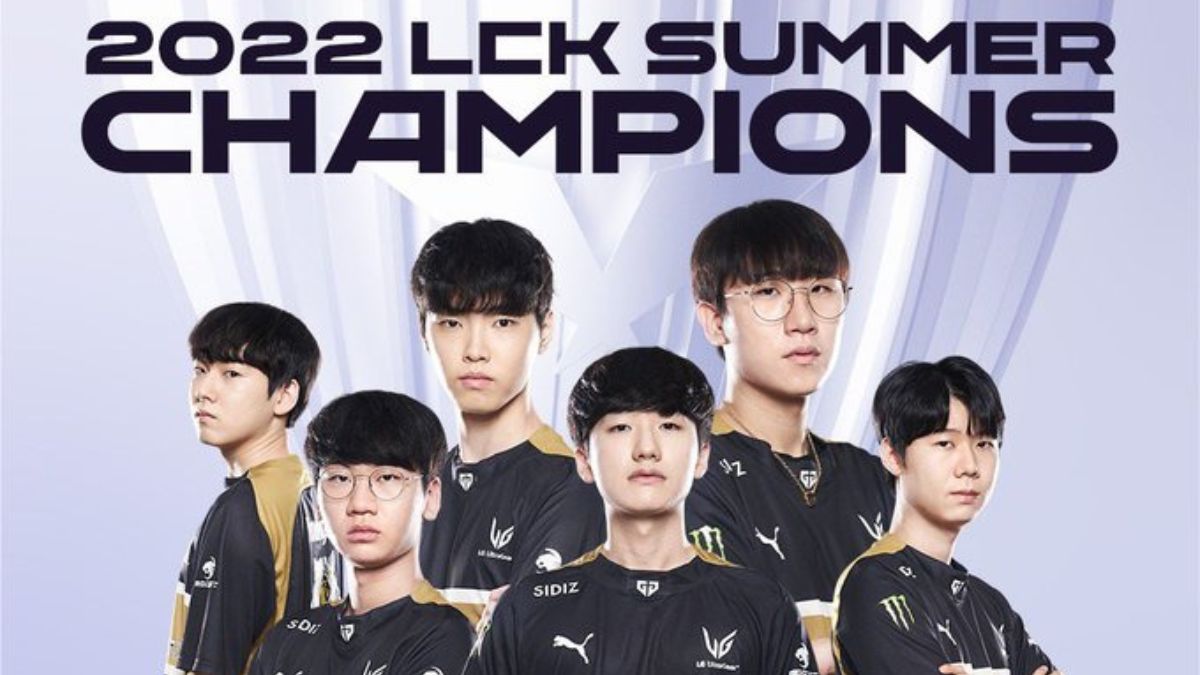 Share
Facebook Twitter LinkedIn Pinterest Email
Index hide
1 GenG and T1 played the final of the League of Legends LCK and it was a victory for the tigers by 3 to 0. Both qualified for the Worlds 2022. Read more here!
2 Share it with whoever you want
3 Related Posts

GenG and T1 played the final of the League of Legends LCK and it was a victory for the tigers by 3 to 0. Both qualified for the Worlds 2022. Read more here!

¡South Korea has a new champion in League of Legends! GenG demonstrated his forcefulness by winning by 3 to 0 to the T1 of the mythical faker within the framework of Grand finale of the LCK Summer 2022. In turn, both organizations classified the Worlds 2022 which will start in September.

The definition of the most competitive league in LOL promised a nice meeting between its two best teams today, GenG Y T1, and we were surprised, perhaps it does not give it the form that many expected. It was the squad black and gold who stole the show thanks to a excellent coordination when it comes to achieving goals (12 dragons and 28 towers destroyed in the series, T1 got 3 and 8 respectively) and great individual work from both Ruler Y peanutwho was he MVP.

In the beginning, the seasoning that ignited this series was the fact that both the definitions of the tournaments Spring and Summer 2022 of the LCK had to T1 Y GenG as protagonists. During late spring, T1 won but, as we were able to witness since early Sunday morning in Latin AmericaThis time the story was different.

Logically, both teams left without modifications in their initial rosters. Zeus, Oner, Faker, Gumayusi and Keria by the side of T1while GenG was represented by Doran, Peanut, Chovy, Ruler and Legends.

The first match of the series was the longest with 38 minuteswhere Gumayusi Y Rulerthe ADC’s of each team (Sivir and Zeri), managed to have a crip score of439!. However, the difference was in their KDA Given the Ruler ended with 16 kills, 1 death and 1 assist. Notably peanutjungle of GenGclosed the game 1 with an impeccable final statistic of 0/0/14 with Sejuani.

For him game 2, T1 He was handicapped from the champion selection. The elections of Renekton middle Y Morgana What Jungle They were somewhat forced GenG I do not forgive. This time it was the Sylas of Chovy who stood out in the final list, finishing 9/0/5although the collective work of the #TigerNation was reflected in the difference in deaths, 17-2 and therefore in money, 56.6k to 38.8k.

Read:  These are the most colourful, comfortable, cool and extremely low-priced 'Made in Spain' espadrilles that you will wear in all your summer outfits

Thanks to the second point, the game 3 was the only thing that separated GenG of LCK championshipthe $150,000 and the Worlds 2022. aware of this, The Tigers they closed the series in 34 minutes starting and with a brilliant new performance by Ruler with Zeri (6/1/2) and with peanut in charge of the reins of team from the Jungle.

By the side of T1we highlight the contribution of the duo Gumayusi/Keria in bot lane. The ADCs was the standard in terms of damage contributed to his team, by performing 37k in the first meeting Y 23k during the defining game. Now, with the LCK finished, the next big goal for both of them will be world of League of Legends, Worlds 2022which will be based in North America.

GenG achieved its direct place for the recent championship, while T1 did the same for being the best in the general table of the LCK in Championship Pointswith a total of 190 (100 for 1st place in Spring 2022 and 90 for runner-up in Spring 2022). The highest competition of League of Legends will start on September 29th and you can follow it from geeky culture.