By HarleyKaiaSeptember 22, 2022No Comments2 Mins Read 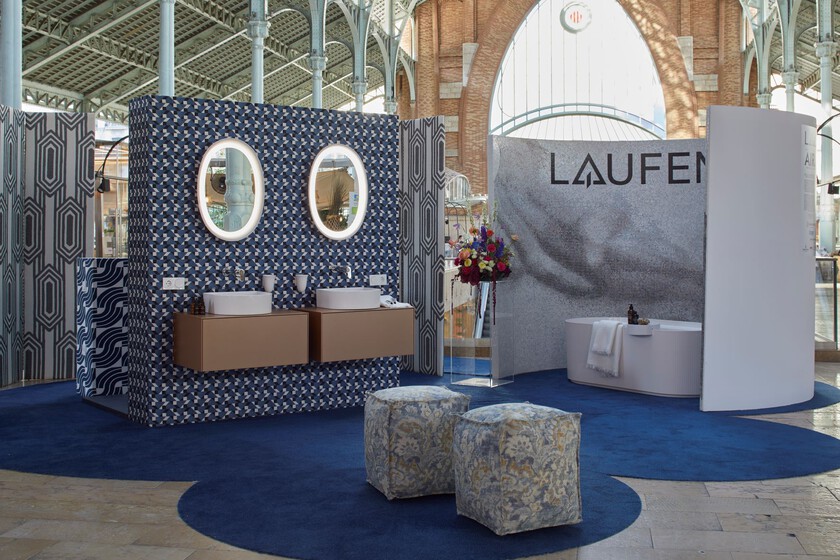 In order to bring us closer to good design, -the hallmark of the bathroom firm Laufen– and to celebrate that Valencia is the global design capital during 2022these days you can enjoy an ephemeral exhibition of some of Laufen’s most iconic collections in the emblematic modernist market of Colón in the city of Turia.

The visitor will be able to enjoy in detail until the October 7 of the nice open space in which the designers of the Sinmas Estudio studio have used ingenuity and creativity to make the washbasins of the Sonar collection by Patricia Urquiola, or its spectacular bathtub, look like jewels under the spectacular ceilings of the market. This is a four-piece bathroom, including the bidet and, yes. There is also space to display a toilet and bidet with the elegant lines of the Patricia Urquiola series.


The backlit mirrors and impressive taps are from The New Classic collection and are signed by Dutchman Marcel Wanders. The space is completed with the collaboration of other equally important firms that make it a design cradle. Of the textile part, it has been in charge KA International, providing the fabrics of the new collection of designer Erico Navazzo for the firm. The motifs of the textiles are geometric and provide the most unexpected side, filling the bathroom walls with elegant fabrics.

As a contrast and to frame the bathtub, its wall has been covered in a striking glass mosaic of very small tiles by Trend, a company inspired by the Byzantine mosaic tradition. What if. The reason has airs of ancient Rome.

Read:  This house, prefabricated and mobile, costs 45,000 euros on Aliexpress and has the best solutions for small spaces

In their opening, Mateo Climent and Sigfrido Serra (from SinMas Estudio) highlighted that this initiative aims to bring design closer to people. Hence its location in the Colón market, which is a meeting point and one of the modernist jewels of the city. It is also the way in which Laufen adds to design party, in the same week in which it is celebrated The Habitat Fair. It is about including events, which, as is already the case in other cities linked to design such as Milan, the entire city lives and participates in the celebration of design.

Washbasins and toilets with simple lines and functional furniture, keys to making the most of small bathrooms