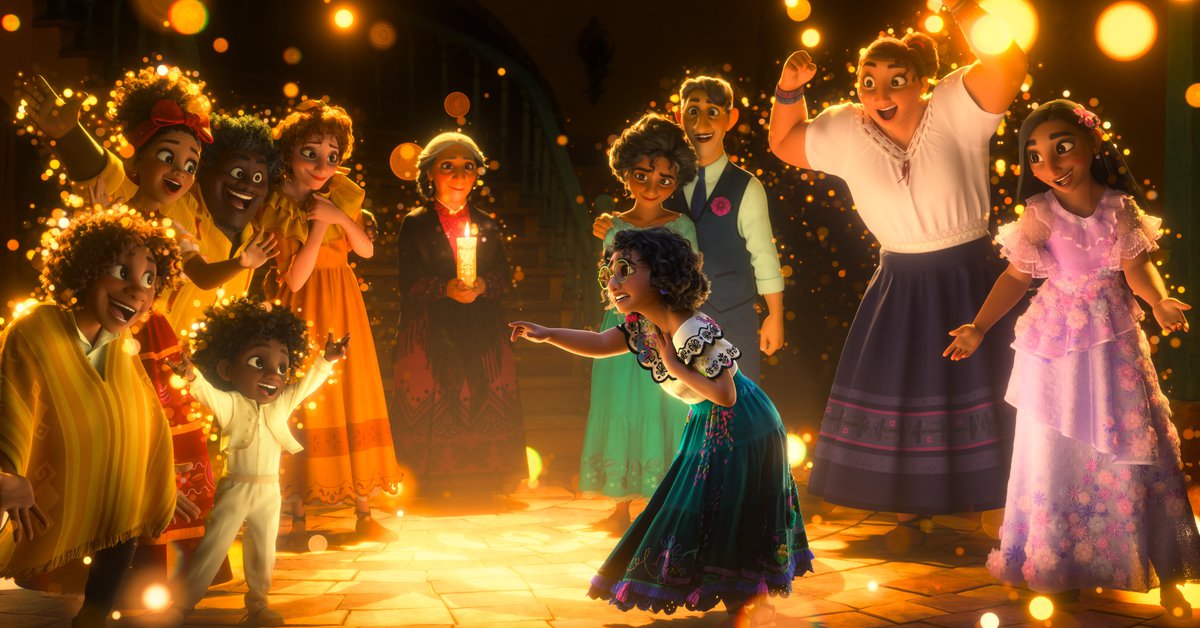 Ridley Scott’s latest film hits Spanish cinemas this weekend with a stellar cast that will play the characters of ‘La Casa Gucci’. Disney will also feature prominently on the billboard with the premiere of ‘Encanto’, its new film with which it seeks to show the diversity of Latin America. Added to them is the new installment of the ‘Resident Evil’ saga and the Spanish ‘La hija’ and ‘El Refugio’.

Ridley Scott directs an all-star cast in ‘The House of Gucci’, the film inspired by the shocking true story of the family emporium behind the legendary Italian fashion house, ‘The House of Gucci’. The film discovers, over three decades of love, betrayal, decadence, revenge and murder, the true meaning of a surname, its value and how far a family can go to gain control of it. Lady Gaga, Adam Driver, Jared Leto, Al Pacino, Jeremy Irons, Salma Hayek, Jack Huston and Reeve Carney are part of the cast.

Disney has been inspired on this occasion by Colombia for its movie ‘Encanto’ that hits theaters this week. The feature film, which tells the story of ‘Los Madrigal’, an extraordinary family that lives hidden in the mountains of Colombia, is full of references to Colombian culture, such as the yellow butterflies that evoke the novels of Gabriel García Márquez; traditional clothing such as espadrilles, vueltiaos hats and ruanas and animals typical of the local fauna.

Loles León, Leo Harlem, María Barranco, David Guapo, Sara Sálamo, Carlos Alcántara and Mariam Hernández star in ‘El Refugio’ under the direction of Macarena Astorga. A family comedy in which anything can happen with characters such as a movie star in low hours and an emerging heartthrob who threatens to displace the former thanks to the tricks of their agent; the owner of the high mountain hotel and her crazy sister; a group of children wanting to have fun; a taciturn bellboy who sees everything and a tremendous storm that will leave them isolated days before Christmas.

Returning to the origins of the popular ‘Resident Evil’ franchise, Johannes Roberts brings the games to life for a whole new generation of fans. “In Resident Evil Welcome to Raccoon City”, once a burgeoning hometown of the pharmaceutical giant Umbrella Corporation, Raccoon City is now a dying town in the Midwest. The company’s exodus left the city a wasteland, with a great evil brewing beneath the surface.

Manuel Martín Cuenca and Javier Gutiérrez work together again in ‘La hija’, the film also starring Patricia López Arnaiz, Sofía Elben, Juan Carlos Villanueva and María Morales. The film tells the story of a couple willing to do anything to have a child, for which they turn to a young woman who lives in a center for juvenile offenders who has just become pregnant and is determined to change her life. To help her, the only condition in return is that she agrees to give them the baby she carries in her womb.

The list of premieres includes ‘Lamb’, the Icelandic production nominated for an Oscar for Best Foreign Film, in which a couple lives in isolation with their herd of lambs on an island in Iceland. When they discover a mysterious newborn, they decide to keep him and raise him as their own child, but nature has one last surprise in store for them.

‘Espíritu Sagrado’ is Chema García Ibarra’s first feature film, set in Elche, his hometown, in which he turns a story of search for faith into a mystery film with science fiction elements.