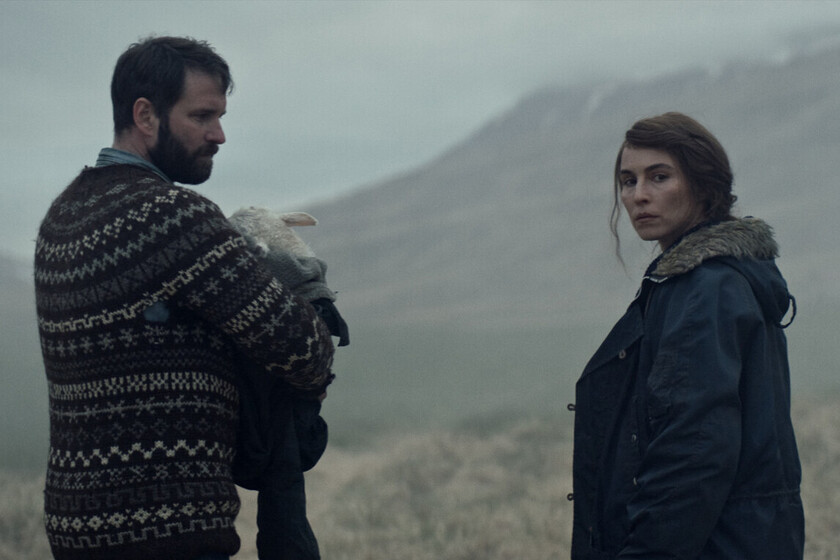 I have no proof, but no doubt, that A24 be one of the most stimulating and attractive companies on the current film scene. Either through own productions such as ‘Rough Diamonds’, ‘Hereditary’, ‘Midsommar’ or ‘El faro’, or with films acquired to distribute such as ‘Green Room’, ‘The witch’ or ‘Ex-Machina’ , those from New York have managed to give their label its own identity based on risk and prestige.

Except in specific cases, and always keeping in mind the great differences between the various titles in its catalog, the vast majority of A24 feature films have in common their status as niche films, being generally dominated by a strong authorial component which makes them prone to curdle much better within the festival circuit than on multiplex screens.

The case of ‘Lamb’ is no exception to this trend. After scratching the Originality Award at the latest edition of the Cannes Film Festival, Valdimar Jóhannsson’s surprising debut has risen as the great – and predictable – winner of Sitges 2021 thanks to its Quirky cocktail of simmering drama and fantastic cinema. A deserved award, but not without its buts.

The first bars of ‘Lamb’, without having to put in any effort, managed to completely trap me in its icy, calm and strangely tense atmosphere. Little by little, that narrative that is usually associated with Nordic cinema, presided over by the absence of effects and by an exponential dramatic progression that acts like a pressure cooker destined to explode in the last act, leaves me nailed in the armchair without having too much idea where the story can lead.

Read:  Welcome to the realm of dreams! Enjoy the first teaser of The Sandman

The absence of underlining and over-explanations enhances this sense of unhealthy fascination. Scene after scene the film invites us to connect the dots and discover the tragedy carried by its intense protagonists —Fantastic Hilmir Snær Guðnason, Björn Hlynur Haraldsson, and most of all a splendid Noomi Rapace — as she heads towards an inevitable, spectacular, and truly shocking ending that is best not known about.

Unfortunately, when all the accumulated tension ends up exploding, it is already too late. ‘Lamb’, with his taste for landscaping, his dull tempo and his long languor, turns his second act into a tougher experience than anticipated, reducing his hard-hitting finishing blow to little less than an emotionless late gag.

However, on the other side of the coin is the figure of b. Shielded by the impeccable photography of Eli Arenson, the director exploits his experience as a VFX artist and shapes a rough, magnetic and calculated to the millimeter staging; according to the subtlety of the background and the exposure.

I will not be the one to deny that the award for ‘Lamb’ at the Sitges Festival is more than deserved —in fact, I do not hesitate to place it among my ten favorites of the edition, and my technical and formal affiliations may have a lot to do with it— , but its icy icelandic airs They have left me much colder than their relentless start promised.