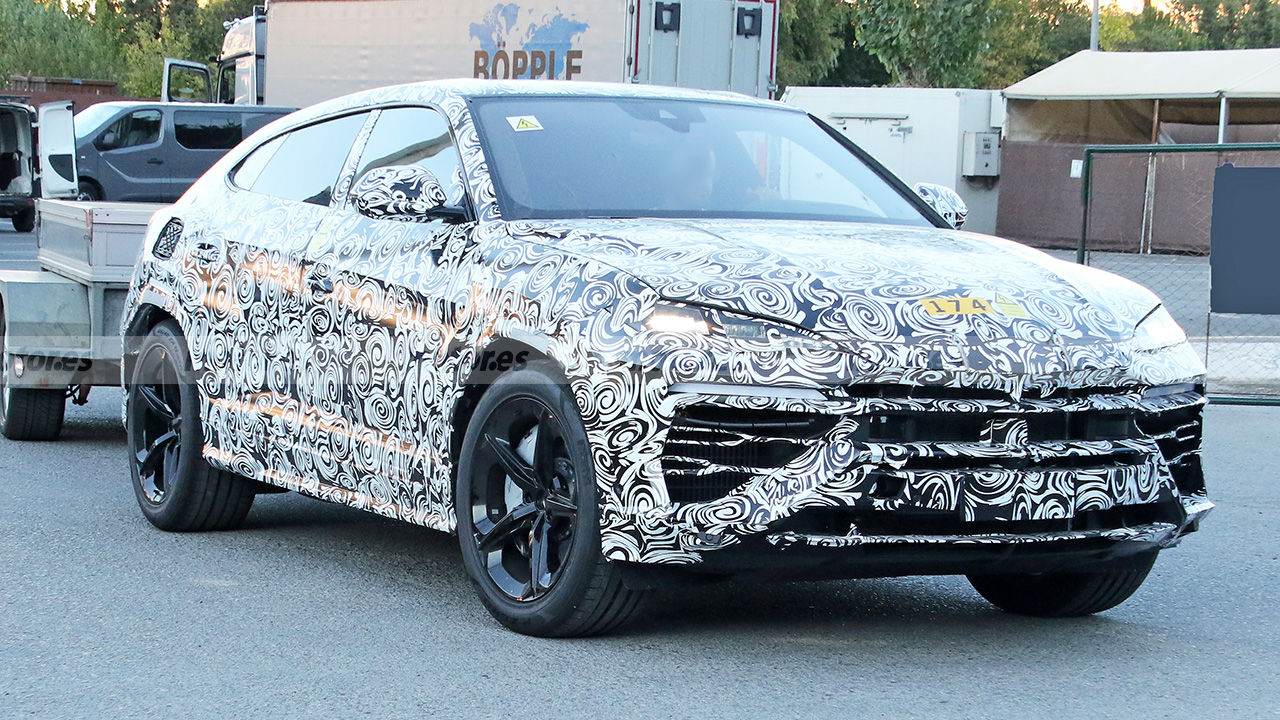 Lamborghini is working on the development process of its first plug-in hybrid SUV. The new Lamborghini Urus PHEV has been photographed, once again, in full testing session. However, unlike previous sightings, the hunted Urus PHEV is already in a production configuration.

The Lamborghini Urus It is an unmitigated success. A model that has established itself in record time as the central pillar on which Lamborghini stands. This exclusive SUV brings together the bulk of the company’s sales. Therefore, it should not surprise us if the Urus is also called to be a flagship in the electrification process that the brand has initiated. Yes, the Urus will be electrified.

A test specimen of the new Urus PHEV has been seen driving on roads open to traffic. The fact that the exterior is densely camouflaged is striking. It is a novelty if we take into account the photographs published this past summer. Around this time our spy photographers stumbled upon a test mule. Now, we are before a prototype.

Beneath all the camouflage is the bodywork of the production plug-in hybrid Urus that will end up reaching dealers. Now, this does not mean that the coming-out is just around the corner. As we will see later, there is still a long way to go until the project can be considered finished.

Read:  This is the production CUPRA Tavascan that arrives in 2024

Although practically all of the exterior is covered in camouflage, some of the changes that the plug-in hybrid variant will present with respect to the rest of the versions that make up the Urus range are intuited. A range that has recently been adjusted with the arrival on the scene of the new Lamborghini Urus Performante and, shortly after, the new Urus S.

Also obvious is the cover that hides the socket for recharging the battery of the hybrid propulsion system. It is located on the left rear fender. On the opposite side is the fuel refueling socket. Let’s go into detail and analyze the main keys of the powertrain.

The plug-in hybrid engine of the new Lamborghini Urus PHEV

At the heart of the new Urus PHEV will be a plug-in hybrid propulsion system made up of a 4.0-litre twin-turbo V8 petrol engine and a little electric motor. The total power will reach 820 hp. Thanks to a high-voltage lithium-ion battery, you can drive just over 50 kilometers in 100% electric mode.

When will it be revealed? The latest information indicates that the launch of the new plug-in hybrid Urus will take place in the second half of 2023. Therefore, it will land in dealerships as a 2024 model.

Dragon Ball: Frieza looks much scarier in this cosplay done with body paint