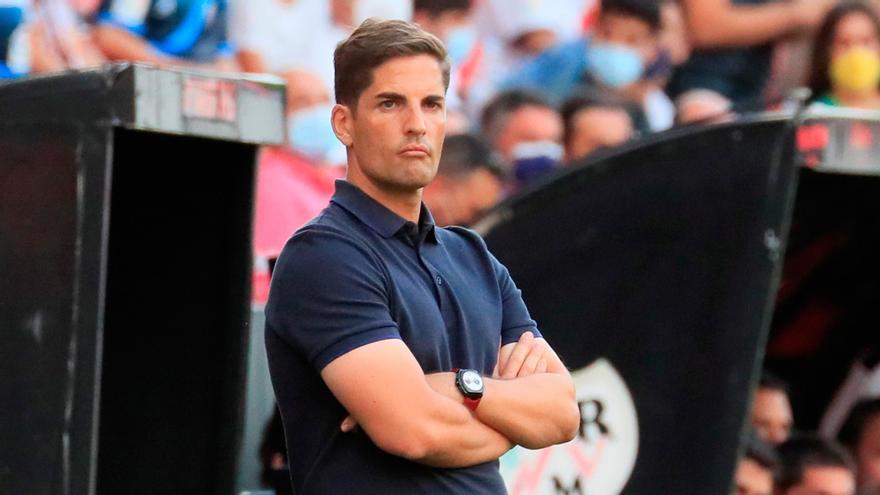 Granada coach Robert Moreno described Real Sociedad, which visits Nuevo Los Cármenes this Thursday, as “a mirror in which to look at yourself”. The Andalusian team will host Real Sociedad on Thursday (at 7:00 p.m.) after achieving a draw at the Camp Nou

Despite the draw, Robert Moreno described the match against Barça very positively: “There are steps ahead of the team on a daily basis. On Monday at the Camp Nou there was a defensive aspect that we were working hard, “explained Robert Moreno at a press conference this afternoon.” I see the glass half full and I see that we are improving every day. We lack the results, that is evidence, but they will arrive for sure“added the rojiblanco coach.

Moreno was convinced that they are “on the way to winning the first game of the season and breaking the ‘negative vision'” that exists on the team after having started LaLiga Santander with three draws and two defeats. The coach described Real Sociedad, his rival this Thursday, as “one of the best teams in this league start“and” a mirror to look into. “

The Granada coach did not stop praising Real. “ANDIt’s a hard-working team that plays at a very high pace and with very defined movements that are difficult to defend“Moreno said about the San Sebastian team. In addition, he downplayed the casualties with which Real faces the game because it is a squad that has” a very good squad “with which to be able “always have a very competitive eleven”.

Read:  AMLO acknowledged that people decided not to participate in the Popular Consultation on the trial of former presidents

The Catalan coach acknowledged that this Thursday against Real they will try to “to have more time on the ball” than in the clash against Barcelona with the ultimate goal of “winning”. Moreno regretted that they have had “little recovery time” to prepare the game and who will decide the starting eleven based on how he sees his players in training this Wednesday afternoon and on the same day of Thursday.