La Chiquitibum, the girlfriend of the World Cup Mexico 86 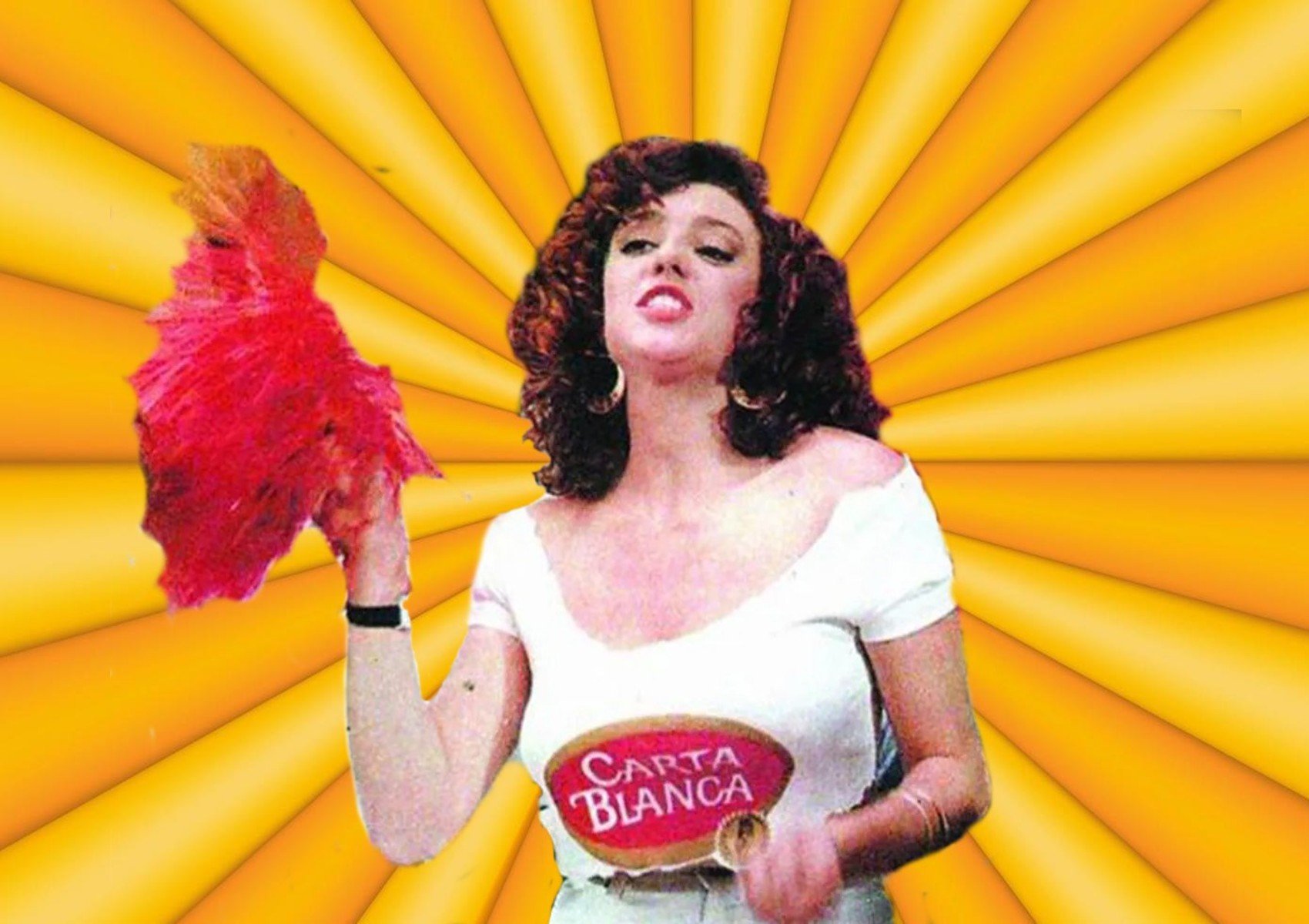 Almost four decades after the World Cup Mexico 86, it is possible that many Mexicans no longer have in their memory data such as which were all the teams that our team faced or even which country won the cup that year. But what without a doubt almost no one forgets is the beautiful chiquitibum.

It all started like this. During the broadcasts of football matchesthe mexican television threw a beer commercial where an ecstatic fans are shown in the stands supporting the national team.

Index hide
1 The Chiquitibum commercial
2 Mar Castro, the Little Tube
3 The day the commercial was recorded “it was cold”

Hundreds of men with flags and bugles shouting, happy people with hats made from Styrofoam cups and boys and adults with colored pompoms, so far, let’s say, everything normal.

But the publicists hired by Carta Blanca came up with the idea of ​​including a disturbing, devastating element in the ad: a beautiful young woman, clad in a cropped white blouse that revealed her shapely figure, the fans baptized her as “Chiquitibum” and later as “The girlfriend of the World Cup Mexico 86”.

It didn’t take long for it to be known that the young woman’s name was Mar Castro, a 17-year-old girl of Spanish descent, but who had immigrated to Mexico with her family several years ago.

In an interview with Jacobo Zabludovsky, the young woman revealed a little more about herself, such as that she was studying performing arts at UNAM, that there, some friends invited her to do the famous commercial, and that it was her, and not the publicists , to whom it occurred to him to cut the blouse (garment that unleashed his fame) because it was too short for him.

During her conversation with the journalist, Miss mar castro She slides her discontent for having become famous with a Carta Blanca commercial, and not for something more important. She said she studied dance, ballet, jazz and tap, as well as being a fan of Manuel Acuna Y Alfonsina Storni.

But after the 1986 World Cup in Mexico, Chiquitibum’s fame began to decline, she had insignificant roles in soap operas, and then continued with some theater, then disappeared from the media.

The day the commercial was recorded “it was cold”

Now it is known that for more than a decade Mar Castro has lived in Los Angeles, identifying herself as an actress and singer.

In an interview from 2009, the woman explains that in the Carta Blanca commercial she did not wear another item of clothing under her blouse and that it was also cold on the day of the recording, incidents that made the commercial shocking and remained forever on the screen. memory of the Mexicans.