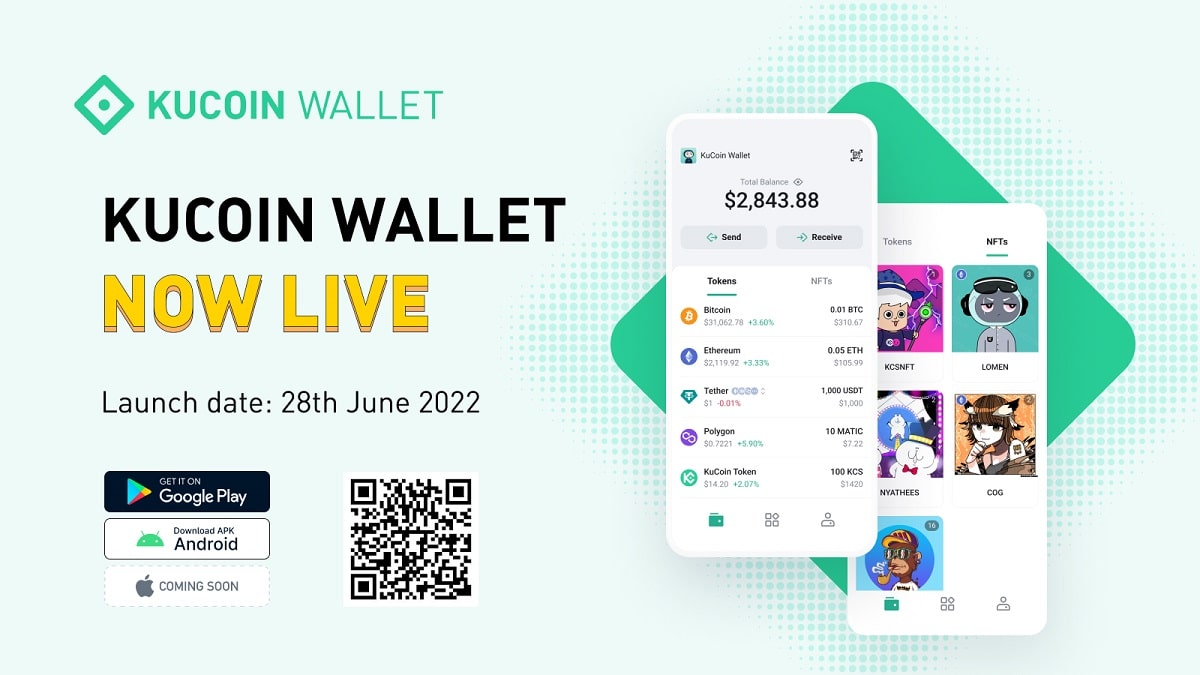 Global cryptocurrency platform KuCoin has announced the large-scale launch of its KuCoin Wallet app. The new wallet redefines the concept of decentralized wallets and will offer users a unique Web 3.0 experience.

The launch of KuCoin Wallet comes after a long beta testing period that showed the need to improve the app. The improvements are based on user feedback and modern market requirements.

The result is KuCoin Wallet, a multi-chain bitcoin and cryptocurrency wallet, safe and convenient, which is fully compatible with the KuCoin ecosystem. In order to offer the best possible user experience, the wallet was publicly tested during the beta phase, in which more than three million users were registered.

KuCoin Wallet is now ready for you to enter Web 3.0

Key improvements to the officially launched wallet include server performance and stability, providing users with seamless and optimal experience. KuCoin Wallet is positioning itself as a simple, secure and professional Web 3.0 application designed for decentralized web browsing.

The apps allow users to quickly create decentralized accounts, lowering the barriers to entering Web 3.0, and giving them the ability to explore popular DApps (decentralized applications) on various public blockchains, including gaming and financial services.

Read:  Marvel finally manages to solve the big problems with the Eternals

The launch of its bitcoin and altcoin wallet gives the exchange another powerful tool that bolsters the impressive arsenal of its native ecosystem. With KuCoin Wallet, the exchange is able to tap into its vast community of millions of followers and improve its user experience by using a decentralized, dedicated and holistic Web 3.0 application.

get KuCoin Wallet for your mobile. For more information about KuCoin and its decentralized app, visit https://kuwallet.com/

Released in September 2017, KuCoin is a global cryptocurrency exchange, with operational headquarters in Seychelles. As a user-facing platform with a focus on inclusion and community action outreach, it offers over 700 digital assets. It currently has spot trading, margin trading, P2P exchanges, futures trading and staking, services it provides to its 18 million users in 207 countries and regions.

In 2022, KuCoin raised over $150 million in investments through a pre-Series B round, bringing total investments to $170 million with Round A combined, at a total valuation of $10 billion.