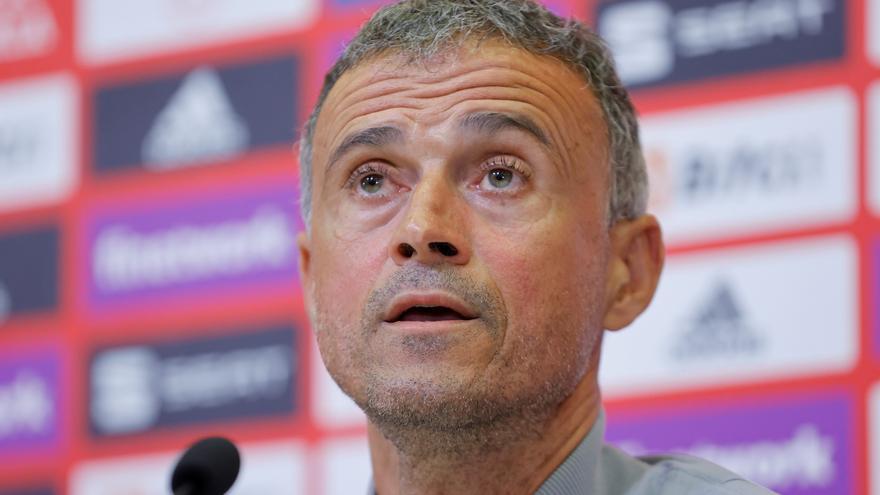 Luis Enrique Martínez appeared at a press conference in Las Rozas to assess the list of summoned for the next qualifying matches for the Qatar 2022 World Cup. Spain is measured at Sweden (2/9), Georgia (5/9) and Kosovo (8/9) with the need to obtain good results to achieve the first group place that gives direct access to the World Cup. The puncture on the opening day against Greece forces them to win practically all the commitments and, especially, not to fall next Thursday in Solna.

As expected, Pedri did not enter the list of 24 players by rest. Koeman had publicly announced the Tenerife vacation, something that Luis Enrique was not taken as a measure of pressure. “Very few things bother me. I understand the positions, but it must be clear that they do not affect me. I am delighted that coaches or players call me, but they do not affect my opinion. I decide what is best for the players and the national team. It is my decision. personal”.

Luis Enrique explained that in the case of the Olympic players, he had analyzed each situation and that Eric’s call was due to the fact that last season he “played little” with Manchester City and the meta Unai because “he has already returned to training and is available”. Of the rest, he stressed that “it is better for them to rest and watch the bulls from the sidelines.”

Among the absences was Sergio Ramos, injured, and Lucho pointed out that “unfortunately it happens like last season. Since the last list he has not been able to compete in a single game.” Neither will players from Madrid be present again. At this point, the coach preferred not to add fuel to the fire. “My actions respond better than my words. Giving explanations would only complicate“

The main surprise was the presence of Abel Ruiz. Luis Enrique commented on the ex of the Barça that “He finished very well at Sporting de Braga and the preseason also started well. His way of moving up front, the chances of teaming up, the goal … we also consider that he has a very marked trajectory in the lower categories “.

Another outstanding return was that of iñigo Martínez, after resigning from the Eurocup, and praised him for being “very brave to speak publicly, not only respectable, but highly recommended acknowledge it if you can’t give 100 percent. “

The name of the summer, Kylian Mbappé, also came on the scene and Lucho responded with good humor about whether his incorporation to the Spanish League was positive. “It may be that yes, it may not … What does it matter what interests me, if (Mbappé) were SpanishI would be delighted, but no matter how hard Molina (sports director) works, we will not get him to be Spanish. We have a powerful League, the big stars always come in very well, but we must strengthen the quarry and we have an exciting League, more with an audience and that can vibrate “.

Lucho also fit in a good way the question about the absence of Andalusian players: “I wanted to go to Tarifa … now it’s almost better that I don’t go lest they call me anti-Andalusian …“.