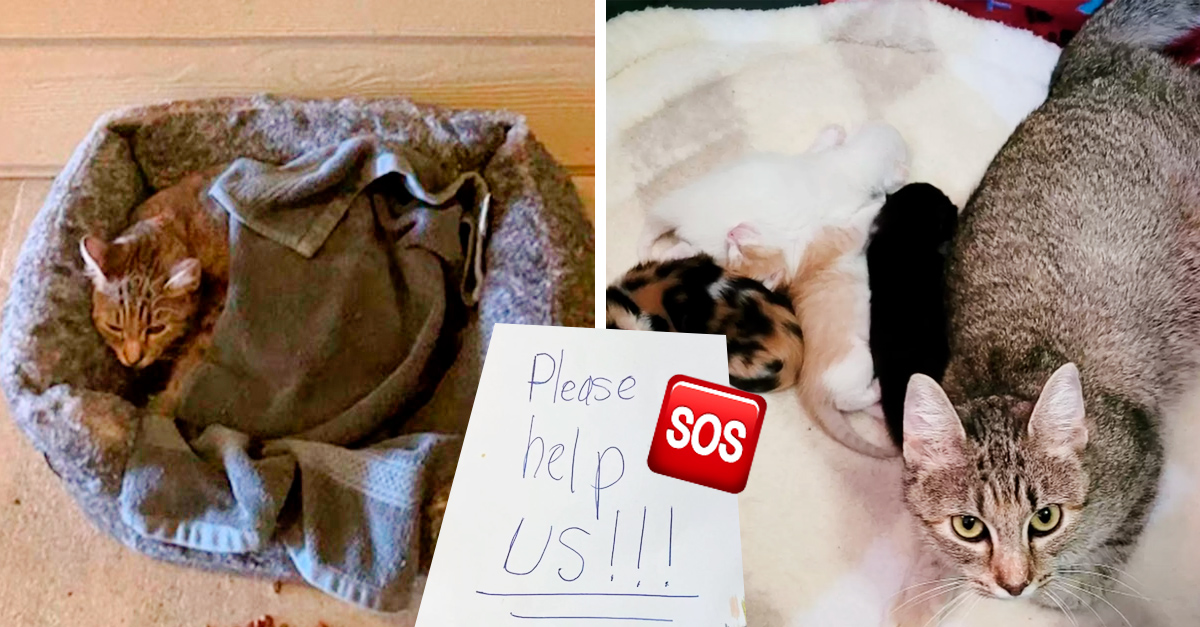 Kittens are an important part of our family. That is why we must provide them with a decent roof, care, food and support when they need it most. However, there are cats that do not have this luck and their owners abandon them at the worst times, as happened with a kitten that was left on the street in labor and with a note for help.

Fortunately, a woman who was passing through the area noticed what had happened and helped the pussycat. His story has gone viral and unleashed all kinds of comments on social networks.

Kayla was on her way to work like any other day, but when she got to the office, she saw a box on the front door with loud meows coming out of it. When she got closer, she realized that there was a cat inside that had just given birth to four little michis and had been abandoned by her owners, who had no mercy in leaving her alone during such an important and crucial moment.

Fortunately for everyone, Kayla had volunteered at animal shelters and knew how to deal with such a situation. She immediately took the box and took it to her office, she asked one of her colleagues to help her and when they picked up the pussy they realized that she was still in labor, so they brought hot water, simulated compresses with some rags from the warehouse and tried to keep the office as warm as possible. In the box, Kayla and her partner found a note with the message: “Please help us”.

Read:  Kelsey Grammer wants to come back as an X-Men

Kayla was always supportive of the new mom, who thanked her with a few purrs and licks on her hands. He even called Coastal Bend Cat Rescue, an association dedicated to helping little kittens, to request a medical check-up for the new feline family.

In the end, the heroine without a cape took the kittens to her mother’s house, a place that has served as a temporary refuge while she finds a stable home for each one. On the other hand, she says that she will stay with the older cat, since she has created a close bond with her, she has even called her BonBon.

Let us remember that animals are not companion objects, but beings that, just like us, need care, love, quality time and support.