Bullfrag
Home News Kirchnerism asked Eduardo Casal for information but lowered his tone to his... 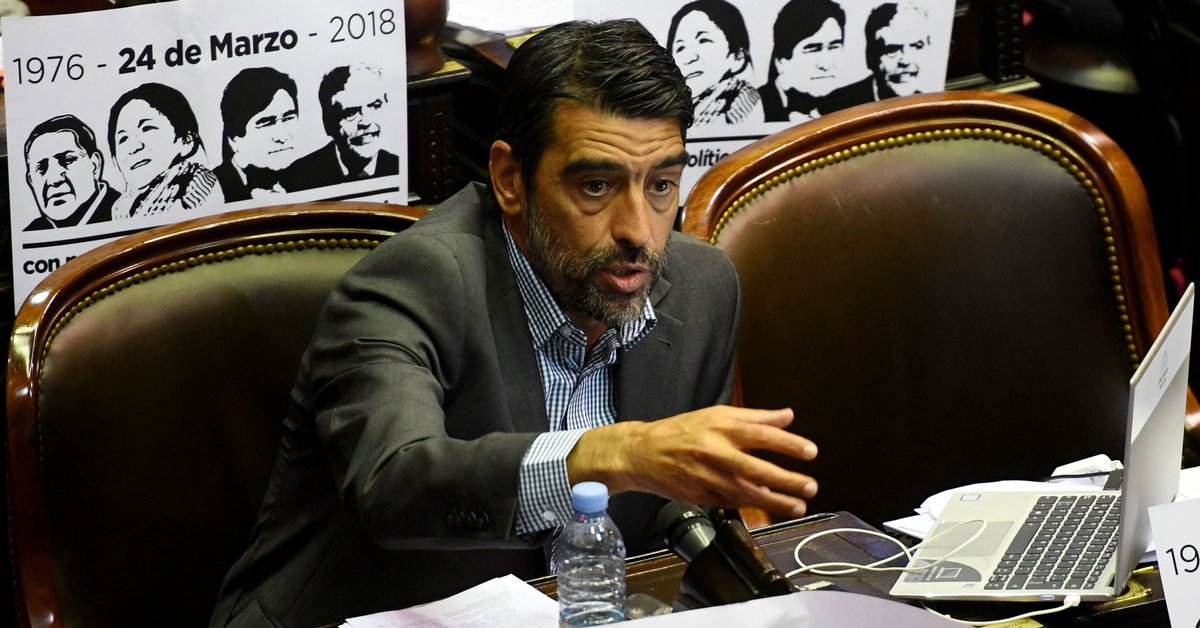 Slowly the change in the correlation of forces in the National Congress. Although the new legislators will take office on December 10, the climate in the debates feels. Especially in those who did not renew their benches or in the blocks that lost strength.

Some of this could be seen yesterday afternoon in the Bicameral Monitoring of the Public Ministry of the National Congress where, although there were some crossings between the ruling party and the opposition, they stayed away from the screams and the chicanes that the deputies and senators who make up this strategic commission were able to show.

The agenda that taking into account the number of months without meeting -June of this year was the last meeting- and where the The ruling party was seeking an example of the chief prosecutor Eduardo Casal, it was just several requests for reports and some low-key adjectival with respect to the man that Kirchnerism has sought to displace for two years.

In this context it was that the Bicameral of Monitoring of the Public Ministry of the National Congress he again asked the Attorney General to report if you had knowledge of a trip that the prosecutor before the Chamber of Cassation, Raúl Pleé, and if he had authorization to do so since he had been absent from the country for more than 30 days.

The note was presented by the national deputy of the Frente de Todos Rodolfo Tailhade from a journalistic complaint that stated that Pleé, who was in charge of the prosecution in the case of “Future Dollar”, traveled to the United States between May 15 and June 16 of this year. “It is a serious fault of the magistrate: the abandonment of work for a long time without authorization. We want (the interim prosecutor, Eduardo) Casal to report if he has knowledge of that trip, if a license was requested and if he authorized it, ”said Tailhade through the note released today at the Bicameral meeting.

Casal had already informed the Senate that “he was not aware of that license,” but that he had no jurisdiction over the matter because the one who had to authorize that case was Attorney General Ricardo Sáenz. This generated the discomfort of the members of the ruling party who made reference to the alleged meetings of Pleé with Macri when he was president at Quinta de Olivos.

Read:  In the midst of the energy crisis, Europe puts itself in the hands of what it promised to abandon: coal

“I ask that Sáenz be released in the same terms as Casal. Let him be the one to answer us if Retes had authorization to travel ”, Tailhade insisted, and claimed “to know all the prosecutors who traveled abroad in the last three years.”

“We must not forget that Casal reproached a group of female prosecutors who had met with the Minister of Justice, Martin Soria ”. At that time, Casal complained about that meeting, claiming that he had institutional representation and threatened this group of women with punishment. From this, Tailhade said that “there is a different treatment and he does not have the same attitude. It seems to me the request has to go out to Casal so that he can send all the performances of the subject ”.

But the shouts that this commission were able to cope with lost intensity, both from the ruling party and the opposition, after November 14 last. And even the acting Casal must feel it. Perhaps this has to do with the fact that it was the last meeting of the year of the bicameral and after December 10, it could be that other legislators are the authorities of the commission.

Today, this strategic commission where Kirchnerism sought to advance with the reform of the Public Prosecutor’s Office and displace Casal, is chaired by the official senator Martín Doñate, while the radical deputy Emiliano Yacobitti is the vice president.

As of the replacement, legislators must appoint the new authorities of the Bicameral which oversees the movements of the Attorney General’s Office and the General Defender.

Axel Kicillof receives the pro-government mayors, who will ask him for re-elections with a draft on the table
Alberto Fernández received the Spanish lawyer Baltasar Garzón at the Casa Rosada