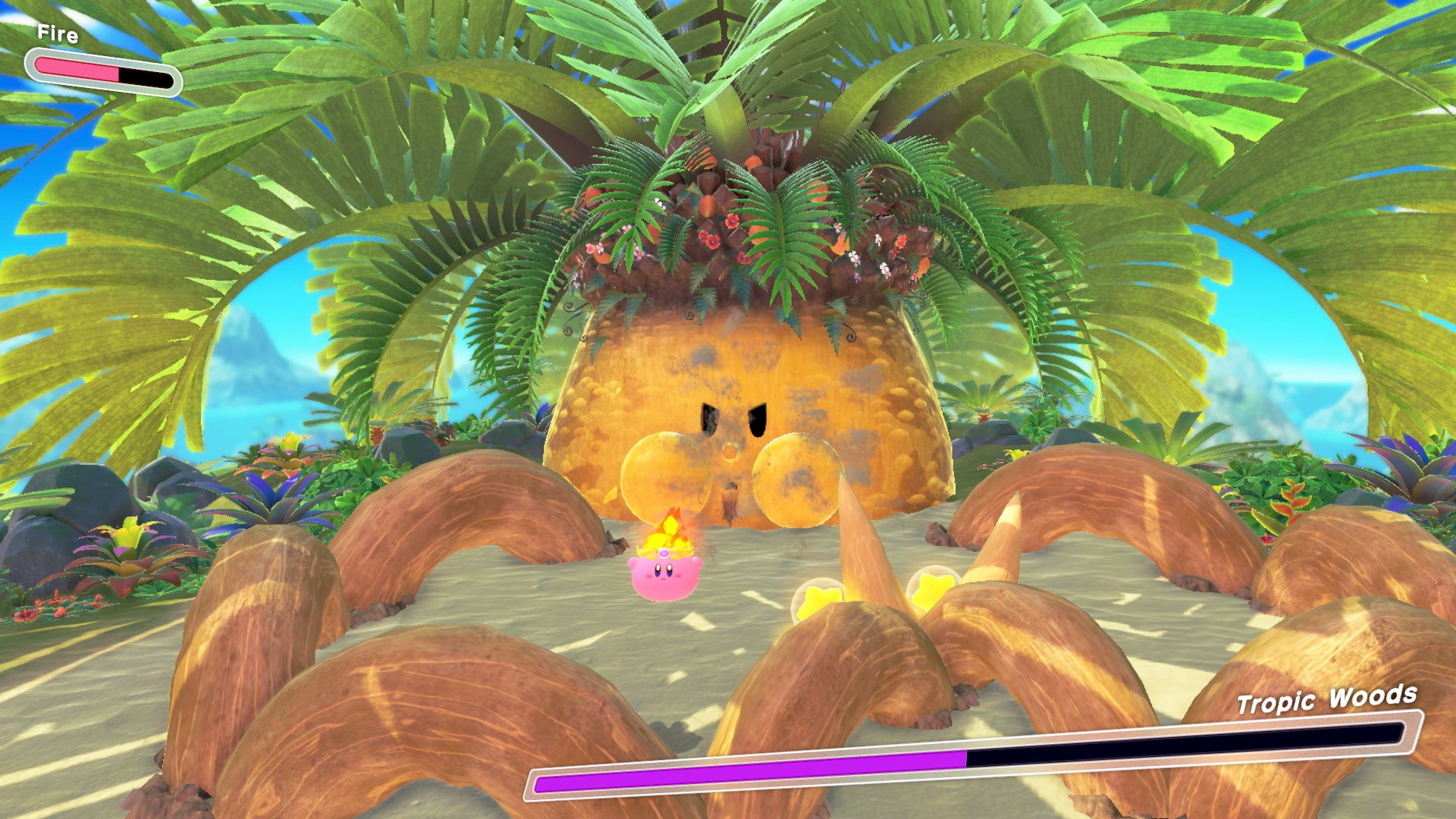 Kirby and the Forgotten Land introduced two of the bosses that Kirby will come across in the campaign next March.

Coming soon, Nintendo will launch Kirby and the Forgotten Land exclusively for switchand while we wait for the new adventure of the peculiar pink character, the company advancement how two of the bosses that we will have to face in the campaign will be: Gorimondo and Tropic Woods.

Meet Gorimondo and Tropic Woods, two of the bosses from Kirby and the Forgotten Land

With a cartoonish and colorful aesthetic, the new Kirby video game will present us with a semi-open world to explore in search of secrets and adventures, and obviously along the way we will meet characteristic enemies of the Kirby saga, as well as huge bosses, such as those who revealed Nintendo the present day. One is called Tropic Woods, which has a tropical design with a wide palm tree looking surprised and presumably giant banana attacks.

The other boss is a bit more intimidating, Gorimondo appears as a huge gorilla who attacks directly with his fists, which make Kirby look like a defenseless ant next to him.

The new screenshots you left us Nintendo are just a small glimpse of what awaits us in Forgotten Landand luckily we could already see some fragments of the fights against Tropic Woods and Gorimondo in the latest promotional videos. Nintendo says the game is “a new 3D Kirby adventure set in a mysterious world” where players will be able to move around in three-dimensional environments using “Kirby’s well-known copying abilities.”

In both the reveal trailer and the recent gameplay overview from Forgotten Land we discover a little more about its gameplay based on puzzle solving, trap avoidance, combat against enemies and exploration in the colorful world along the way. super mario odyssey. We also saw captures that revealed all kinds of locations in overgrown and abandoned cities, frozen areas and islands in the middle of the sea.

Kirby and the Forgotten Land will release on March 25, 2022 at Switch.

How to cancel App Store subscriptions on iPhone and iPad