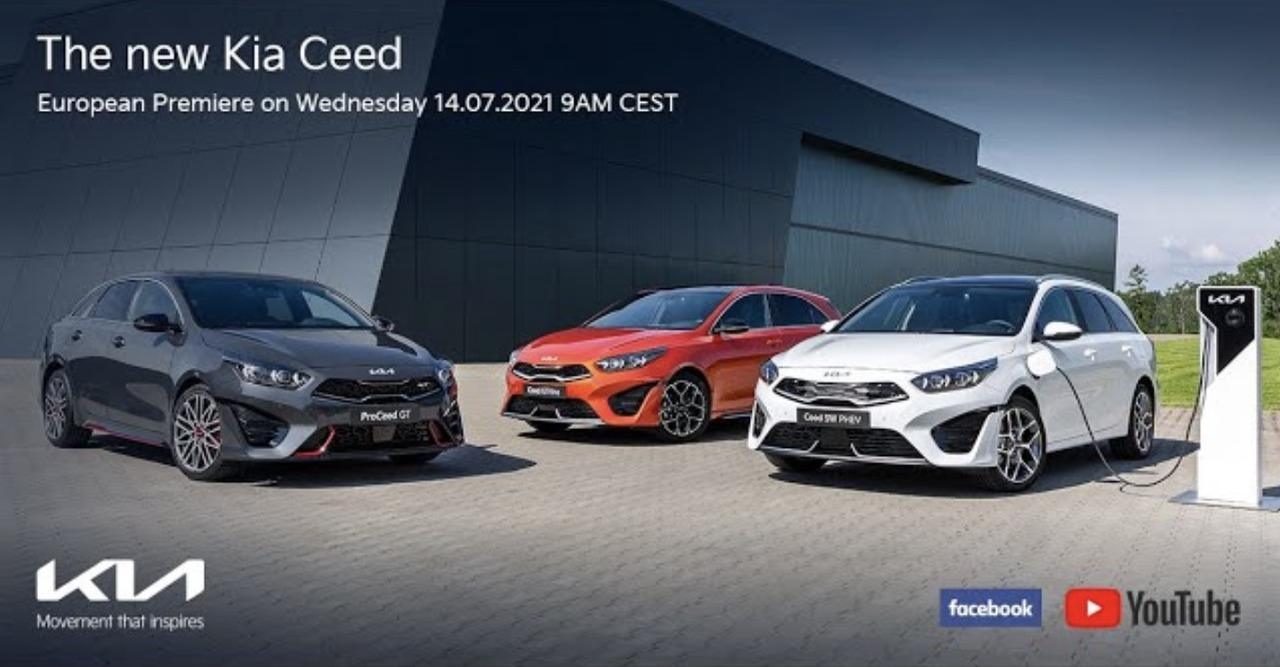 In a most strange teaser, the Korean firm has unveiled the update of its compact range for the 2022 model, the new KIA Ceed hatchback, KIA Proceed and KIA Ceed Tourer in its GT and GT line trim levels.

The marketing departments of some manufacturers never cease to amaze us. Sometimes we are bombarded with dozens of teasers in which we can hardly see anything and in which in many cases we do not even know what they are trying to announce, while other times they practically completely reveal the model before its official presentation.

This last alternative is the one that KIA marketing managers seem to prefer, since in recent months they have been dedicated to unveil the images of their new models in full and naked before their official presentation, so there are very few surprises left to discover when the model officially debuts.

In this case we do not find one model but three, since KIA just revealed the upgrade design at a stroke that the Ceed 2022 range is going to debut, with the presentation of 3 of its 4 body variants, because except for the KIA XCeed, all the models that will debut this new facelift have been unveiled.

The presentation of this update is going to take place tomorrow, July 14, and from what we see it will be the debut of the 3 conventional body variants of the compact range of KIA, which They are going to release a slightly retouched grille and a practically new bumper, because we can see new shapes and larger grilles as an air inlet on the sides.

In the image presented by the company, which is also low resolution, we can see the new KIA ProCeed GT 2022, while the KIA Ceed 5-door hatchback and KIA Ceed Tourer appear in the GT Line trim, the latter also in its variant plug-in hybrid, which we were able to test precisely at the end of last year.