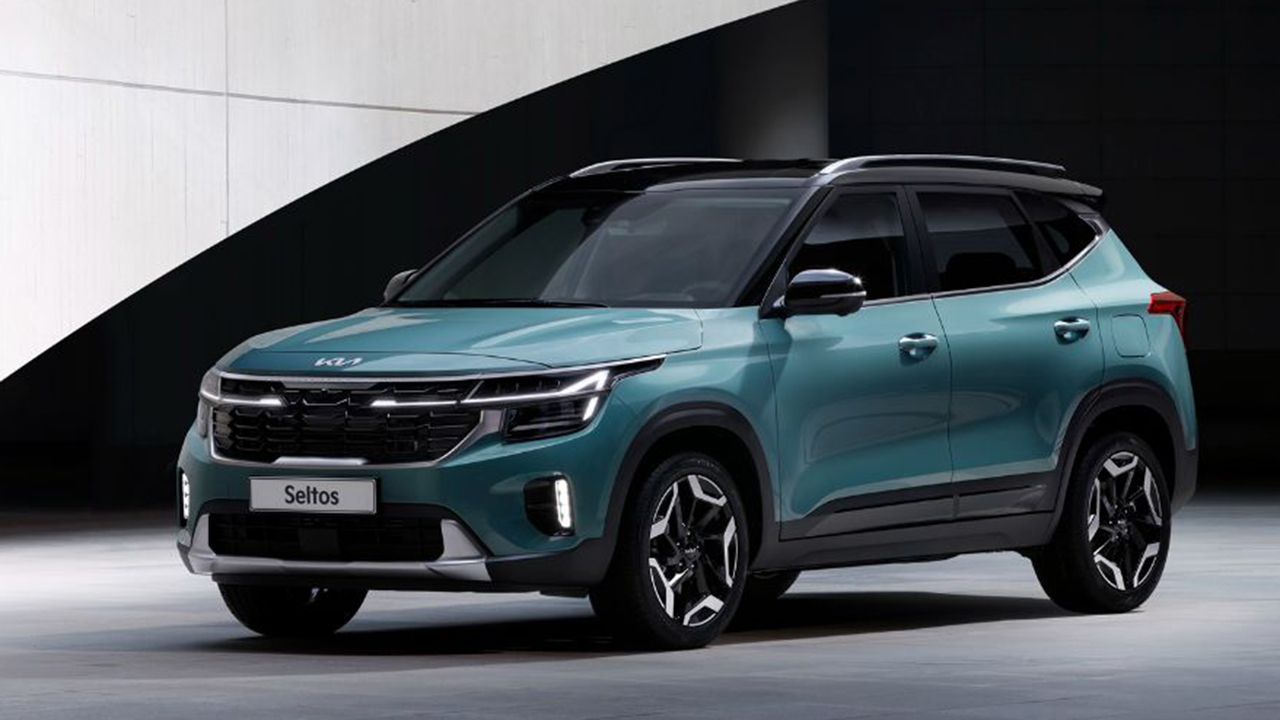 The new KIA Seltos 2023 has been presented in society. KIA’s popular SUV has undergone a major overhaul. A facelift to catch up on design and technological equipment. Despite the commercial success that it has been reaping, the brand is reluctant to introduce this SUV in Europe.

In these lasts months Kia
has been working on the development of an update for an important member of its SUV range. An update that is already reality. The KIA Seltos, one of the most popular SUVs from the South Korean manufacturer, has been updated. Specifically, it has received a facelift that will allow this generation, the first, to face the rest of the commercial life that lies ahead.

The new KIA Seltos 2023 has burst onto the scene loaded with news. The brand has unveiled the first official images and data of its renewed SUV. Let’s go into detail and find out how a model has changed that we would undoubtedly like to see in Europe.

The design of the new KIA Seltos 2023

Just take a quick look at the images published by KIA to discover the novelties in exterior design. Being a mid-cycle update, the aesthetic changes are concentrated in the front and rear. Starting our tour at the front, we will find renewed optical groups in which LED technology is the protagonist. The grille has also been revised and features illuminated elements.

The front bumper has also been updated. The same goes for the lower plastic fender. If we go to the side view, in addition to discovering the original essence of the Seltos, it will be clear that there are no great novelties in this area. The most remarkable thing has to do with the level of customization, since the brand has added new colors for the bodywork and wheel designs.

Finishing our tour behind, there are several aspects to point out. The most obvious are the new taillights. Some new optical groups, also with LED technology, which are physically united through a strip of light. This is key to enhancing the feeling of width. The rear bumper and tailgate are new.

The interior and technology of the new KIA Seltos 2023

Leaving aside the outside, if we go into the interior of the new Seltos we will quickly be enveloped by a more digital and connected environment. Technological changes are obvious. premiere a new digital instrument panel with 10.25-inch screen. An instrumentation that is combined with the “neuralgic center” of the passenger compartment, a 10.25-inch touch screen.

The screens are now housed in the same panel to create a sense of continuity. In this aspect, it follows the line marked by the company’s latest releases. The center console has also been redesigned and features a new module for air conditioning. Nor should we lose sight of the gear selector for the automatic gearbox.

The engines of the new KIA Seltos 2023

Regarding the mechanical section, there are no details. KIA has not confirmed the technical aspects of the mechanical section of the new Seltos, so it is necessary to wait to find out. It is important to remember that, during the development process, the possibility of incorporating a self-charging hybrid version (HEV). However, to this day it remains a mystery. Being a “facelift” we should not expect big surprises. Most of the mechanical offer of the current model will be transferred to the renewed Seltos.

When will it hit the market? We will have to wait a couple of weeks to know the rest of the details. KIA has confirmed that the new Seltos will be present in the imminent Busan Motor Show 2022. It is one of the novelties that the brand has prepared for this very important event. An event that will be held in South Korea and that will open its doors on July 15.

The new Seltos will initially go on sale in South Korea and will subsequently be introduced in all other markets where it is available. India and the United States, among others. Unfortunately, and for the moment, there are no plans for its commercialization in Europe.