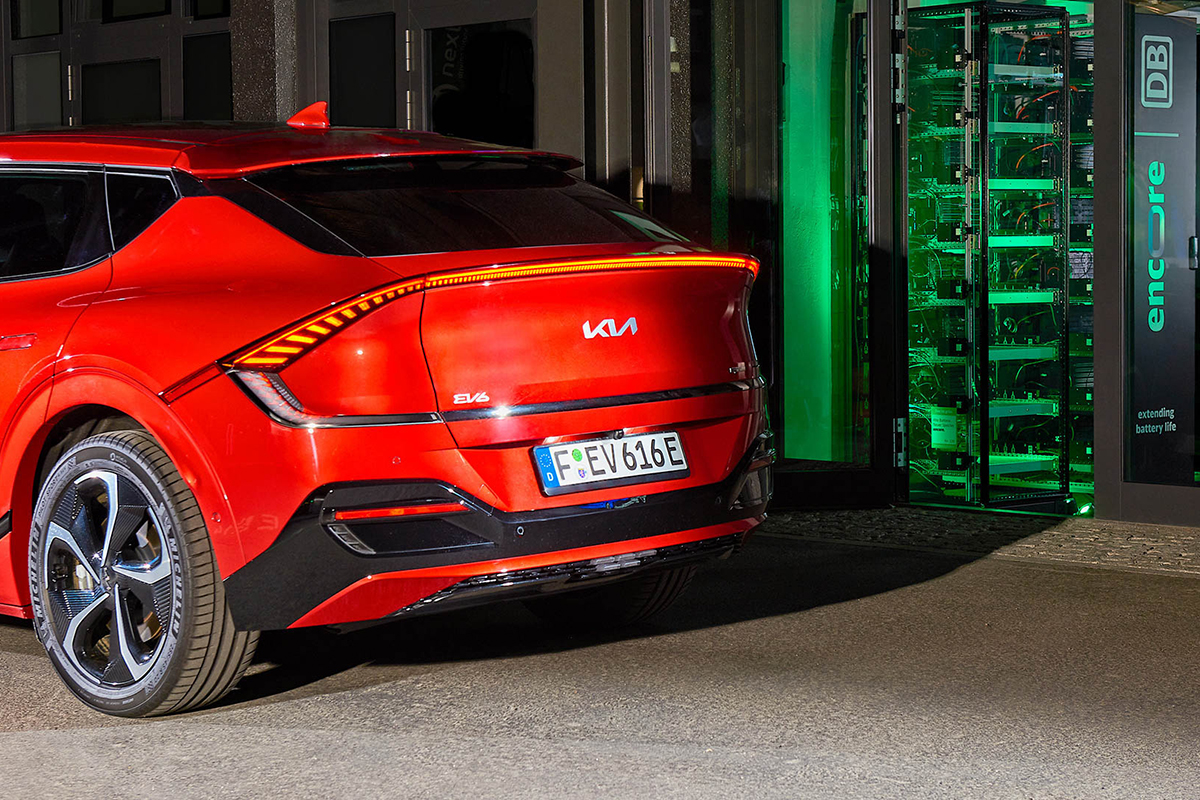 KIA has established a collaboration agreement with Encore to give a second life to the batteries of its electric cars. Both companies will create scalable energy storage systems based on used batteries from electric cars. The first installation created has a storage capacity of 72 kWh.

One of the challenges involved in the transition process to electric cars has to do directly with batteries. And it’s not about improving existing technology to get cheaper batteries with higher performance, which is something manufacturers are already working on, it’s about what to do with electric car batteries once their useful life has ended.

KIA has established an important strategic collaboration agreement with the aim of playing a leading role in the emerging market for the reuse of used batteries. The South Korean firm whose electric cars are a bestseller does not want to be left behind. For this purpose, KIA has partnered with Encorea Deutsche Bahn company.

What will KIA do with the used batteries of its electric cars? Create scalable energy storage systems. Battery packs that have outlived their usefulness for electric cars are dismantled down to the module level and undergo detailed diagnostic testing, with suitable modules that are later used in the creation of energy storage systems or recycled based on of its performance.

Recycling of robotic electric car batteries: this is the pioneering initiative in Europe

The Micro Smart Grid was established with the aim of reducing grid dependency through predictable energy flows and increasing the proportion of renewable energy use across the EUREF campus in Berlin, where this storage system is located. from KIA and Encore.