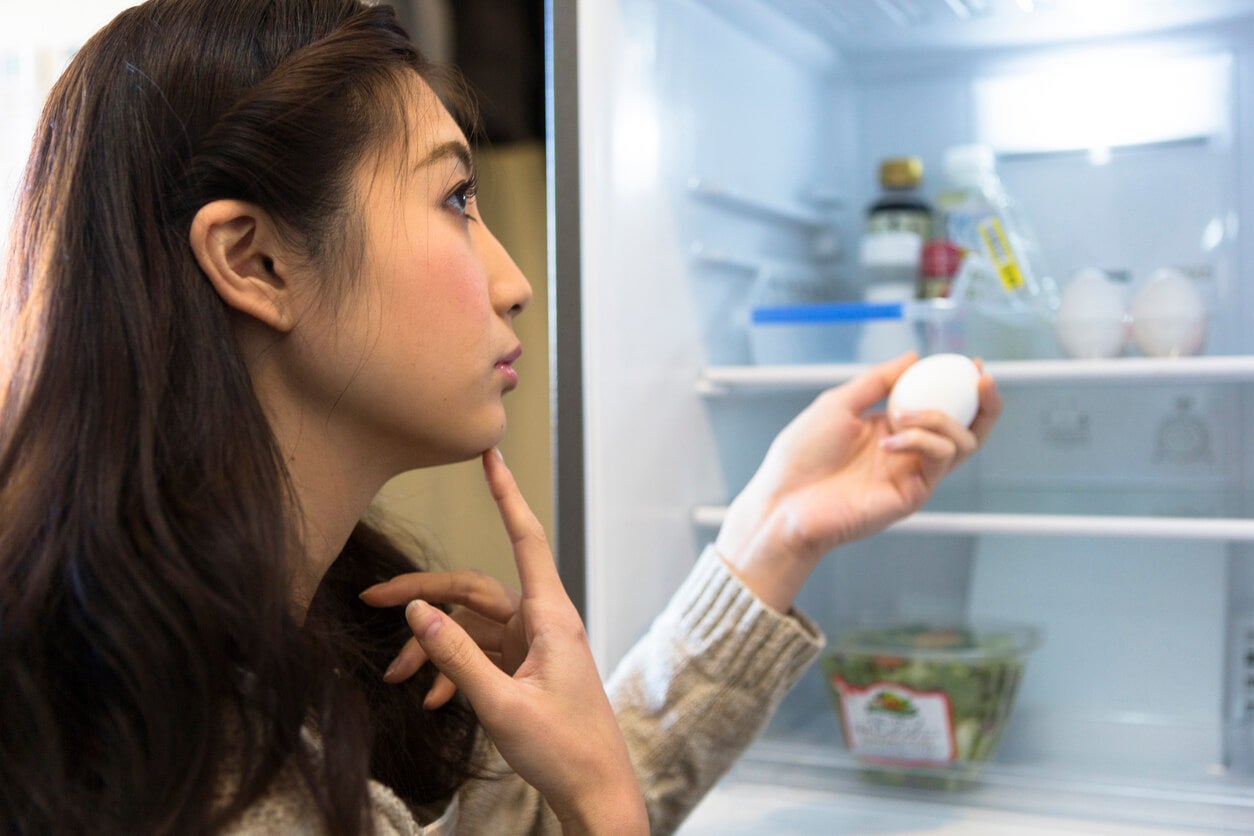 The egg is a food of high biological value. To take advantage of it properly, you have to take some conservation and cooking recommendations. We tell you.

The egg is a food of high biological value, because its proteins contain all the essential amino acids. It can be eaten in any way, since there are countless recipes that include it. Among the most used is boiling it in water for a few minutes, which results in a full shell with a white and firm yolks. Many wonder how to store a hard-boiled egg safely.

Depending on how cooked, eggs can carry diseases. That is why it is necessary to maintain certain safety and hygiene parameters when consuming them.

Index hide
1 The egg as a source of nutrients
2 What do the experts say about how to preserve a hard-boiled egg?
2.1 Cooking to prevent infection
2.2 Egg pasteurization
3 Preserve a whole egg optimally

The egg as a source of nutrients

100 grams of the edible part of the egg, which would be two medium eggs, they contain the following nutrients:

As you can see, it is a source of vitamins and minerals. The main egg protein is found in the white and it’s called ovalbumin. In fat, monounsaturated and polyunsaturated omega 3 stand out.

Egg yolk is also a source of lutein and zeaxanthin, responsible for its yellow-orange color. These are antioxidant and anti-inflammatory substances, with possible beneficial effects on the immune system.

What do the experts say about how to preserve a hard-boiled egg?

Most people keep hard-boiled eggs in the fridge. Although many also wonder if it is safe to do so.

The United States Food and Drug Administration The FDA says that hard-boiled eggs should be used one week after being cooked. Regardless of whether they are shelled or peeled. And as long as they are properly sanitized and packed. That is, covered and in a clean container.

It is recommended not to wash them in water so as not to remove a membrane that surrounds the shell, called cuticle. This almost invisible membrane protects the inside of the eggs from pathogenic invaders, such as bacteria.

You have to remove the dirt from the shell with a soft bristle brush and rub it carefully with a clean cloth. Now it is ready to cook and store in the refrigerator.

Hard-boiled eggs should never be left out of the refrigerator for more than an hour or two. or at temperatures above 32 degrees Celsius. If the eggs are prepared in another way, such as omelets, scrambled, or poached, they can be kept refrigerated for 3-4 days.

The Centers for Disease Control and Prevention (CDC) recommends keeping eggs at or below 4 degrees Celsius at all times. It is not advised to keep eggs or foods made with eggs at room temperature for more than 2 hours.

It is proposed to dispose of dirty and broken eggs. As well as buying the eggs in stores or from distributors that keep them in refrigerators.

Read:  THE TRAINING OF THE MAN OF STEEL

Regarding cooking, it must be done at temperatures above 71 degrees centigrade, which is when the yesalmonella go dead. You have to make sure that the internal temperature of the egg or midpoint reaches those degrees.

The Salmonella It is a bacterium that lives in the intestines of animals. and is released through the feces, producing a diarrheal disease known as salmonellosis. The sources of contamination are food, fecal matter and water.

To make and then preserve a hard-boiled egg, the optimum water temperature is close to 100 degrees Celsius and it should be left for 10 minutes. This way you get a correct cooking to kill pathogens and preserve some vitamins. In fact, to reheat the hard-boiled egg and serve it again, it must be done at 74 degrees Celsius for 5 minutes.

when you buy them, you need to make sure the eggs are pasteurized.Pasteurization refers to bringing a food to a temperature of about 80 degrees Celsius and then rapidly cooling it. By doing this, pathogenic microorganisms are killed.

If you are eating foods that may contain undercooked eggs, such as some types of sauces or desserts, ask if it was made with pasteurized eggs. Wash your hands, utensils and countertops that have been in contact with raw eggs. Avoid eating mixes that contain uncooked eggs.

The correct use of a purchased egg carton It has a time of three weeks from its acquisition. They must be kept in their original box and in the refrigerator.

In addition, the Institute of Egg Studies Discard eggs with strange odors, moldy shells, or an abnormal appearance. The egg white must be transparent, without stains, gelatinous and without foreign matter. The yolk should be visible against the light as a shadow.

According to the same institute, eggs should be consumed within the time stated on the label. When they are close to their expiration date, have weak shells or cracks, they should be cooked to temperatures that guarantee the elimination of pathogens. That is, at more than 75 degrees Celsius.

To break the egg, it should not be done on the edge of the container that is going to be used or that contains other foods. Occasionally, small blood spots appear inside the egg or some clouds in the clear This does not have to be a problem. They can be removed with a clean knife and used as normal.

If you want to keep the raw white and yolk separately, you can. Both in closed and clean containers, but for different times. Raw egg whites keep for up to 4 days. The yolks up to 2.

Cooked and dried yolks can be kept in a closed container for 4 or 5 days.

So, to keep a hard-boiled egg in the fridge, it is necessary to clean it with a kitchen cloth, cook it at more than 71 degrees centigrade for 10 minutes and keep it for a maximum of 1 week in the refrigerator. This way you take better advantage of its nutritional values.

Mattel launches a deaf Barbie and a Ken with vitiligo

Will Apple Watch supply cardiologists? can do electrocardiograms

The foldable iPhone is closer (and would have this screen design)