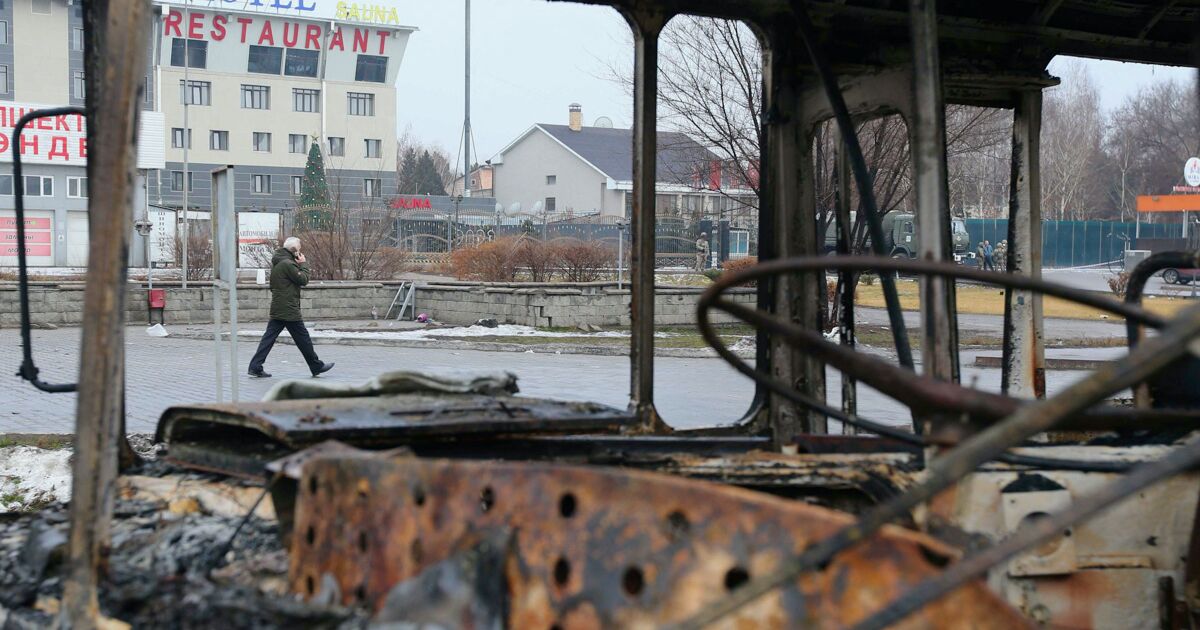 Tokayev assured that the Kazakh forces “have never used and will never use military force against peaceful protesters.”

A return to normality

Life was slowly returning to normal in Almaty, the largest city and economic capital of the Central Asian country, where the riots were the most serious.

The authorities partially restored the Internet connection, but the burned facades of public buildings and charred vehicles continued to bear witness to the violence of the clashes.

The number of victims of the riots, the worst in the former Soviet republic since its independence in 1991, is still unknown.

Tokayev said the number of civilian casualties was “being verified” and spoke of 16 dead and more than 1,600 wounded among the security forces. However, the total number of deaths is counted by dozens, according to local authorities.

“The economic damage for the State could be from two to three billion dollars,” said the president.

On Tuesday, the Kazakh president will have to present to Parliament the composition of the new government, as the previous one was removed last week, in an attempt to quell the protests.

A day of mourning was observed in Kazakhstan on Monday.

Mass arrests continued with nearly 8,000 people arrested across the country, according to figures from the Interior Ministry.

In addition to rising prices, the protesters’ anger was also directed at the country’s endemic corruption and at 81-year-old former President Nursultan Nazarbayev, who ruled the country unopposed from 1989 to 2019, before handing over the reins of power to a loyalist, Kassym Jomart Tokayev.

Read:  Stephen Wilhite, creator of the GIF, has passed away

“Be sure that aviation is working on the Category 1 issue”: Canaero