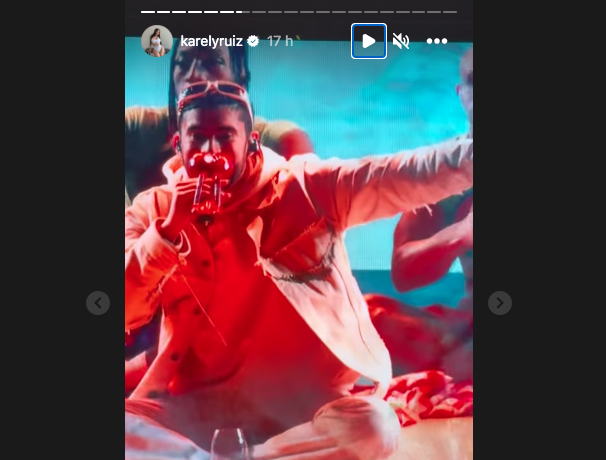 At his recent concert in Monterrey, Bad Bunny had as an assistant Karely Ruiz, the creator of OnlyFans who, through her social networks, announced that she suffered “mistreatment” in the middle of the event.

2022 was the year in which the concert industry began to reactivate after two years in which, due to the health emergency, all massive events were cancelled, including conferences, work and friendship meetings, etc.

Mexico, being a highly active country in terms of holding concerts, was one of the hardest hit by the pandemic, since, according to what the Survey Music Mexico impact COVID-19Between March and June 2020, losses of up to 500 million pesos were recorded.

Today, the situation with the Covid-19 has remained much more stable and, in fact, 2022 has been considered the beginning of the end of the pandemic, thanks to the fact that various industries managed to reactivate in their entirety or almost in their entirety. whole.

In this sense, Mexico is one of the countries that has been most active with the number of concerts that, since last March, began to be held in various parts of the country.

In fact, information published by LiveNation reveals that, until March of this year, more than 70 million concert tickets had been solda figure that is equivalent to 36 percent more compared to the same period in 2019.

At the beginning of 2022, among the wide range of musical events that were announced, one of the most requested was Bad Bunny, the Puerto Rican who arrives this year with his World’s Hottest Tour in Mexico City with two dates -already sold out- in the Aztec Stadium.

Now, the wait to see the Puerto Rican is over and next weekend his tour will arrive at the emblematic Azteca Stadium; However, a few days ago he stepped foot in the city of Monterrey, where he had a viral assistant.

And it is that, through her social networks, Karely Ruiz announced that she attended the Bad Bunny concert; However, according to what she posted on Instagram, her experience was not the best. In her “stories”, the content creator stated that she suffered “mistreatment”as he assures that many people “pushed her on purpose”.

Currently, the image of Karely Ruiz is one of the most striking among the digital community, a popularity that has gained due to its content on OnlyFans.