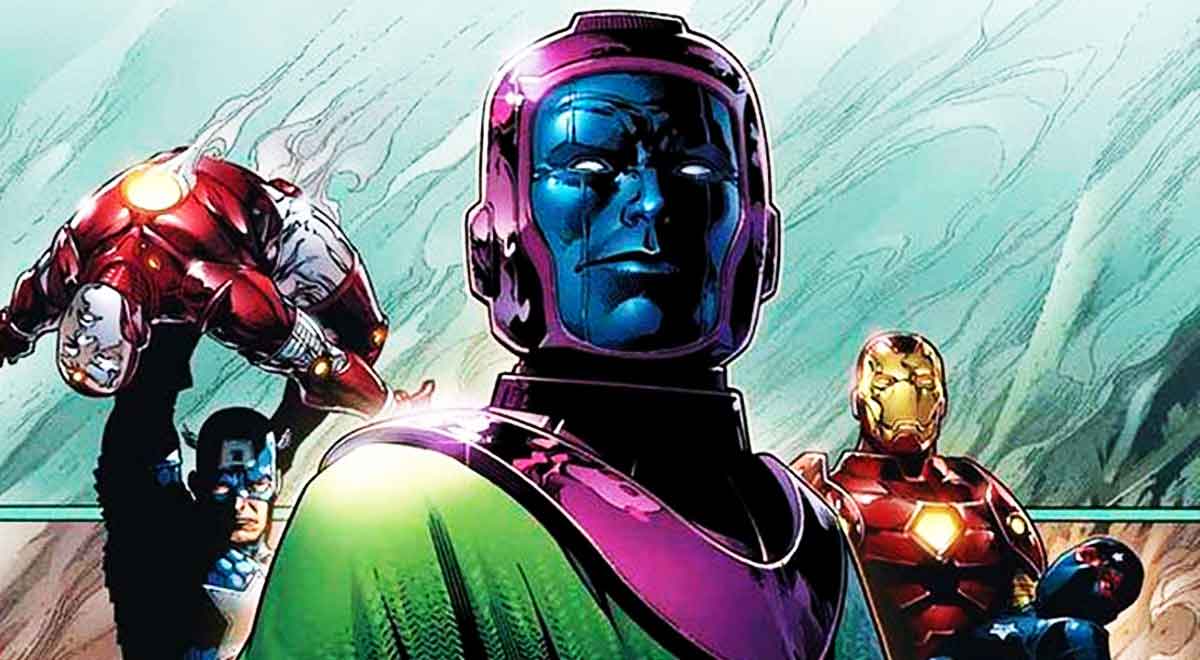 Facebook
Twitter
Pinterest
WhatsApp
Index hide
1 Kang the conqueror is called to be the great villain of the MCU, and in Loki we have known that it is only a variant, but it is not the most dangerous of all
1.1 Nathaniel Richards is actually a descendant of Reed Richards
1.2 What makes it so dangerous?

Kang the conqueror is called to be the great villain of the MCU, and in Loki we have known that it is only a variant, but it is not the most dangerous of all

Throughout his years fighting the Fantastic Four and the Avengers, Rama-Tut, the first variant of Kang the Conqueror, stands out as the most dangerous.

The next great villain of the Marvel Cinematic Universe, Kang the Conqueror, started out as Nathaniel Richards, a young man destined to become one of the deadliest characters in Marvel history. Richards became an ambitious conqueror after traveling back in time to 2960 BC. C., where he used the technology of the future to take over Ancient Egypt. He ruled the land as Pharaoh Rama-Tut, establishing a firm base of power before taking on the time-traveling heroes of the Marvel Universe, including the Avengers, Doctor Strange, and the Fantastic Four. Existing before evolving into Kang and Immortus, this version of the character is deceptively more dangerous, due to his inexperience and tendency to alter the future without considering the consequences.

As the first incarnation of Kang introduced to the Marvel Universe, Rama-Tut first debuted in Stan Lee and Jack Kirby’s 1963 Fantastic Four No. 19. The character was originally a 30th century historian, bored with living in a peaceful society, he used time travel technology to travel back in time and conquer Ancient Egypt. Armed with the knowledge of the future, it was later learned that Rama-Tut’s goal was to find En Sabah Nur, the young mutant who would one day become Apocalypse, and raise him as his heir.

Nathaniel Richards is actually a descendant of Reed Richards

Rama-Tut was later revealed to be Nathaniel Richards, a descendant of Reed Richards. At this stage in his life, Rama-Tut had not yet become Kang the Conqueror or Immortus. Instead, he simply focused on his kingdom, one that he had conquered with technology that literally exhausted the willpower of the people of Egypt. But Rama-Tut’s time as the pharaoh of the future had dire consequences for the rest of the world.

His quest to find the young En Sabah Nur was thwarted from the start, as his most trusted scientist, Logos, had hidden En Sabah Nur among the slaves of Rama-Tut, thwarting a key aspect of Rama’s plans. Tut right under their noses. When Rama-Tut discovered this, he killed Logos and then made an offer to En Sabah Nur to be his heir. Enraged by what the pharaoh had done to his protector, En Sabah Nur rejected his proposal and unlocked his powers, becoming Apocalypse and forcing Rama-Tut to flee while the enraged mutant decimated his army.

What makes it so dangerous?

What makes Rama-Tut so dangerous compared to his variants is that Kang developed a taste for battle and conquest that engulfed entire galaxies, but when he took the title of Conqueror, he was an experienced warrior who knew exactly what he was doing. doing regarding how their actions would affect the time stream. Similarly, Immortus, weary from battle, is older than Rama-Tut and Kang and has an even greater understanding of time travel as a result. While Rama-Tut shares those ambitions, he doesn’t have any of these highly refined qualities from his variants.

His desire to go to the past armed with the knowledge and weaponry of the future was the result of an almost childish obsession. He loved the ancient culture of Egypt, so he subjugated it for himself. Rama-Tut tried to operate with a plan, but failed. His goal of having En Sabah Nur as his heir resulted in the origin of one of the most dangerous mutants in the history of the Marvel Universe, one who would develop a hatred for humanity in part due to the cruelty of Rama-Tut.

Rama-Tut is a time traveler who does not really consider the consequences of his actions. And it is the rest of the world that suffered those consequences while he was simply fleeing the period of time that he contaminated with his touch.

The question is, will we get to know more variants of Kang in the UCM? The first season of Loki is now available on Disney +

Paramount indefinitely delays the premiere of ‘Clifford the Big Red Dog’ in the US.

Scarlett Johansson has opened the ban: Gerard Butler sues the producer of ‘Target: The White House’ for $ 10 million

Carnage will be shocking in Venom: There will be carnage

Preservatives in food: myths and truths