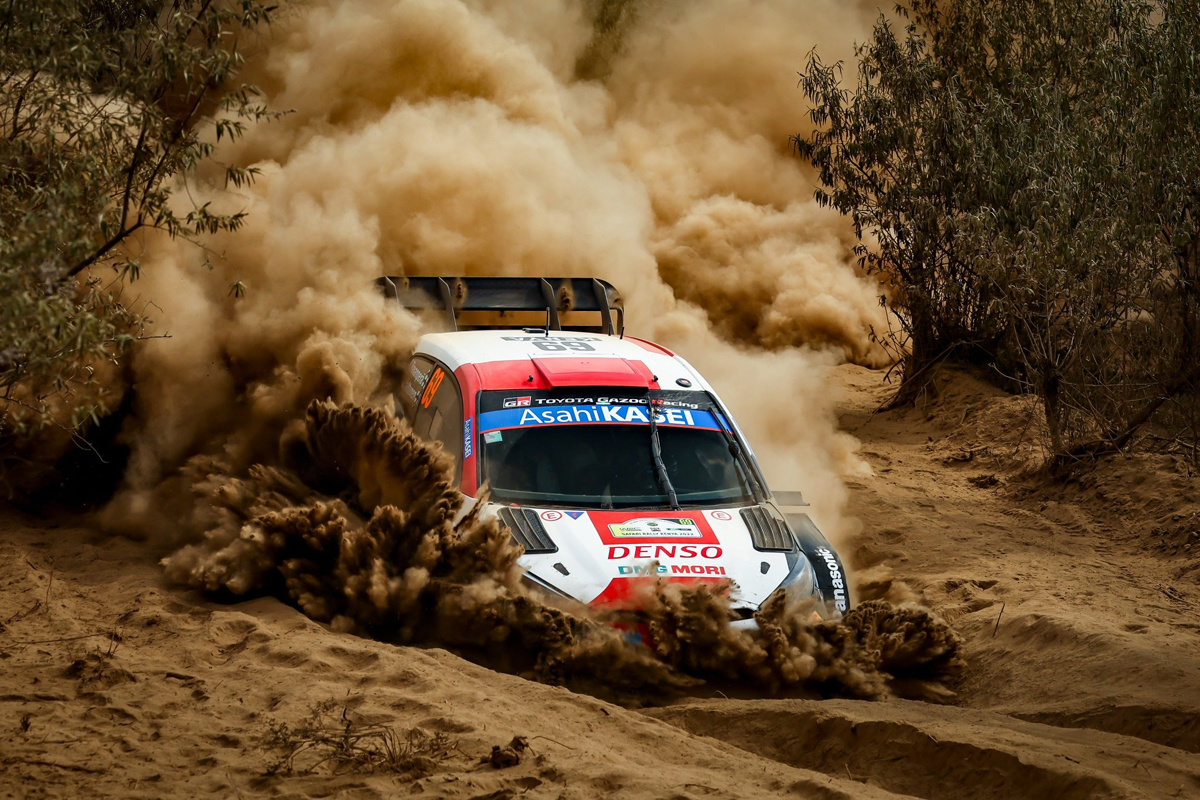 The Safari Rally made it clear during its first stage that the ‘Rally1’ were going to suffer in their sections and the start of the second day has been the perfect confirmation. Not for Kalle Rovanperä who has dodged any problem to stay in the leadNor for Elfyn Evans in her quest to catch up with her teammate. He has suffered in his flesh Hyundai, but especially M-Sport. The Cumbrian coach goes from mishap to mishap in a rally that he is being to forget. Kajetan Kajetanowicz remains the leader in WRC2.

The four Ford Puma Rally1 started the day by opening the track by the succession of incidents and mishaps experienced on Friday. And even this disadvantage was not the biggest problem for M-Sport. SS8 had hardly started when Adrien Fourmaux suffered a puncture and subsequent suspension problem. Craig Breeen ran into the Frenchman on the stage, losing valuable time. With everything, almost anecdotal event before the overturn of Gus Greensmith. The Briton managed to finish the stage with the prior support of the fans to return the car to his natural position.

Oblivious to these problems, Elfyn Evans started his offense with a scratch in SS8, shaving nearly six seconds off Kalle Rovanperä as they battle for the lead on the sixth WRC rally. Although the fastest time on the next stage went to Thierry Neuville, the Welsh driver managed to shave an additional 1.1 seconds off Rovanperä before the ‘Sleeping Warrior’ contest, the longest stage of the rally. The SS9, beyond this point, left the definitive abandonment of Gus Greensmith after starting the special without a windshield and with the car quite damaged.

The last section of the loop offered a new Neuville scratchalthough the great winner of the special was Kalle Rovanperä. The Finn managed to endorse Elfyn Evans by 4.4 seconds in the 31.04km ‘Sleeping Warrior’, hitting back at the Welshman earlier and closing the loop with a lead very close to the one that started it. It also served to see new mechanical problems in Ott Tänak’s car. The Estonian stopped several times to check his engine, which made him lose a lot of time.

With the halfway point of the rally over, Kalle Rovanperä has a lead of 19.4 seconds over Elfyn Evans. The Japanese Takamoto Katsuta has inherited the third position after the mechanical problems of Ott Tänak, while Thierry Neuville is already fourth. Despite the puncture suffered by the Belgian in the opening stage, the Hyundai driver is 47.3 seconds behind the leader and just over 7.4 seconds off the podium. Sébastien Ogier and Oliver Solberg are fifth and sixthwith Ott Tänak occupying seventh place after his breakdown on SS10.

Read:  Hungarian GP - Honda detects failures in the Verstappen engine, which will race with a new unit

The Polish Kajetan Kajetanowicz is the only driver in the WRC2 category present in the ‘top 10’, which shows the enormous advantage it has over its rivals. In fact, Sean Johnston is 5 minutes and 51 seconds behind the three-time European Rally Champion. For his part, the local hero Amanraaj Rai closes the provisional podium of the silver class. For his part, Maxine Wahome is at the helm of WRC3 with his Ford Fiesta Rally3, although it is true that the category is not having any crumbs.

Qualifying after SS10 of the 69th Kenya Safari Rally

The Kenya Safari Rally continues this Saturday (13:07h) with the dispute of the three final sections of the second stage of the test. Pilots and co-pilots face each other 75.44 kilometers against the clock.