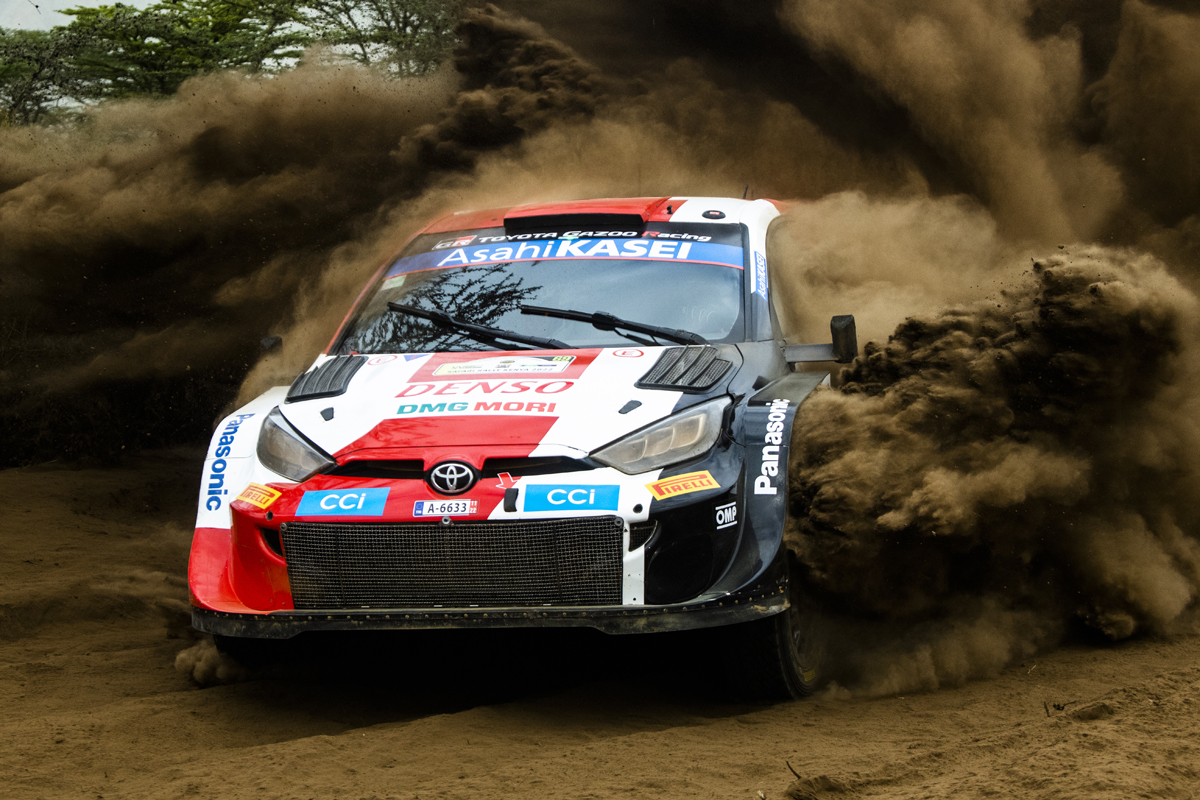 Kalle Rovanperä has added his fourth victory of the season in the Safari Rally. The Toyota driver has some championship figures, with four victories in six rallies contested with the Toyota GR Yaris Rally1 this season. As if this wasn’t enough, the Finn has extended his championship lead at every round since first taking the lead in Sweden and he even came out stronger from the Rally of Italy-Sardinia, the only race he has not won since then and in which he finished in fifth place. Rovanperä smells like a champion!

In the case of the Safari Rally, Kalle Rovanperä achieved an uncontested victory. With a much higher pace than that shown by his rivals and with the luck of the champion when it comes to avoiding any type of problem with great success, Rovanperä had no rival. The push of his three teammates allowed Toyota to close the rally with a 1-2-3-4, but at no time was Rovanperä’s place in jeopardy. With the 25 points of his victory, Kalle Rovanperä now has 145 units and is 65 points ahead of Thierry Neuville.

While Rovanperä’s position at the top of the WRC seems incontestable, the fight for the runner-up begins to have new ‘actors’. Hyundai’s complications in the Safari Rally have meant that Thierry Neuville has barely scored 15 points and Ott Tänak has left Kenya empty. This circumstance, together with Takamoto Katsuta’s podium, has allowed the Japanese to equal Tänak’s 62 points to place fourth overall. For its part, Craig Breen has 60 points to Elfyn Evans’ 57 after finishing second in Kenya.

Read:  Valentino Rossi wants to discover the 24 Hours of Le Mans this year

Behind Elfyn Evans’s back there is a gap, not least because his pursuers are already drivers who don’t compete full-time, with the exception of Gus Greensmith. Even so, Sébastien Loeb was at the Safari Rally and after finishing eighth he adds 35 points in the general championship. Sébastien Ogier is 34 after finishing fourth, so the duel between the two great stars of the WRC in the 21st century is even. Dani Sordo also has 34 points, even without being present in Kenya.

The insulting superiority of Toyota Gazoo Racing in the Safari Rally has reinforced the position of the Japanese firm at the head of the championship. Toyota commands the constructors’ standings with 246 pointswhile Hyundai remains at 184 units. Forty points behind the South Korean firm is M-Sportwhile Takamoto Katsuta with 68 points continues to demonstrate his good work when it comes to reaping results that also allow Toyota’s ‘B’ team to stand out.