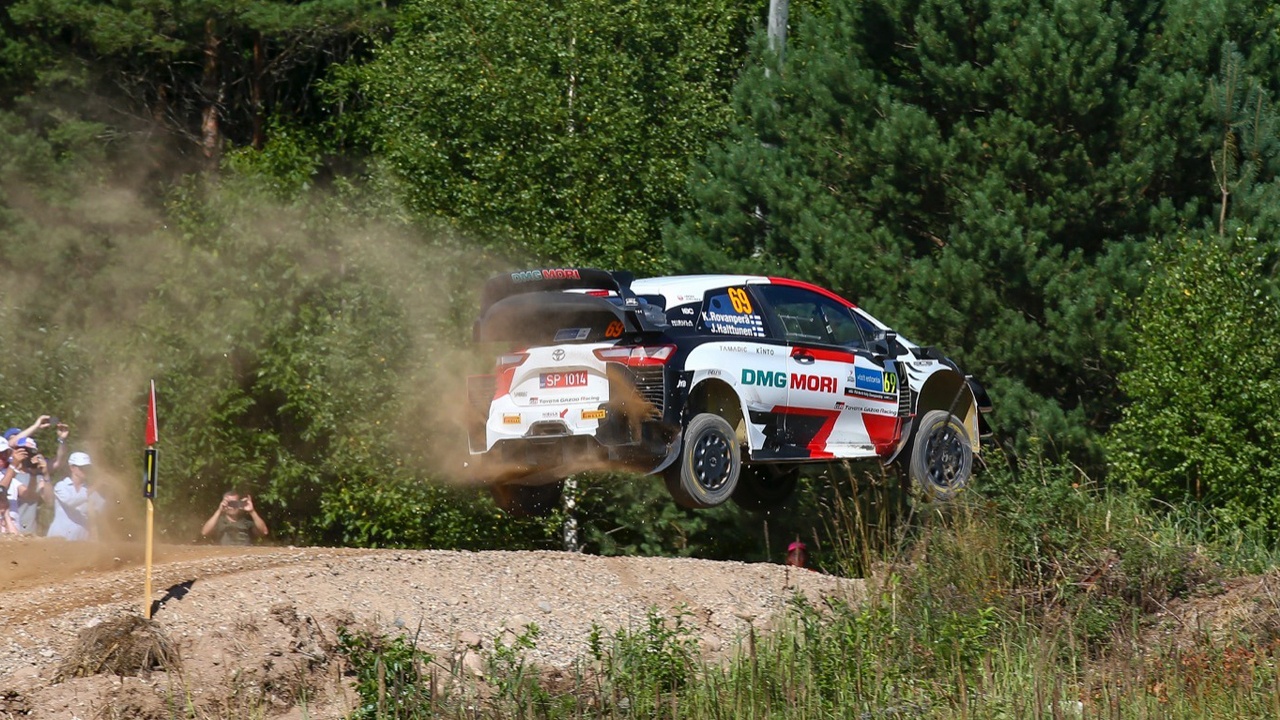 Facebook
Twitter
Pinterest
WhatsApp
He started his second season as a Toyota official driver brilliantly. Fourth in the Monte Carlo Rally and second in the Arctic Rally, improving on the podium he achieved in 2020 in Sweden, the WRC winter event. Kalle Rovanperä had only the goal of achieving his first win ahead of him, but he lost his way. Croatia, Portugal and Italy were a blur within the trajectory of the young Finnish pilot. A negative episode that matters little, since Kalle Ronvaperä claimed his first WRC victory after winning brilliantly at Rally Estonia ahead of Craig Breen and Thierry Neuville.

With just 52 kilometers against the clock spread over six sections, Rovanperä was Rovanperä’s only enemy. The Finnish driver started the day 50 seconds ahead of Craig Breen and only a mechanical problem in his Toyota or a driving error could prevent him from getting his first WRC victory and becoming the youngest winner of a championship rally. . Neither one thing nor the other happened within the stage in which Ott Tänak and Thierry shared the best times in the first four stages, with a favorable balance for the local rider by achieving three scratch marks.

Thus the SS23 was reached with almost everything decided, waiting for a possible movement by Hyundai in the key of the championship. The option to ‘place’ Thierry Neuville in second position if Craig Breen lifted his foot was real, but a 10-second penalty to the Belgian driver ruined this plan. With a really narrow margin, the penalty for arriving one minute late at the SS23 time control it left Hyundai with no room for maneuver. Very angered by this fact, Thierry Neuville had to settle for jumping on the Power Stage in search of the extra points that he had not been able to win with this exchange of positions.

Regarding the rest of the categories, Andreas Mikkelsen has achieved an important victory in WRC2 after managing the advantage in the last stage. With this triumph over Mads Ostberg, the Norwegian rider takes another step towards the World Championship silver title. For his part, Marquito Bulacia has completed the podium of the second class of the championship. In WRC3, victory of many carats of Alexey Luyanuk from the eighth absolute position. Kajetan Kajetanowicz and Mikko Heikkilä completed the podium, leaving Pepe López in fourth position. By last, worked Sami Pajari win in the Junior WRC.

Let your little ones cook with you!