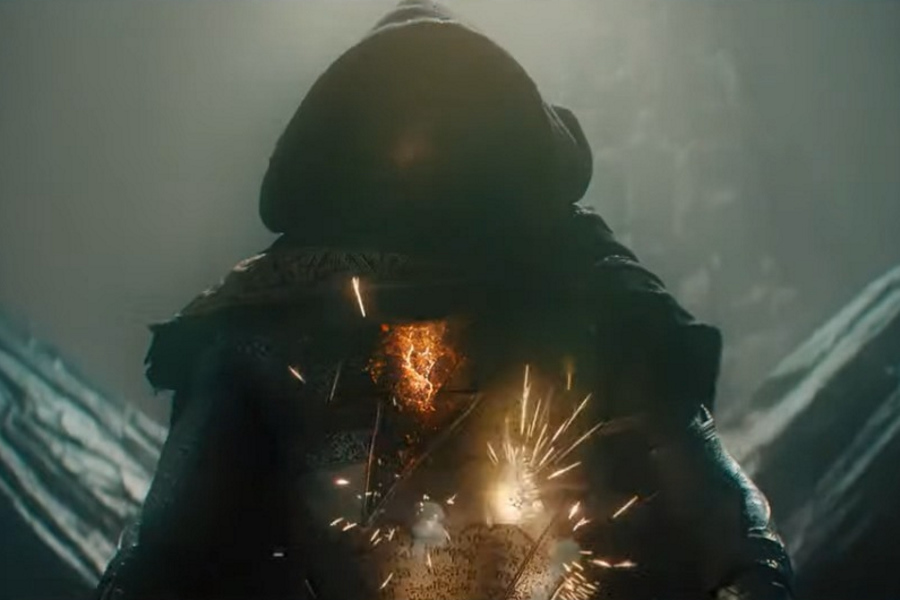 Facebook
Twitter
Pinterest
WhatsApp
Index hide
1 A powerful force arrives in the DC Universe, which will never be the same again. As part of the DC FanDome 2021, discover the first trailer for Black Adam, starring The Rock
2 Learn more about the history of Black Adam
3 The Dark Multiverse Stories, unmissable stories that come to SMASH and DC Comics Mexico
4 Also being read:

A powerful force arrives in the DC Universe, which will never be the same again. As part of the DC FanDome 2021, discover the first trailer for Black Adam, starring The Rock

Power can corrupt, and extraordinary power can turn a leader into a fearsome villain like Black Adam, who will be portrayed by The Rock in his solo film, which already has its first trailer.

You can also read: The Rock explains the differences between the powers of Black Adam and Superman

As part of the DC FanDome 2021, Warner Bros. Pictures and DC Comics have shared the first official trailer for Black Adam, a film starring Dwayne Johnson The Rock, who is also the producer of this film that links to the DCEU.

Teth Adam, the slave who freed his people does not only come to the big screen, since with him also debuts the Justice Society of America, one of the most important teams in DC Comics, who laid the foundations for the creation of other groups , such as The Justice League.

In the comics Black Adam debuted on the pages of Marvel Family # 1 (December, 1945), and over the years this villain has gained a relevant role in both the defunct Fawcett Comics and today in DC.

Learn more about the history of Black Adam

When Teth Adam utters the word Shazam, he became a powerful being who engineered a coup to free Kahndaq’s slaves.

But the demon Blaze corrupted the slave who freed his people. Faced with this, Black Adam was locked in a jewel, from which thousands of years later he will be released.

Read:  Is 'the Rock' approaching the orbit of Marvel Studios?

The cast of Black Adam is made up of Dwayne Johnson ‘The Rock’ as Black Adam, Pierce Brosnan as Kent Nelson / Doctor Fate, Noah Centineo as Atom Smasher, Aldis Hodge will be Hawkman, Sarah Shahi will take the role of Isis and Quintessa Swindell has been cast as Maxine Hunkell, heroine Cyclone’s alter ego.

Jaume Collet-Serra will be the director of Black Adam, in a production by Hiram Garcia, which will hit theaters on July 29, 2022.

Do not miss: Video: This is how the daughter of ‘The Rock’ reacted to the teaser of Black Adam

The most memorable moments in DC’s great history… reimagined for a dark new world!

The Dark Multiverse … where everything you fear, every dire possibility, lives in its own reality. Here, the crucial events that shaped the DC Universe happened differently, more sinister, and followed twisted and darker paths.

Tempus Fuginaut witnessed all of this, an immortal being who stands guard at the barrier between universes … these evocative and chilling tales reveal the final destinations of untraveled roads … and the cursed fate of those who chose to follow them.

SMASH and DC Comics Mexico bring you Histories of the Dark Multiverse. This collector’s volume compiles the five One Shots along with their acclaimed precursor volumes that you cannot miss.

Dwayne ‘The Rock’ Johnson is the highest paid in Hollywood

Dwayne Johnson reveals he suffered from depression in his youth

The secret of calories from The Rock

`The Rock´ prevented his mother from committing suicide