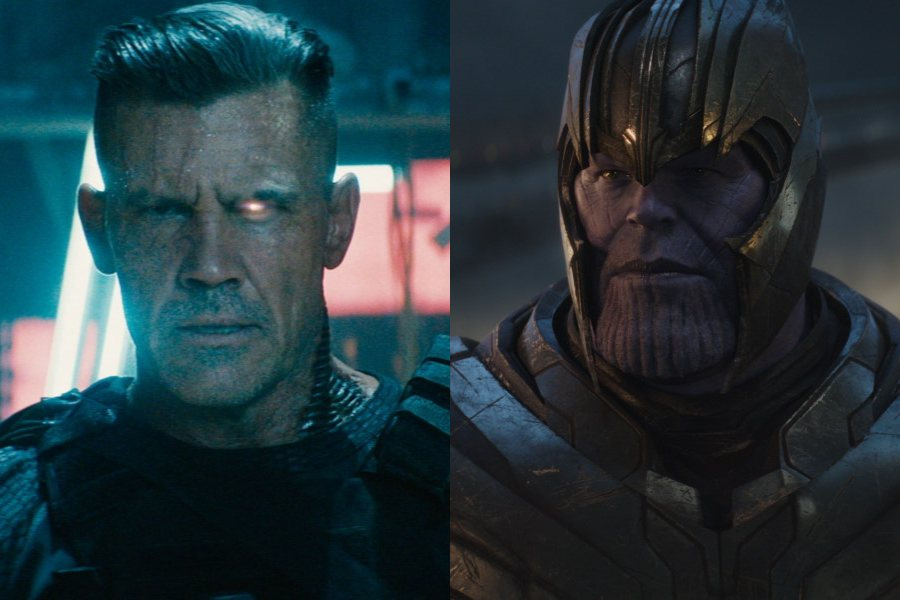 Index hide
1 The information regarding the characters that will appear in Doctor Strange in the Multiverse of Madness does not stop and everything indicates that Josh Brolin would return as Thanos and also as Cable
2 Josh Brolin’s challenge as Thanos
3 Relive the excitement of The Infinity Gauntlet in SMASH and Marvel Comics Mexico
4 Also being read:

Doctor Strange in the Multiverse of Madness has become a great possibility for the return of various characters from both the Marvel Cinematic Universe, as well as other film sagas from The House of Ideas, where actors like Josh Brolin have participated as Thanos and Cable.

Don’t Miss: Did You Notice a Loki Easter Egg in the Doctor Strange 2 Trailer?

The twitter insider My Time to Shine announced in his account that Josh Brolin will return to Doctor Strange in the Multiverse of Madness, where he will play Thanos again, but also as Cable, the time traveler he played in Deadpool 2

In October 2020, Brolin revealed that despite the great work he did with Thanos for films like Guardians of the Galaxy, Avengers: Infinity War and Avengers: Endgame, playing Cable was more difficult for the actor.

“(Playing Cable in) Deadpool was difficult… Although it was fun, it was more difficult. That was more of a business transaction, it was more of, ‘We need to do this like this,’ whereas I didn’t feel that way about Avengers.”

Brolin mentioned that as Thanos he was excited to face all the heroes of the Marvel Cinematic Universe and not just one or two heroes.

“When they offered me the part (of Thanos) they gave me a bible, and I loved that I had to face all of them. If it was just against an Avenger (and I probably shouldn’t say this but I’m going to say it anyway) I wouldn’t have done it. The fact that it was all the Avengers against one guy, I liked it.”.

Read:  Tom Cruise Won't Appear in 'Doctor Strange in the Multiverse of Madness'

While for Jim Starlin, creator of Thanos, Josh Brolin was the ideal choice to bring the villain to the big screen.

“He captured the movement and the cadence of the language, all so beautifully that it had so much weight in the character… I have no fault in the world about him, (Brolin) is fantastic in terms of his performance”.

After the events of Avengers: Endgame, Dr. Stephen Strange continues his investigation of the Time Stone. But an old friend turned enemy puts a stop to his plans, causing Strange to unleash unspeakable evil..

Directed by Sam Raimi, Doctor Strange in the Multiverse of Madness will star Benedict Cumberbatch as Stephen Strange, Elizabeth Olsen as Wanda Maximoff/Scarlet Witch, Benedict Wong as Wong, and Chiwetel Ejiofor as Mordo, the villain of the plot.

Doctor Strange in the Multiverse of Madness will hit the big screen on May 5, 2022.

It may interest you: Cable or Thanos? Josh Brolin reveals which character was the hardest to play

The gods are in his clutches, Mephisto is his lackey, Only Death resists the power of Thanos! The cosmic forces of the universe – Space and Time, Love and Hate, Order and Chaos – rise up against Thanos, but with the universe cut in half, the Mad Titan may yet prove victorious. An almost forgotten hero from another age is the key to defeating Thanos’ power and making it his own!

SMASH and Marvel Comics Mexico brings you Marvel Deluxe: The Infinity Gauntlet, the story conceived by Jim Starlin, George Pérez and Ron Lim, which brings you the complete saga and extra materials that you won’t be able to see anywhere else.