Home Update Biden: Ukraine will be the focus of his first State of the... 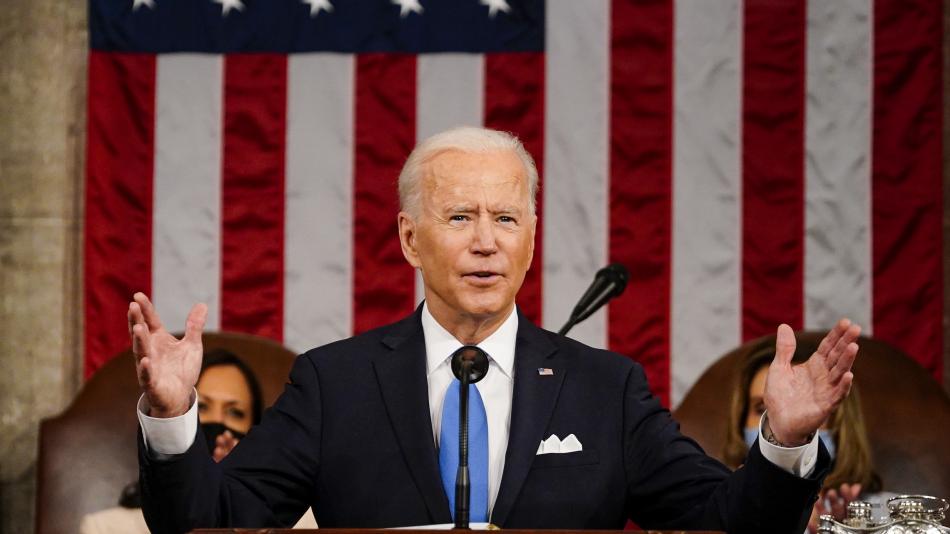 Although Joe Biden will touch on many topics, there is no doubt that the Russian invasion of Ukraine will dominate his State of the Union address tonight the first that he pronounces as president before a joint session of Congress and that is already seen as one of the most important in recent history.

Although these types of speeches tend to focus on the domestic agenda since they offer the president a unique opportunity to address the Americans, the serious world crisis that President Vladimir Putin unleashed by launching a brutal offensive against the former Soviet republic ended up prevailing as a narrative central part of the address, which will be broadcast at 9 pm and which usually takes at least an hour.

“There is no doubt that this speech is different from what we had planned a few weeks ago,” Jen Psaki, the White House spokeswoman, said Monday when asked about the focus of her speech.

According to Senator Dick Durbin, one of Biden’s closest friends, although the president will also try to present a vision of the country focused on the issues of greatest concern, such as inflation and the coronavirus, the crisis in Ukraine will undoubtedly overshadow any other aspects of your internal agenda.

“It is that we are facing a life or death situation,” said the senator after highlighting that For the first time since the Cold War years, talk has begun of the possibility of a nuclear conflict.

There is already much destruction in the Ukrainian capital. Its inhabitants fear the worst.

The central axis of his speech is one that Biden has been insisting on since he arrived at the White House: the almost existential battle that democracy is waging against the autocrats of the world. Which, in this case, has materialized in the first war on European territory since the Second World War.

I spoke today with Allies and partners to discuss Russia’s unprovoked war on Ukraine. We are continuing our support for the Ukrainian people as they defend their country and affirmed our readiness to keep imposing severe costs on Russia if they do not de-escalate. pic.twitter.com/mpQKYOvmUj

“He will talk about the steps we have taken not only to support the Ukrainian people with military aid and economic assistance, but also his effort to build a global coalition that has imposed devastating financial sanctions against Putin, his inner circle and the Russian economy,” Psaki continued.

Although economic sanctions as a tool to punish regimes in the world are not new, those promoted by Biden together with Europe and other countries are unprecedented.

The president will also focus on the need to strengthen NATO as the only body capable of dissuading Moscow from advancing towards the eastern border of the Old Continent, but reiterating that, for the time being, the US does not have the slightest intention of sending troops to Ukraine.

It will highlight, yes, that its administration has already authorized more than $500 million in military and humanitarian assistance to Ukraine and will ask Congress to approve an emergency supplement for more than USD $5,000 million for this conflict as soon as possible.

Biden’s speech comes at a time when his presidency has been undermined by missteps – such as the abrupt exit from Afghanistan – and furious Republican opposition in Congress, which has held him back from much of his agenda.

prior to this week, his popularity hovered around a pyrrhic 42 percent. And while the divisions in the country remain very sharp, the Russian invasion has unified – at least on this issue – both Democrats and Republicans.

Except for the case of former President Donald Trump and some of his supporters, who have tried to exploit the crisis for political purposes.. Trump, in fact, highlighted Putin’s “cunning and genius” in annexing an entire country in exchange for “a few pesos in economic sanctions.”

Read:  What to do if the Windows Desktop icons have disappeared

But those words have received little echo – rather criticism – and both parties are expected to stand up and applaud the president when he refers to Ukraine in his speech.

Economy will also be central

Another topic that will be paramount in his speech, and that is related to Ukraine, is that of inflation. In the last 12 months, the price increase in the US has reached 7.5 percent figures not seen in more than four decades. Something that has undoubtedly affected the image of the president because nothing weighs more than the state of the wallet.

And the war in Ukraine will probably trigger it more because it affects the price of fuel, which was already through the roof, and the production chains that were coming to a half-speed as a result of the pandemic. In addition to the collateral effects that the new sanctions will bring to the world economy.

At that point, advisers say, the president will try two things: First, to sell the idea that the fight for Ukraine is a worthwhile one even if it requires sacrifices. And the second, list all the things that his administration has been doing to control inflation and mitigate the local impact of the sanctions.

Among them, he will announce a plan with four pillars to reactivate production chains, generate more employment, and control oil prices, as well as his strategy to reform the country’s infrastructure, which Congress approved at the end of last year.

And, of course, the indicators that point to the recovery of the post-Covid economy and the low rates of job vacancy.

Turn the page on the pandemic

Despite the Ukrainian tone of the speech, Biden will also focus on other issues on the agenda, such as the fight against Covid-19. And at this point it is expected that the tone will change towards one in which the pandemic, at least for now, is already in the rearview mirror and a world without so many restrictions is coming.

And in that he is greatly helped by the new guidelines that the Center for Disease Control (CDC) has just published, which eliminates the need to wear face masks in closed spaces, including schools, in areas of the country where the threat of Covid has diminished.

Biden will also introduce a new strategy that focuses on mitigating the virus while restoring some sense of normalcy thanks to vaccines and other treatments that have been developed to contain the deadly disease.

Another of the most relevant aspects of his speech will revolve around the recent nomination of Ketanji Brown Jackson to the Supreme Court of Justice. If confirmed, Brown Jackson would be the first woman of color to occupy a seat on the high court with which Biden also fulfills one of his campaign promises.

Something that he urgently needs because his low popularity ratings are largely a reflection of the dissatisfaction that exists in the base of the Democratic party due to the lack of achievements in the liberal agenda.

To a large extent, the State of the Union Address is seen as an opportunity for Biden that allows him to refocus his mandate just when the country is in the final stretch of the legislative elections and on which control of Congress depends for the next two years. 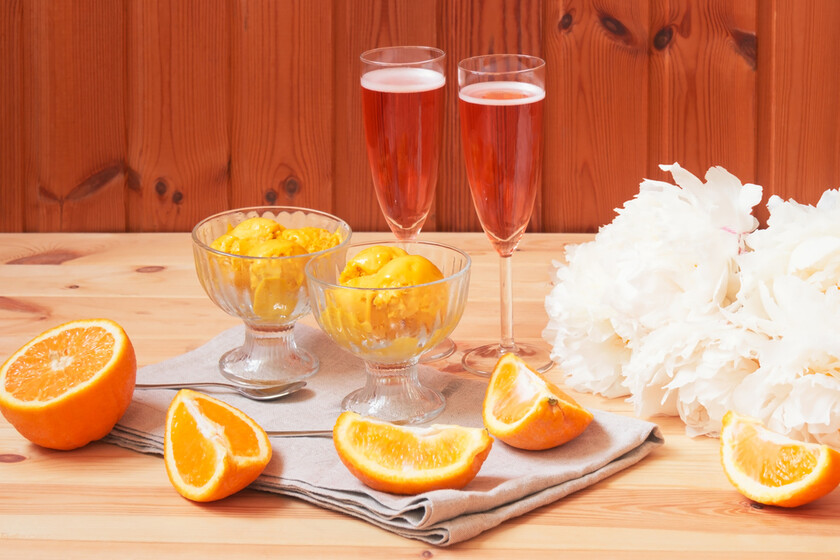 How to make the perfect cava sorbet for New Year’s Eve... 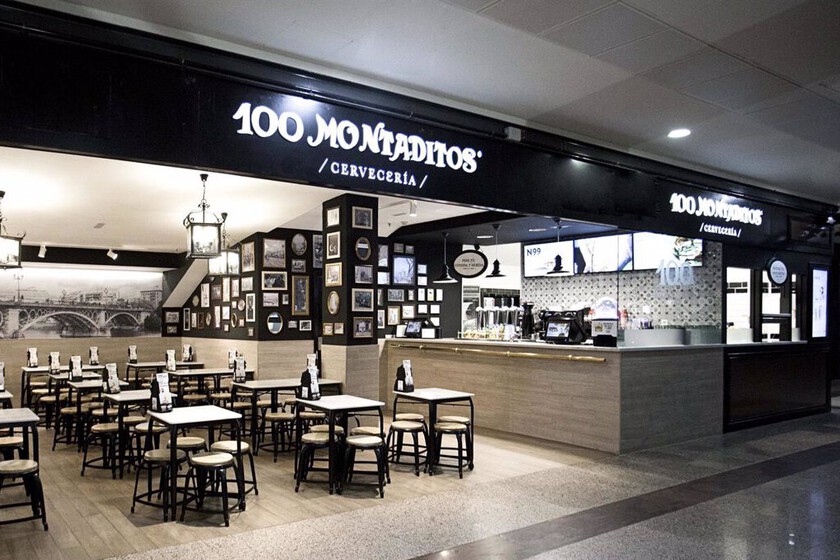 The 100 Montaditos chain changes its name: it is now Sevilla... 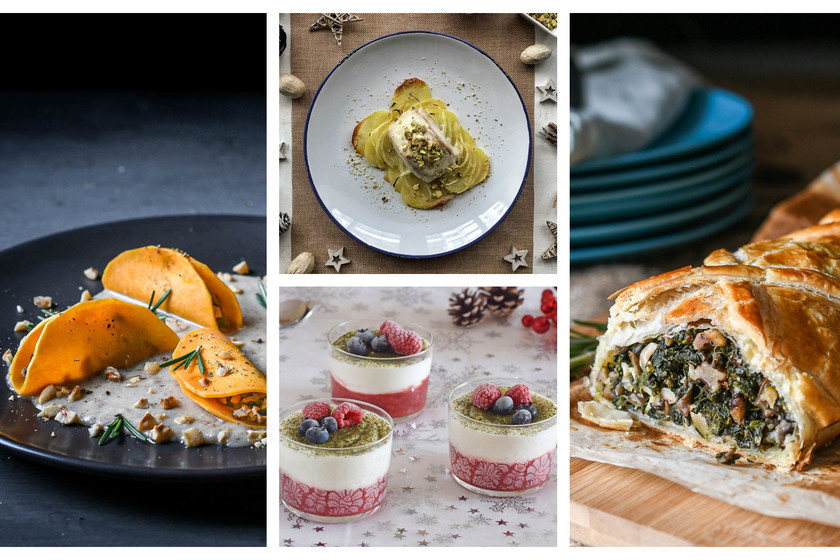 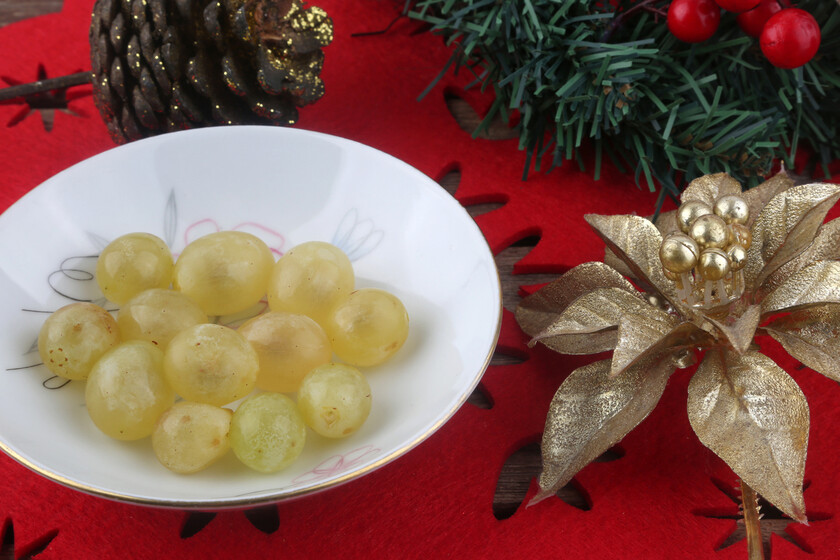 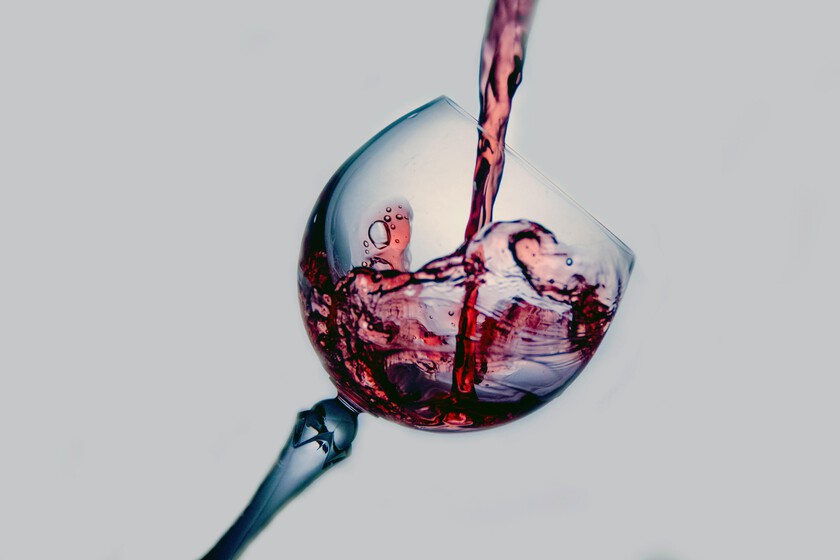 Five wine decanters to serve wine at home like a true... 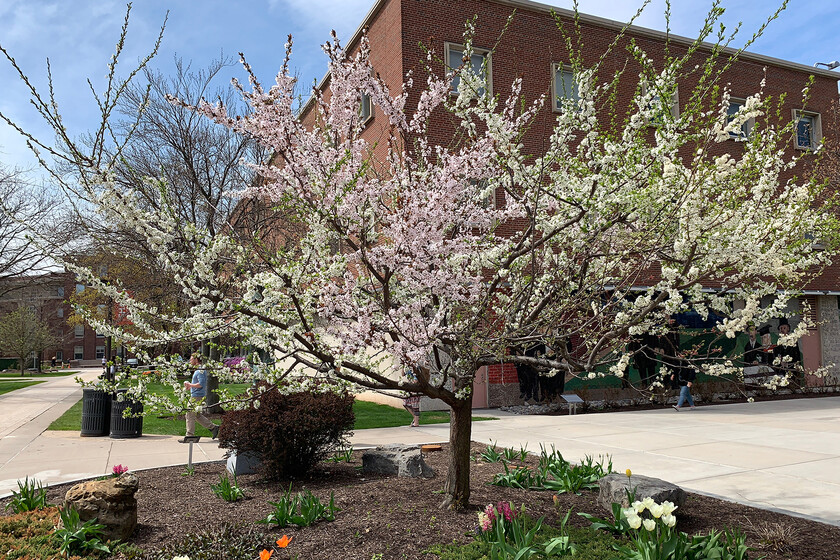 This is the Frankenstein Tree, capable of producing 40 different types... 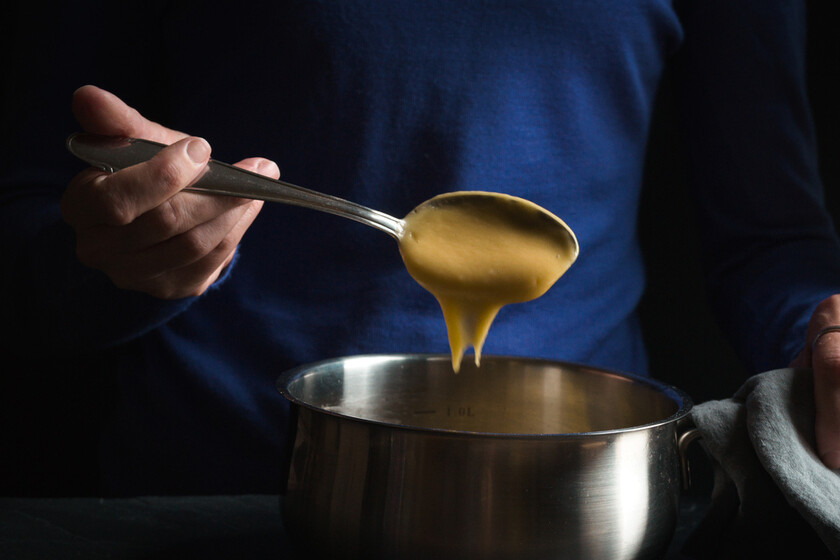 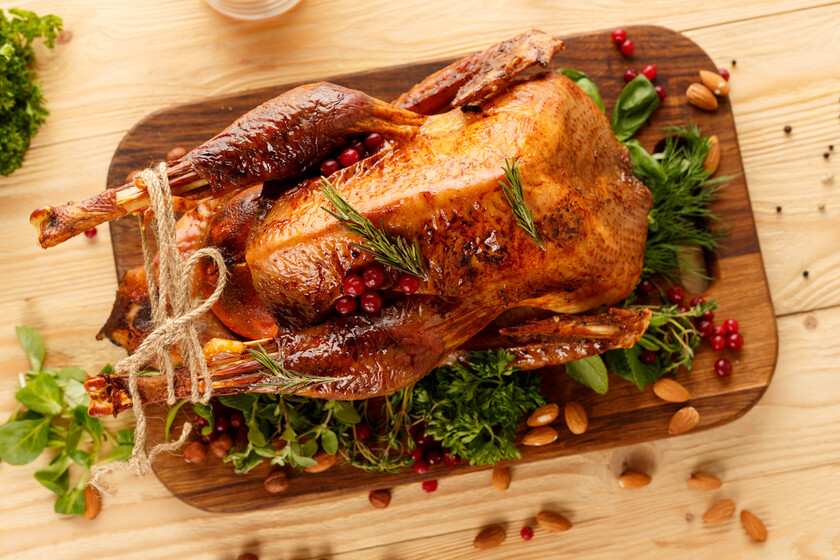 Pularda, capon, chicken, turkey … What bird to choose to roast... 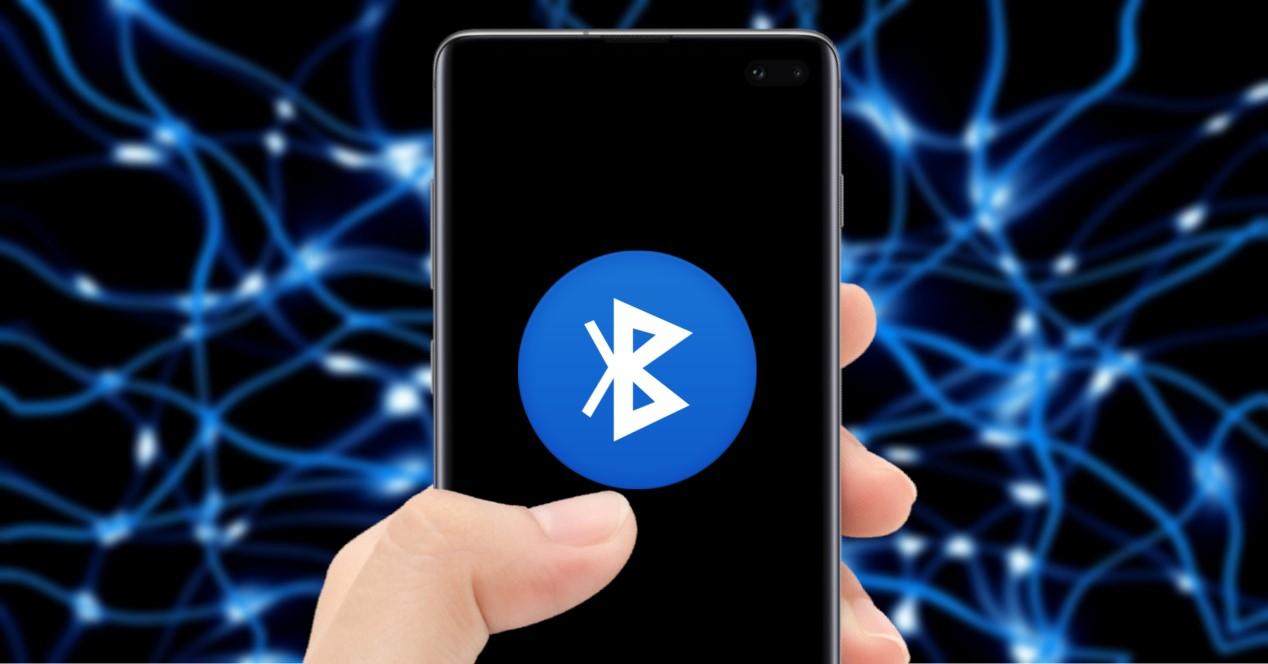