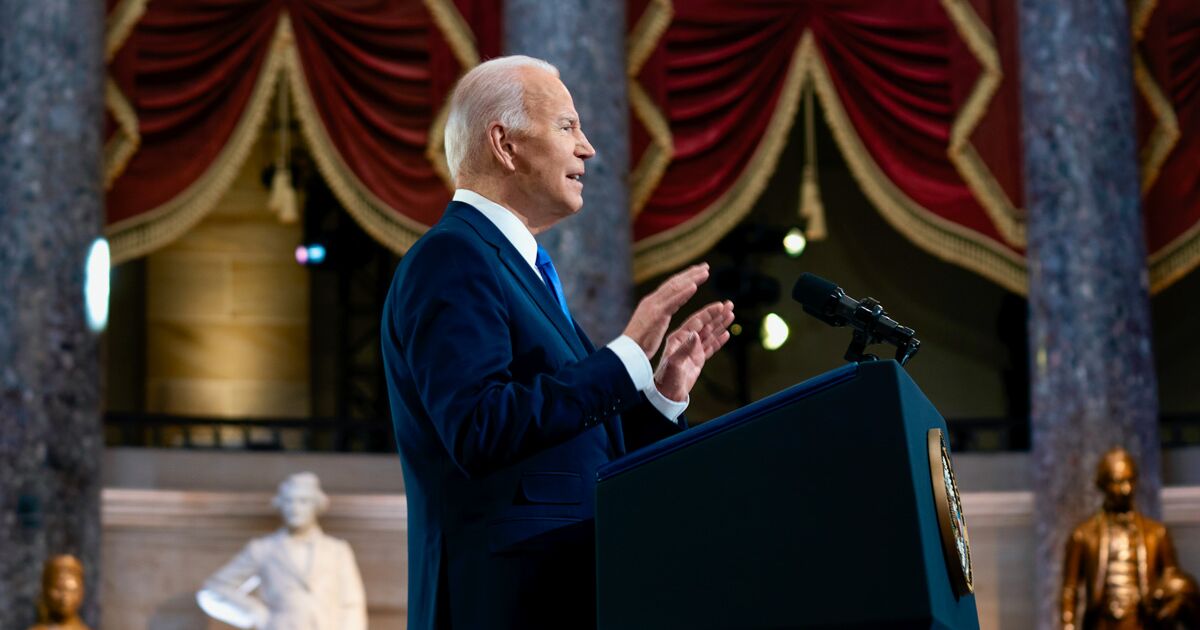 A change in Biden’s speech

The speech marked a change for Biden, who has spent most of his first year in office focused on carrying out his own agenda rather than looking back.

Still, Democrats, a handful of Republicans and many independent observers have warned that the damage Trump did before the riots persists.

He denounced that Trump and his allies have decided that “the only way for them to win is to suppress the vote and subvert the elections”, in a context of growing reforms at the state level that, in practice, promise to make it difficult for minorities to vote and people with fewer economic resources.

Visibly irritated, the president insisted that there is “zero evidence” of the allegations of electoral fraud that Trump spread after the 2020 elections and that have caused the majority of Republican voters to still not believe that Biden won the election legitimately. .

According to a Reuters / Ipsos poll, about 55% of Republican voters believe Trump’s false accusation, which was rejected by dozens of courts, state electoral departments and members of his own government.

Former President Donald Trump, although he has not had social networks for almost a year, was quick to respond to his successor’s speech and assure that it is a “political theater” to distract public attention from other issues.

Read:  What models does Lexus bring to Mexico and where are the dealers?

The president “used my name today to try to further divide America,” Trump said in a statement. “This political theater is only to distract from the fact that Biden has completely and totally failed,” he added.

how are they and what competitions are there

Airbnb could integrate payments with cryptocurrencies in 2022

Ubisoft + will be available on Xbox very soon