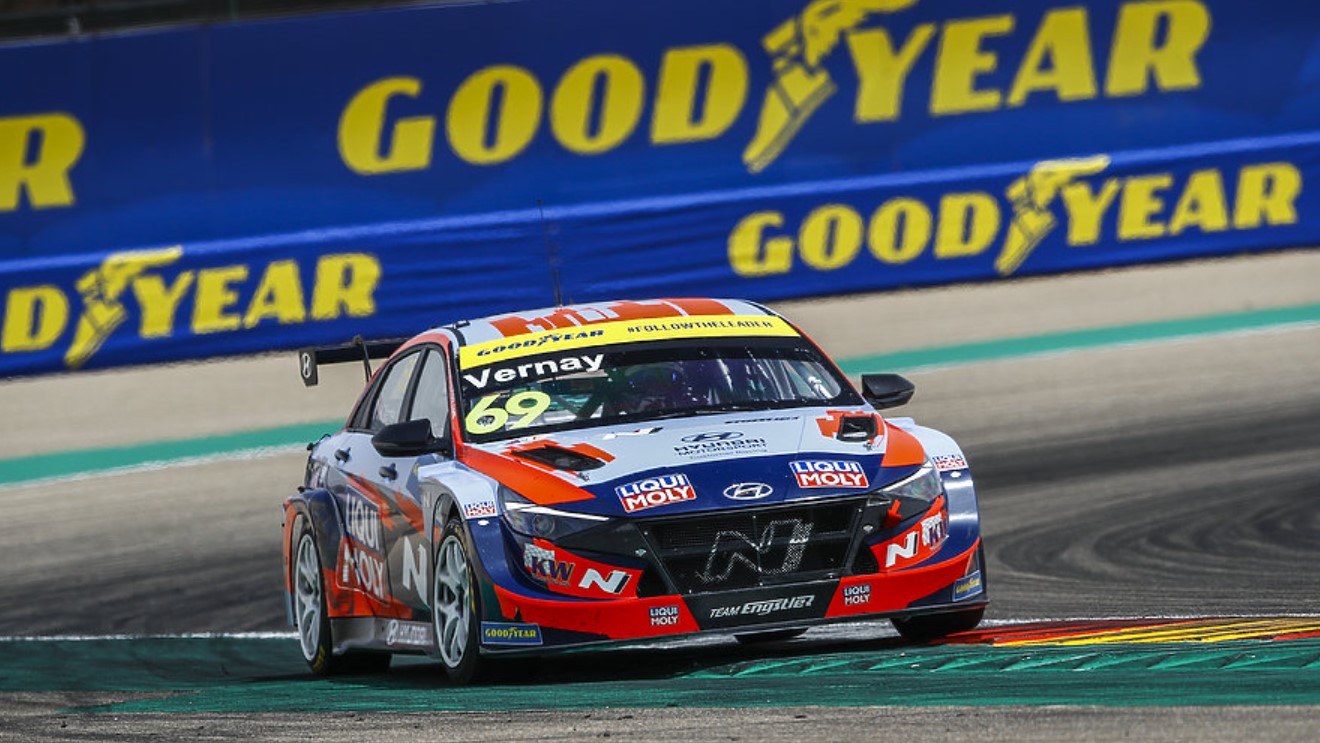 Facebook
Twitter
Pinterest
WhatsApp
The second season in a row in which MotorLand Aragon He was able to enjoy the WTCR World Cup action, this time accompanied by the public, it was a refreshing change of protagonists based on the action of the ‘Balance of Performance’, thanks to which Audi and CUPRA obtained their first joys of this course. The German brand registered the first victory of the RS 3 LMS in the hands of Frédéric Vervisch, while the national coach took a podium with Mikel Azcona on the inverted grill date that eases his situation a bit. However, the man who is still in front, and now with more advantage than before, is Jean-Karl Vernay.

Oblivious to the fact that he wasn’t even Hyundai’s best qualifier, his ninth and fourth place this weekend. place the French driver with 82 points and an eight-point lead, slightly higher than the one presented when arriving at the Spanish circuit. With the fall from grace of Attila Tassi to sixth place overall, the top 3 is completely taken over by French drivers, having Reigning champion Yann Ehrlacher 74 points, and Yvan Müller 67 points. The top 5 is completed by a discreet Santiago Urrutia and the winner of the first race, Gabriele Tarquini, while Mikel Azcona climbs to 17th position of a general in which Jordi Gené is two places behind.

Honda has made a very bad stop of the Spanish weekend, and that forces Münnich Motorsport to give up the team lead to Cyan Racing, accumulating 141 points by the 121 of the Engstler Racing Team and the 111 of the best combined in Münnich. For his part, the Belgian Gilles Magnus continues to be the absolute protagonist of the secondary rankings, where only three ‘victories’ out of 12 possible have escaped him, leading the junior championship with 166 points against Luca Engstler’s 125, and the WTCR Trophy with 62 points compared to 33 for Tom Coronel.

What is pulmonary arterial hypertension?