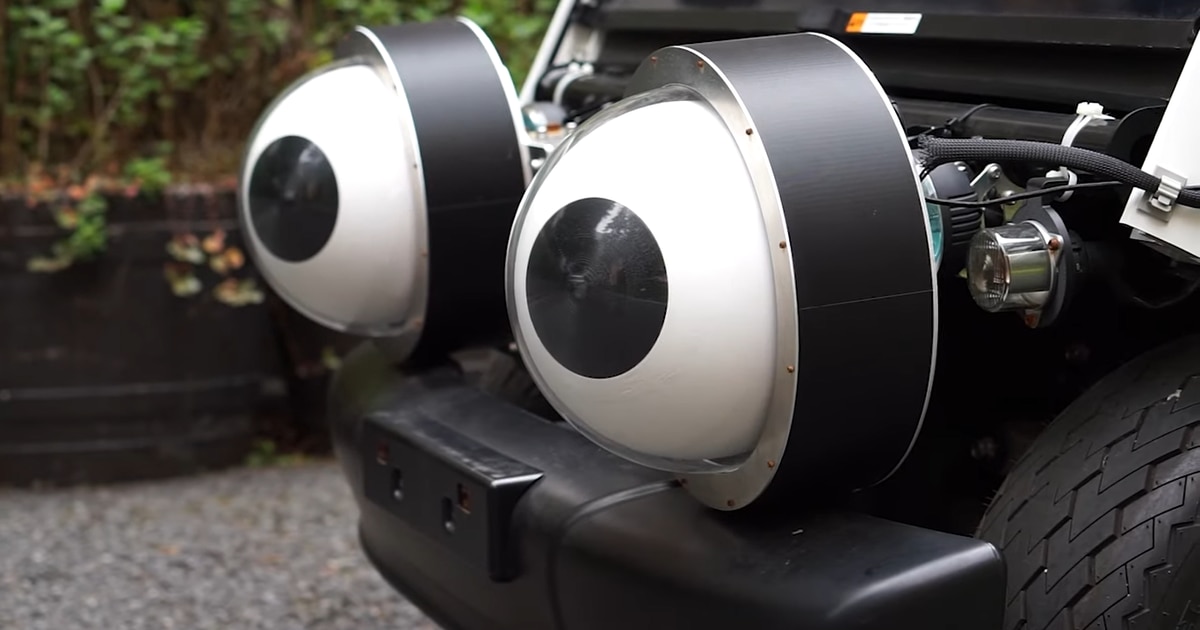 The current automotive industry is fully focused on the development of electric vehicles. But, very hand in hand with these cars, comes the development of its immediate evolution: the autonomous car that does not need a driver behind the wheel.

In this field, Google and other companies have been working for some time on creating an autopilot system that is stable and reliable enough to be able to move beyond its current incipient stage of testing.

However, the reality, as we can see with cars Tesla from Elon Musk and his Autopilot, is that these autonomous driving systems actually still have a long way to go.

So using the systems that exist today in the market can constitute a serious mortal danger for drivers and pedestrians.

It is under this scenario that a group of Japanese scientists and researchers have come up with an unusual and unexpected solution: putting eyes on cars.

Through its official website, the University of Tokyo has just publish the results of his most recent research project focused on the behavior of pedestrians before cars with autonomous driving systems.

Everything started from a simple observation where pedestrians always consider that cars have a driver behind the wheel who is aware of what is happening on the street to maneuver in case they need to brake due to the advance of the pedestrian.

Read:  how regulators reacted to the FTX debacle

To find out, the researchers conducted an experiment using another technology with great potential: Virtual Reality.

In two of them, the car was modified to integrate two eyes to replace the headlights and in the other two it lacked them, looking like a normal car.

In the case of the car with an eye, they could look directly at the pedestrian, or failing that, react with their movement when detecting their presence.

In the end, the experiment analyzed the decision-making of pedestrians, who avoided being run over in the scenarios where the car had eyes.

Since if the pedestrian noticed that the car had already observed them, then they did decide to cross the virtual street, safely reaching the other side, since the vehicle effectively reacted to their presence and movement.

But in cases where the vehicle turned to look at us, or where it had no eyes, the car was always placed on a collision course to cause an accident.

In the end, the look of a driver, real or not, is a relevant element.