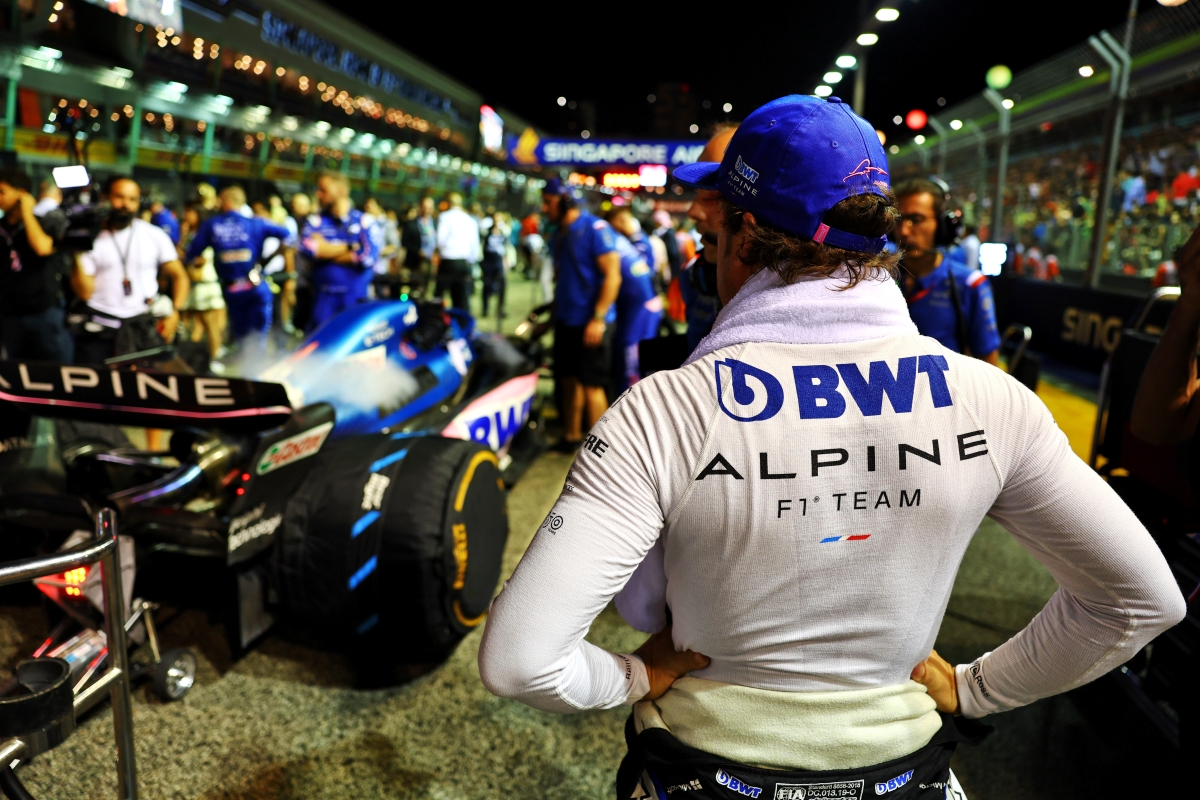 The Singapore Grand Prix caused the umpteenth reliability problem in Fernando Alonso’s Alpine, but it will also see the Spanish driver receive a penalty in the future. At least it won’t be at Suzuka, his favorite circuit.

The respect and affection that are professed Fernando Alonso and Japan it is mutual, because not in vain the two-time world champion is one of the most appreciated pilots in the Asian country. This also contributes to Suzuka being one of his favorite circuits, as well as hosting some of the best memories of him.

«I won once here, in 2006. Then I won the Japanese GP also in Fuji (in 2008). I love this place, everyone enjoys it in Suzuka”begins by saying Fernando Alonso when asked about the venue of the 18th Grand Prix of the 2022 Formula 1 World Championship.

“I don’t think it will be this weekend. But soon”

«The combination of curves, the camber, make the sensations special. And the fans are passionate, it is a different Grand Prix. I am looking forward to enjoying these new cars on a high-speed circuit.”anticipates the Spanish pilot, who does not hide his admiration for the mythical circuit.

“Suzuka is truly iconic. It’s the only figure-eight configuration on the F1 calendar, which I think is interesting. Sector 1 is one of my favorites because it is so fast and I love the exciting sequences of corners that this circuit offers”, he reiterates.

“There aren’t many run-offs either, so you have to be very precise and clinical in your driving.. I also like the old school look, very challenging and demanding. I hope we can give the Japanese fans a good show this weekend”, declares the Spaniard.

But, for Fernando Alonso to put on a show it is essential that his Alpine A522 #14 is up to the task. And, after 10 consecutive races in the points, he hasn’t let him see the checkered flag at Monza and Singapore.

“Reliability has hit us hard this year”, regrets Fernando Alonso. »We have lost a lot of points and now, unfortunately, we are behind in the fight with McLaren. I hope we will have five normal final races, but it has been our weak point this year.

Not in vain, Fernando Alonso already has 4 retirements and several occasions in which points or good starting positions on the grid escaped due to mechanical failures. The breaking of the last engine in Marina Bay also anticipates that there will be a penalty in one of the 5 races that remain to be played.

Although it will most likely not be at Suzuka, confirms Alonso. “We are not sure until the end of the year, so we may have to introduce a power unit.. I don’t think it’s this weekend. But soon”.

Alpine’s aspiration for this end of the season is to achieve fourth position in the constructors’ championship, which, after the fiasco in Singapore, is occupied by McLaren. Alonso points out that “there will be weekends in which we add more points, in others we will add less, but in Singapore many points were lost. It will be very tight until Abu Dhabi »it is finished.