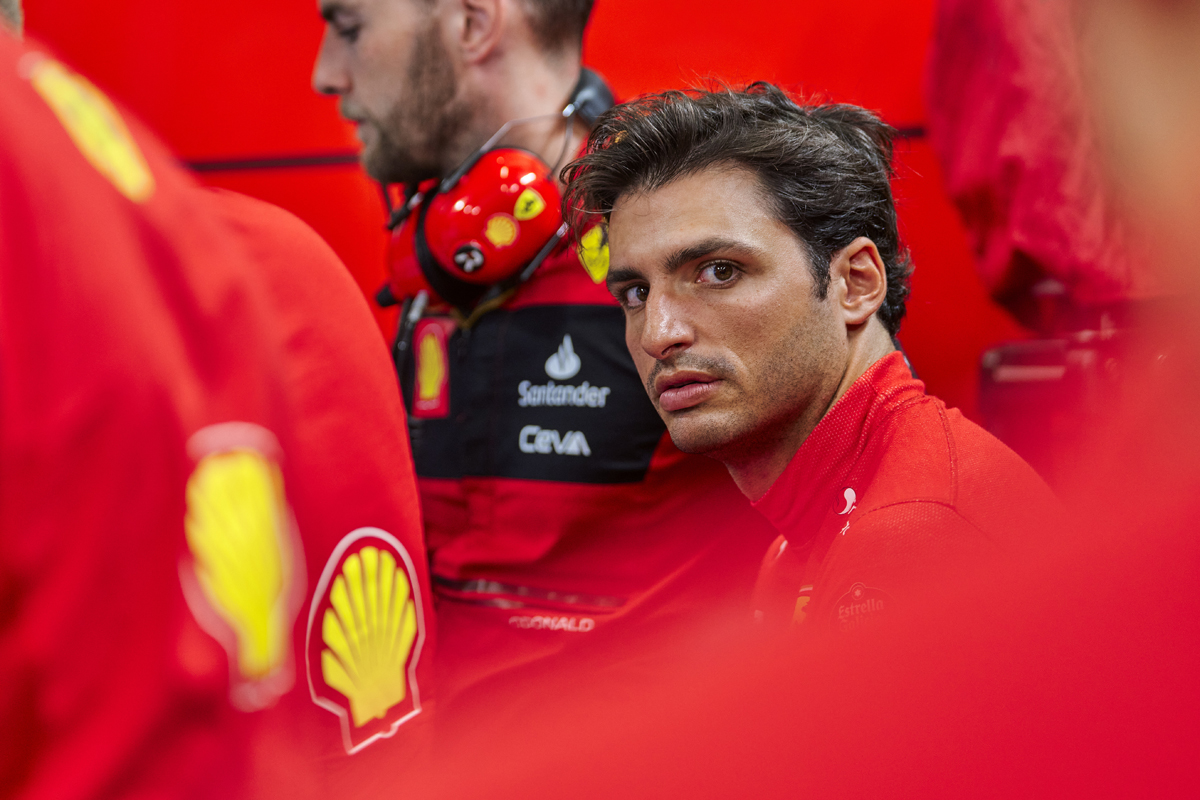 Carlos Sainz believes that Ferrari can be competitive and fight for victory at Suzuka, a circuit much to his liking. The Spanish rider hopes to improve his pace on wet asphalt, as the forecast for the Japanese GP calls for rain.

Carlos Sainz did not have the best pace in Singapore, but saved a valuable podium. A very important result for the Spaniard when it comes to gaining strength to face the Japanese GP, one of the Madrid native’s favorite events. Suzuka is a track that Carlos likes very much and the Ferrari F1-75 should work well, especially in the first sector.

Although not confirmed, the car of the ‘Cavallino Prancing’ should mount a new floor this weekend, which should result in better stability in the first sector, but also in wet conditions. Perhaps for this reason, Sainz has been hopeful of being able to beat Red Bull this time.

«The goal is to win again as a team. We want to win a race again before the end of the season.”

First of all, Carlos stated: «I’m in a good place, I have finished several races in a row and I have not had high or low performance. I think in the last two races we have improved and I think we are a little bit closer to Red Bull than we were at Spa or Zandvoort. The objective now is to win again as a team. We want to win a race again before the end of the season».

With this in mind, Sainz considers that to achieve this they must “execute perfect weekends, something that will also come in handy in the future. We have a good car on all the circuits, but we have to be better than Red Bull in all aspects if we want to win. We haven’t won in a long time, but Suzuka could be a good chance to win and we are going to try».

Circuit of your liking

When evaluating the Suzuka circuit, Carlos Sainz It is clear to him: «Everyone talks about the ‘esses’ of the first sector, but I like the whole circuit. It has varied curves, it is narrow and it has difficult escapes. The whole circuit is well done, from the hairpin that breaks your rhythm after the first sector to the 130R. The final chicane with its curbs is also complex. It has everything and I love it».

Read:  War in Ukraine: is the Russian Formula 1 GP in danger? And the future of Haas and Mazepin?

The Japanese public is also a plus for Sainz: «I have been in Tokyo for a couple of days for a couple of events and I have had a couple of funny encounters with Japanese fans. I am willing to enjoy a lot in one of the circuits that I like the most, an old school track as I say. Here the laps are much more special than anywhere else»

Despite the positivity of Carlos, the man from Madrid knows that there is work to be done since «Singapore was a tough race. There are always them on 22 weekends. That yes, that the complicated races finish third is not a drama either. Singapore was a bit worse day, but we have added a podium and we are here”.

“It is true that it is going to rain and that I want to try a couple of things with the intermediate tires and take advantage to pilot in water. It looks like it’s going to rain a lot, so there are pending tasks. On Friday I hope to be able to shoot and on Sunday the rain forecast is almost 100%. This year’s cars will be fun hereeven if they are somewhat heavier» concluded the Spanish rider.