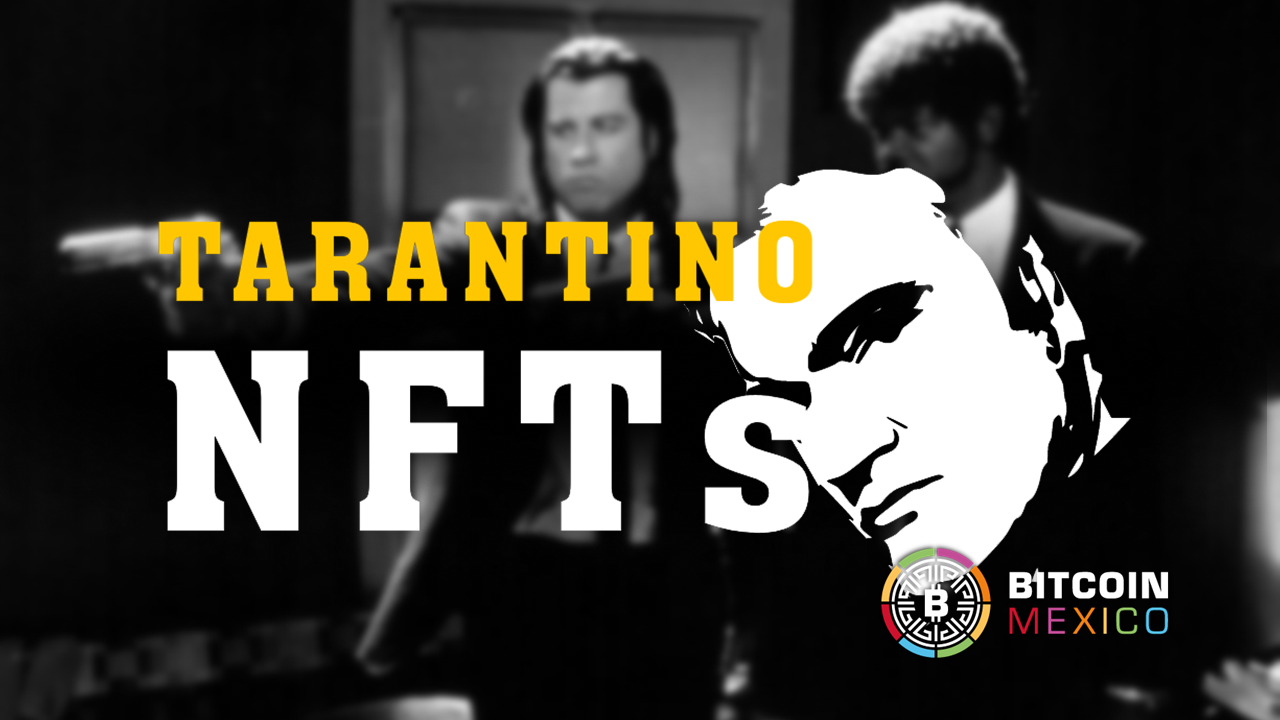 Digital assets have seduced artists, socialites, musicians, athletes and businessmen alike, and the sector made up of the seventh art is no exception.

In fact, in July 2021, actor Anthony Hopkins starred in a film called Zero Contact, which has the distinction of having been released on a non-fungible token (NFT) platform called Vuele.io. The feature film was produced completely virtual, during the coronavirus pandemic in 2020.

Following this example and that of others who have dabbled in such unique digital contracts, the American director, producer, screenwriter, writer, editor, and actor, Quentin Tarantino caught the eye of digital asset enthusiasts in november last year, after having made known the release of non-expendable tokens inspired by his 1994 film “Pulp Fiction” (Violent times).

However, this launch was delayed since the film studio in charge of distributing the film, Miramax Films, filed a lawsuit against the film director, accusing him of breach of contract and copyright, for which he did not have the rights. to carry out the sale of said tokens.

Miramax’s lawsuit against Tarantino contemplates breach of contract, trademark infringement, copyright infringement, and unfair competition, in addition to pointing out that the director’s obvious desire to carry out his project is due to the fact that he wants to take advantage of the growing market for non-fungible tokens.

In order to prove their point, the studio indicated that, in Tarantino’s original 1993 agreements with the studio, it can be seen that in effect, the direct has the right to commercialize reproductions of the script and since the aforementioned NFTs are based on the original script, the director’s attorneys believe there is no reason for legal problems with Miramax.

In this regard, the film director’s lawyer, Bryan Freedman, pointed out that Tarantino has the right to commercialize NFTs from his handwritten screenplay for the film ‘Pulp Fiction’ “.

However, the tape’s distributor pointed out that Tarantino’s reproduction rights are “too limited” to cover the non-fungible tokens, in addition to having mentioned the fact that they were considering the possibility of commercializing the film’s NFTs.

Despite the lawsuit, the creator of the famous film will continue with his plan, despite the legal challenge involved in carrying it out. At least that’s what the tech firm that has partnered with Tarantino and developer behind the privacy-focused blockchain platform announced, Secret Network, SCRT Labs.

That said, Tarantino will begin the commercialization of non-fungible tokens in the second half of this January. The 7 NFT collectibles will begin auctioning on different dates starting January 17, In addition, the final auction will take place on the last day of the month.

Those who decide (and can) get an NFT of this tape, will be pleasantly surprised, especially if they are fans of the work of directing, since Each non-expendable token will be made up of images from the original script written in Tarantino’s handwriting, accompanied by an audio commentary from the director himself.

Likewise, to give more value to each piece sold, it is important to let all interested parties know that theSecret Network tokens have the particularity that its content has a hidden format, so that only the buyer and therefore its owner, can see its content.

Although Tarantino and his team do not intend to wait for a legal resolution as they believe that they have everything to gain by owning the rights to the script of their film, Guy Zyskind, founder and CEO of SCRT Labs, noted in an interview with the outlet Decrypt that the project is running “slower and more carefully” since Miramax filed the lawsuit.

The application of this measure has undoubtedly already left some visible marks, such as the change of some details about how the NFTs will be marketed. One of the most visible changes is the place of commercialization, since instead of being carried out on the popular OpenSea platform, the filmmaker’s team decided to form a personalized auction house within the portal of Tarantino NFT.

In addition, a group of collaborators decided to pause their plans to launch an “Artifact Collection” filled with digital recreations of various accessories from the movies filmed by Tarantino, because of the lawsuit.

The sports millionaires love the most

Is it possible to edit PDF with Acrobat for free?

“The dolls even come with bones”; they exhibit thread of Sam`s Club