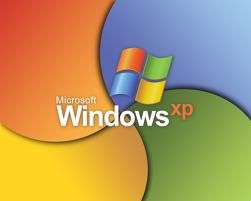 Technology has evolved over time and what was revolutionary in the past is now obsolete. Recently, Microsoft software engineer Raymond Cheng revealed that in the past, a single Janet Jackson song was enough to lock down laptops and hard drives running the Windows XP operating system.

Without a doubt, Windows remains the leading operating system in the world, with a 73 percent market share as of June 2021.

Also, according to data from a net market share studyAs of June 2021, Windows was the operating system with the highest penetration on desktop computers worldwide. Specifically, 88.8 percent of computer users worldwide had this operating system installed on their PC. While in second position in the ranking and with a percentage of less than ten percent, MacOS, Apple’s operating system, is located.

The nemesis of Windows XP

As revealed by a Microsoft software engineer, Raymond Cheng, a song was capable of causing some computers to end up blocked.

The engineer, who learned about the story from a colleague who was involved in Windows XP product support, details in a Windows Dev blog post, how the computer manufacturer discovered that playing Janet Jackson’s ‘Rhythm Nation’ music video could affect a laptop’s hard drive.

Read:  4 great benefits that you will obtain when creating your company 3.0

Given this, in order to diagnose the problem, the engineers set up a laboratory and during their experiments they found that playing the video not only blocked the computer on which it was made, but also some of its competitors, if they were close enough.

The conclusions of the diagnosis highlight that the secret is in the vibrations, since both the 5400 rpm hard drives used by this manufacturer and its competition had the same “natural resonant frequency”they vibrated too much and ended up causing the blockage.

Also, the computer manufacturer stressed that this “resonance frequency is that when exposed to a certain external force, an object will end up oscillating naturally, which allows, for example, to make glass break if it is bombarded by the correct frequency”.

At that time, to solve it, the engineers had to add a custom filter in the device’s audio system, which allowed detecting and eliminating the “offending frequencies” during radio playback.

In his blog post, Cheng also took the opportunity to mention other issues where sound vibrations can end up affecting a piece of equipment, for example, the increase in latency that can be caused by yelling at storage drives in a data center.

In that sense, technology is one of the industries that lives in constant transformation, that is why these types of errors are often not known by people or consumers. But also the creation of new systems and technologies are making some products obsolete.