Bullfrag
Home News James Rodríguez will be announced as a new player for Qatar’s Al-Rayyan... 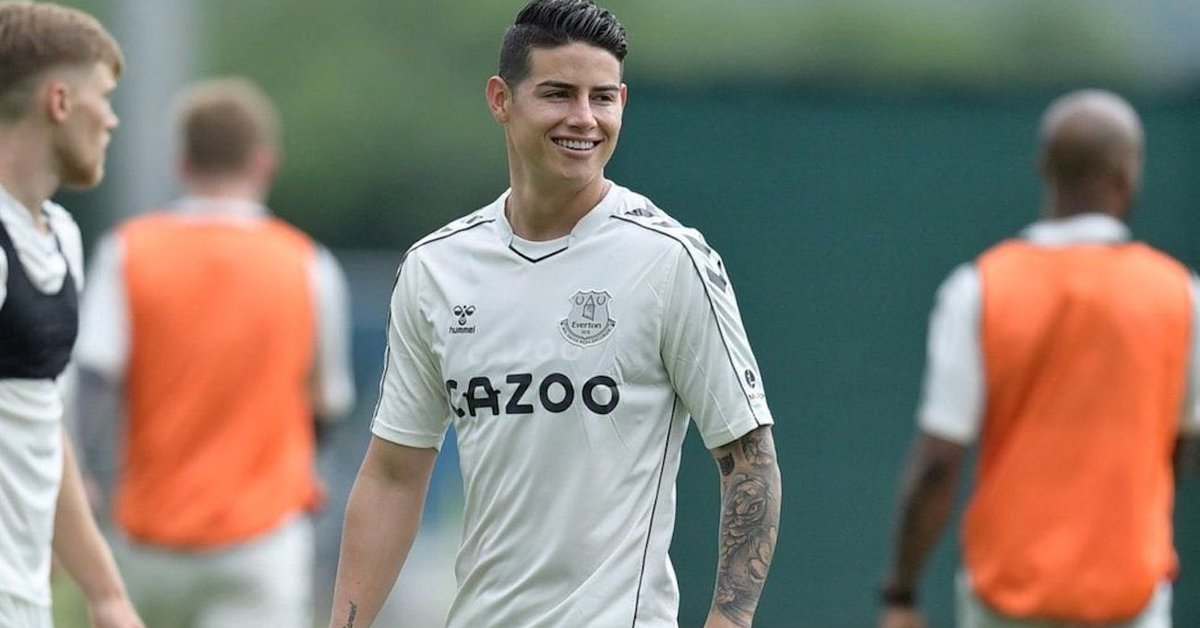 End of the novel: it is a matter of hours before James Rodriguez be announced as a new player of the Al-Rayyan from Qatar. After peak hours in Doha, the Colombian midfielder finally accepted the offer of Asian football and its official announcement is expected to be made in the next hours of this Wednesday, September 22.

“AGREED: James Rodríguez (30) has already given his approval and will become a new #AlRayyan player. The Qatari club will announce at the Colombian wheel in the next few hours, “wrote the Colombian journalist, Felipe Sierra, on his Twitter account, who has obtained first-hand information about the future of the ’10’.

This announcement comes in the middle of a video posted by the whole of Qatar on their social networks, where it shows a series of television screens turning on and counting down. After that, the silhouette of a player appears accompanied by a message that translates “Coming soon”And the emblem of the institution.

Since last Monday it had been known, on behalf of Sierra, that James had arrived from the United Arab Emirates, after get medical exams, to hold a series of conversations with the directives of Al-Rayyan and personally arrange the terms and conditions of your contract. Even the midfielder ‘Cafetero’ would have had a dinner with the leaders, waiting for his future to be known.

“The final decision passes solely by the desire of the Colombian“Then wrote the journalist from Win Sports, stating that this Wednesday Rodríguez should make his final determination on whether or not to accept the offer of Qatari football.

It is still unknown under what terms he would sign, since some versions indicate that it could be a loan until the winter market in Europe (December-January), and then start negotiating with a club from the ‘Old Continent’, or even until the end of the season, in June 2022, when contract with Everton ends. However, there is also the possibility that the agreement is in a total transfer, which would imply that James would be in Qatar football for a longer time.

Founded in 1967, this Qatari club, which uses red and black colors, is currently in the eighth position of the contest, adding two draws in the two games that go this season. Currently, the Qatar League is composed of 12 teams, and Al Rayyan is one of those who seeks to be the protagonist to fight for the title in this campaign, remembering that in the past he ended third.

The French Laurent blanc is his coach, who also enjoyed a recognized career as a player, as he was in teams of the spirit of Barcelona, Inter de Milan and Manchester United, among others. On the other hand, the club has also stood out at the time for having technicians such as Michael Laudrup, Diego Aguirre or Rodolfo Arrubarena.

What would James’s salary be in Qatar?

According to the information released by journalist Paul Joyce, from The London Times, a couple of days ago, he would have negotiated a remuneration of £ 200,000 weekly (about 890 million pesos), which would be equivalent to 11.2 million euros per year.

This salary would represent a considerable increase considering that, according to the information disclosed at the time by the newspaper ACE, at Everton he receives little more than 8 million euros per season, thus being the highest remuneration of the institution. In fact, on the second step appears Yerry Mina, who receives some 7.2 million.

However, the information released simultaneously by the journalist Jeff Kinyanjui, through his Twitter account, would account for a much higher salary, since he estimated that Rodríguez’s agents would hope to be able to finalize the agreement in a few £ 300,000 a week.