By CooperSeptember 27, 2022No Comments2 Mins Read 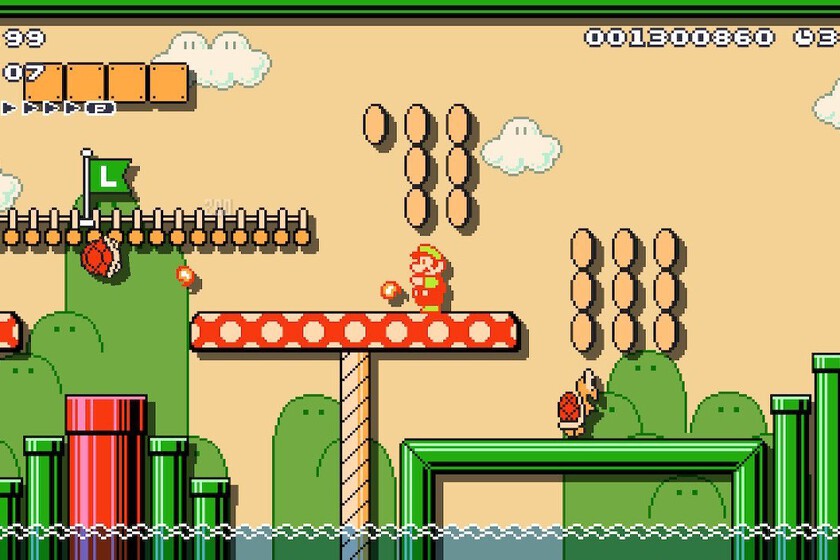 Thanks to Super Mario Maker 2 we have been able to enjoy countless impossible versions of the mustachioed plumber. The work of Nintendo Switch allows us to shape levels of all kinds based on many installments of the platform franchise.

Such is the potential of the title that we now have Super Mario Bros. 5 among the string of constructions made by the community. All thanks to the tireless work of Metroid Mike 64, a user who has been creating a giant world since 2015 that aims to imitate the Nintendo classics.

I’ve finally finished creating my Super World in Mario Maker 2 and have unofficially named it Super Mario Bros 5. I’ve been working towards this moment since 2015, trying to create a classic Mario game that plays as if Nintendo created it themselves. pic.twitter.com/eUNvHQysVq

I finally finished creating my Super World in Mario Maker 2 and unofficially called it Super Mario Bros 5. I’ve been working towards this point since 2015, trying to create a classic Mario game that plays as if Nintendo made it.

Of course, at the end of each world we will have our corresponding final fight against a Koopaling, so we will have to show our skills. Mike has used different color palettes to imprint unique features on each world, bringing different themes.

Read:  It is confirmed that the protagonist of Starfield will not have a voice, the dialogue will be in the first person

“I’ve poured gallons of blood, sweat and tears into this for the last seven years. I hope you enjoy the game as much as I have,” Mike acknowledges. if you want to try Super Mario Bros. 5you just have to enter the following code in Super Mario Maker 2: 0G9-XN4-FNF